A new contender knocked Civilization 6 out of its comfy top spot this week on the Steam Charts. 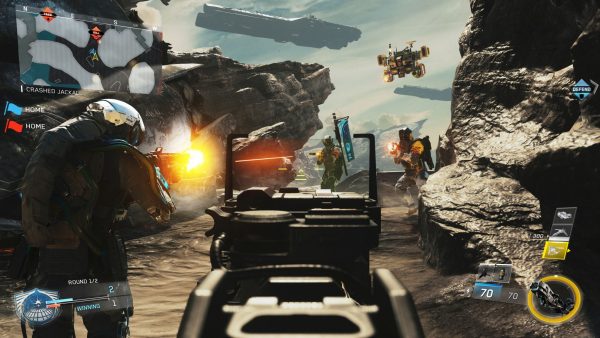 It was pre-orders for Dishonored 2, and the new title from Arkane Studios slotted twice on the chart, as did Civilization 6.

The entire chart for the week ending Sunday, November 13 is below.

Coming in at the top of the list was the new entry starring Corvo and Emily. Pre-order sales were enough to make it the best-selling item on Steam, and it’s sixth place entry can be attributed to the game’s release on Friday, November 11.

Coming in second and fifth is the turn-based strategy game that hasn’t left the charts since its release. The standard edition and the Deluxe Edition, respectively, have both remained best-sellers for weeks.

At number three and released last Thursday on November 10, Tyranny is a story-rich, adventure RPG from Obsidian published by Paradox Interactive. It features branching, stories decisions with far-reaching consequences, classic RPG combat, and an original setting. It has a “very positive” user rating on Steam, and there are three different editions of the game available.

Charting once again this week, this time in fourth pace, is the latest in SEGA’s sports simulation series. Here, players control of a football team and manage them, obviously.

In ninth place is Infinity Ward’s latest in the Call of Duty franchise. The standard entry came in fifth last week, snuggled in between GTA 5 and Skyrim Special Edition. The pre-orders landed in ninth (or was it the other way around?) and in tenth was the Infinite Warfare Digital Deluxe Edition. Still, that’s a lot of Infinite Warfare.

This is a railroad focused tycoon game where players start in 1850 and build up a thriving transport company. As an emerging transport tycoon, the player constructs stations, airports, harbors and makes money by connecting areas requiring transport services. Think of it as being similar to Roller Coaster Tycoon, or any tycoon game for that matter. only with trains, planes, buses, ships and other machinery which can haul people or wares or other stuff we imagine.

A mainstay on the charts. It is given.

Finally, in tenth place is the tactical shooter from Ubisoft. Last weekend was a free to play one, and the game was also on sale for half price so its entry on the chart isn’t surprising. Plus, the new Operation Red Crow expansion was given a release date.