CD Projekt RED is holding a technical pre-closed Beta test for Gwent: The Witcher Card Game tomorrow on PC, and if you’ve signed up for the closed Alpha or Beta, you can toss your name in the hat. 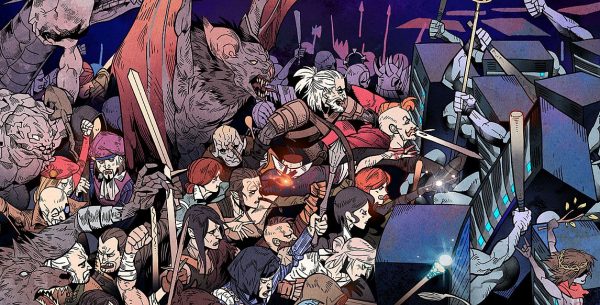 Two stress tests will be conducted. The first will be held tomorrow, September 23 starting at 8am PT/11am ET/4pm UK/5pm CEST. It will last for four hours.

The second stress test will occur on Tuesday, September 27 starting 11am PT/2pm ET/7pm UK/8pm CEST. It too will last four hours.

Since players will be stressing the servers, you should expect some connectivity issues to occur and find gameplay options limited. This means players will not be able to build decks or level up.

If you didn’t sign up for the closed Alpha or Beta previously, do so here. Keys are limited and will be handed out on a first come, first served basis. CDP will post code distribution times via Twitter and Facebook, so keep an eye on those social media accounts.

If chosen to participate in Kill the Servers (KtS), know that it doesn’t mean you will also be granted automatic access to the closed Beta. In short, the closed Beta and KtS are two different things.

The closed Beta for Gwent: The Witcher Card Game will go live on October 25 for Xbox One and PC. Upon release, the game will also be made available on PS4.