Prepare for a lot of time spent staring at a loading screen. 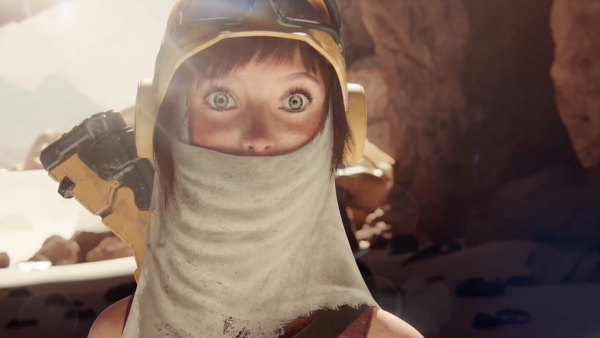 Following the original story, we received a statement addressing the long loading times.

“We are aware that even with the Day One patch, players can still experience long load times in a couple areas of the game. We appreciate player feedback and are committed to improving where we can.”

ReCore is out later this week and reviews are coming out today, but the gaming media aren’t the only ones who have had some hands-on time with the game.

YouTuber Press Start Kofi has already given ReCore a whirl and has reported back on the incredibly long loading screens that have popped up in certain areas and after death.

He uploaded a number of examples on his Twitter account as well as highlighting dips in frame rate.

Responses to his tweets and comments on the NeoGaf thread have been skeptical, with looped videos, a faulty hard drive, and the lack of a day one patch being cited as reasons for the almost two minute long loading times.

Kofi had already installed the patch, but uninstalled and re-installed and still had the same result. He’s even made a video addressing all of the kerfuffle stirred up after his clips were released into the wild.

This isn’t happening with every instance of loading screens and there may well be another patch on launch to fix this, but it’s worth bearing in mind. We’ll see if any of the reviewers have has similar problems when the embargo lifts this afternoon.

ReCore is out for Xbox One on September 13 in North America and Australia, and September 16 in Europe.