DICE’s Robert Sammelin discusses the challenges of setting a game in the most influential and violent conflict of modern times. 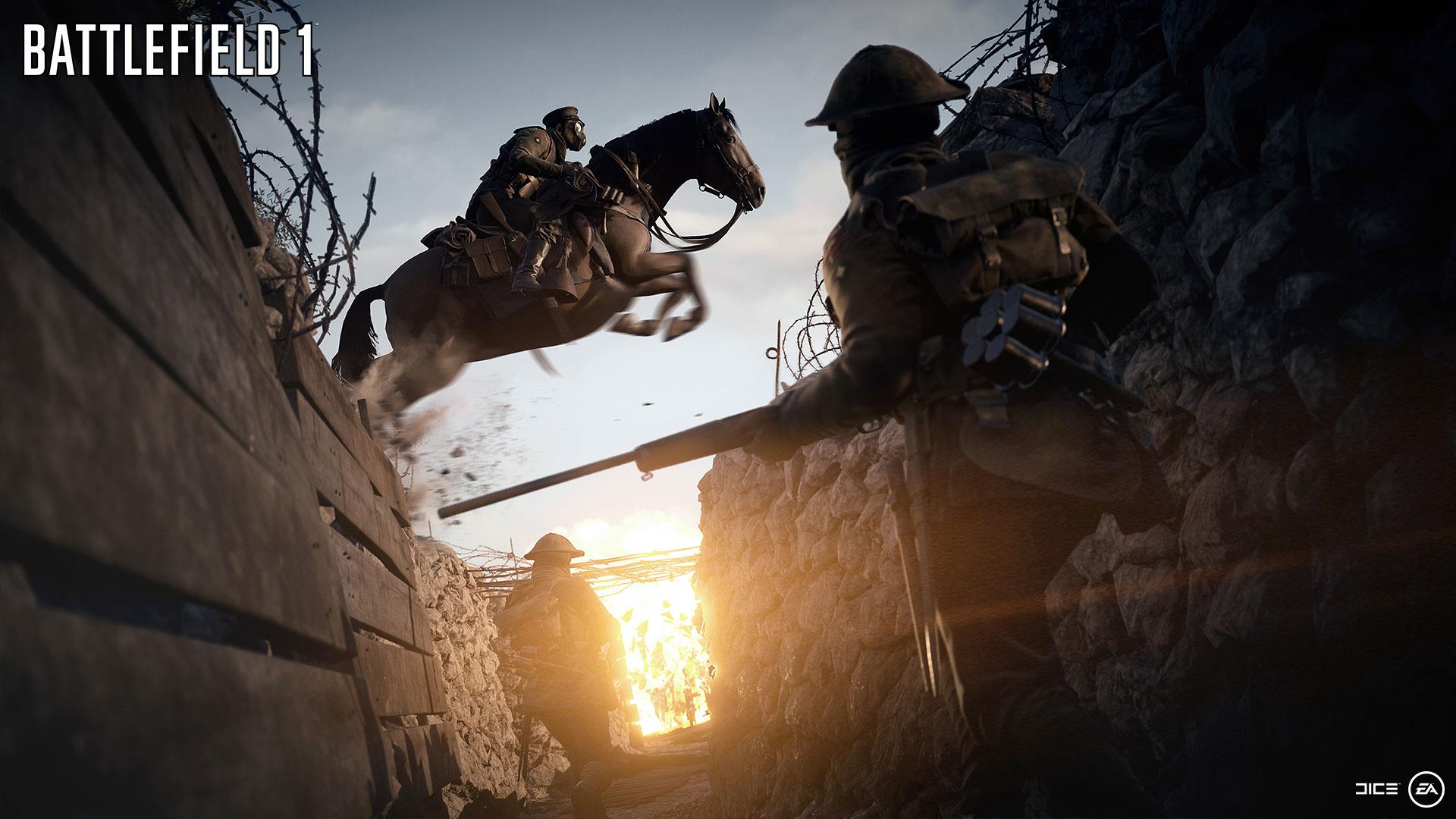 “Seeing where we’ve ended up, World War 1 was perfect for us. I worked on the pitch for it, and like many others in the studio I just really ended up digging into the true history of the conflict.”

EA’s business area booth at Gamescom was a vastly improved affair this year. Where it was once a maze of corridors and private hands-on rooms, this year it switched out for an open-plan design filled with business people, press, Youtubers and plenty of others besides. Best of all there were tables laid out where one can sit down a developer and have a chat.

The biggest presence in the booth was Battlefield 1. An entire corner of the stand was dedicated to it with a mass of hands-on stations. While Titanfall, FIFA and new Star Wars Battlefront content are all also present, Battlefield 1 was clearly EA’s primary focus at the show, and with good reason – the game looks bloody impressive on the set-ups EA had and many, myself included, are particularly excited for a different setting for a multiplayer shooter.

We spoke to Robert Sammelin, senior concept artist at DICE on Battlefield 1, after getting some hands-on time with the game:

VG247: Given your role, it’s obvious to start with art. The World War 1 setting must’ve been a big change for you off the back of BF4 and Hardline – how did you feel when it was decided?

Robert Sammelin: The idea of making a world war one game has been in the back of our heads for quite some time. It’s been a passion project, almost. After Battlefield 4 we really wanted to take a further step and really explore new gameplay opportunities, create more interesting, varied gameplay and go to different locales.

Seeing where we’ve ended up, World War 1 was perfect for us. I worked on the pitch for it, and like many others in the studio I just really ended up digging into the true history of the conflict. We’ve done lots of research and spent a lot of time digging around.

Y’know, it’s fascinating. You start doing that and soon enough you realise… everybody has preconceived ideas of what World War 1 was, but when you start digging you find all these really unexpected parts of the war. It was a big thing for us to challenge these preconceptions and present people not only with the parts that they expect but also the unexpected. That varies across the game: in locales, in weaponry, in tactics, in classes, and things like the behemoths – we have these big war machines like the armoured train and the airship.

All of this meant it was the perfect period to go on a great adventure fantasy using the whole setting. We didn’t have to make anything up. It was all there. It’s perfect.

“We always start with gameplay first. We look at that and decide what it is that we want to try to do. After that, we look to see if the history can accommodate that. In Battlefield 1 we’ve stayed really true to history and realism, but also we’ve stayed committed to putting fun first.”

Was there ever a temptation to push beyond history and take some historical liberties for the sake of play?

Well, I think initially everybody was curious to see what we could do with it. We have people on the team – particularly the game designers – that are focused on the eras, they do all the research. We always start with gameplay first. We look at that and decide what it is that we want to try to do. After that, we look to see if the history can accommodate that. In Battlefield 1 we’ve stayed really true to history and realism, but also we’ve stayed committed to putting fun first.

So that means some weapons maybe were developed late in the war, because the technological advancements were enormous during this period. Even though a particular weapon or technology may have came in late in the war, we still include them in the full range of battles.

The same is true for the armies – the British Empire, the Ottoman empire, the German empire, the Austro-Hungarian empire… [laughs] There’s a lot. They were all vast empires, right? The British Empire spanned, what, 25 percent of the globe at the time? That encompasses loads of different armies and countries, so what we’ve chosen to do is include those in places that they didn’t necessarily fight in. They were still part of the overall war, so we’ve included them. 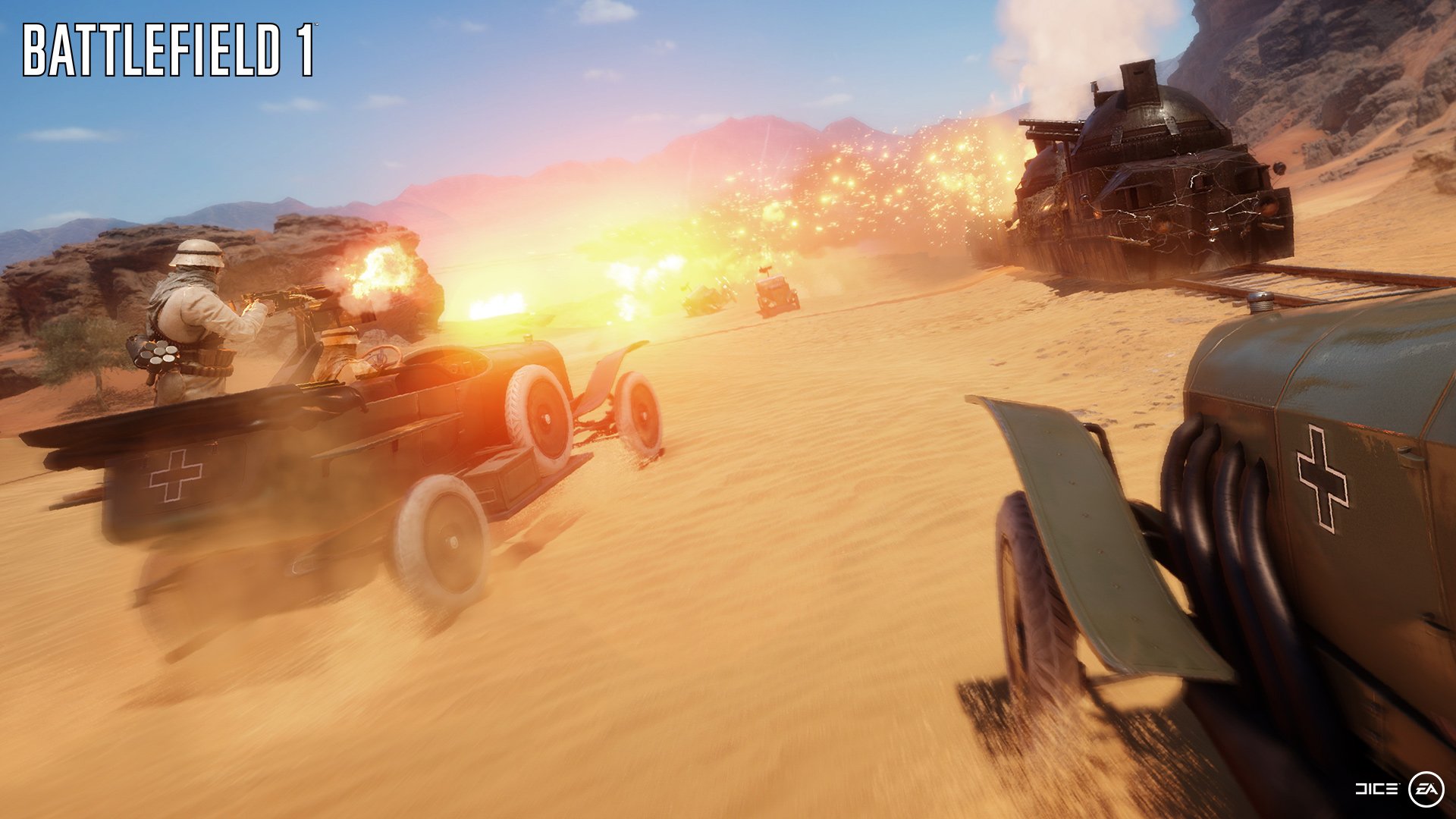 I imagine in your job one of the larger challenges is ensuring a multiplayer map can stay fresh. What do you do to try to make it so that the 200th time it loads for them a player is still visually engaged?

[laughs] Yeah. Well… it’s a really long process. It’s about finding out what locale to set a map in, and from there it’s a lot of iteration and a lot of research. We went around the world to gather research and reference material on all sorts of places. We really dug into it hard, and through that we discovered how we could vary things.

Battlefield is also about the epicness of it, the vastness, and so it’s key we get that into each level. We also cater to a good variation with everything – the idea is that no battle is ever the same. In level design a big factor is our dynamic events, and the destruction this time is more intuitive, it’s more natural. We can reshape the environment around you when you play, but also things like the dynamic weather comes in to give a sort of fresh unpredictability to levels. You can have clear rain suddenly turn to thick fog or heavy rain, and in the case of Sinai Desert there’s a sandstorm – making sure that it’s never the same experience twice – you always have a new one.

“I think of it as being like war fantasy fiction, but one rooted in reality. Covering all these vast empires and the wide spread of the armies and so on… you have to do a lot of research to get it right, and you do have to tread lightly in certain areas.”

To keep harping on about the setting side of things… what do you think was the biggest actual challenge in the WW1 shift? Be that something you worked on or something you watched others struggle with.

That’s a tricky question. It’s really hard to answer. I mean, we face a lot of challenges in terms of just making great opportunities for players to experience during the game. Each and every one of us on the team faces difficult challenges… it’s hard to say what the big ones were…

Really, treating the history with respect and staying true to it while still providing a fun experience, that sometimes proved pretty tricky. Also going to really remote locations to depict these ideas. For instance we have in one of the operations – which is a new game mode we have – it takes place in the Italian Alps. That’s a challenge in itself – that’s a very striking locale to add to gameplay, but also making it really flow and work… it’s very much unlike a lot of what we’ve done before. 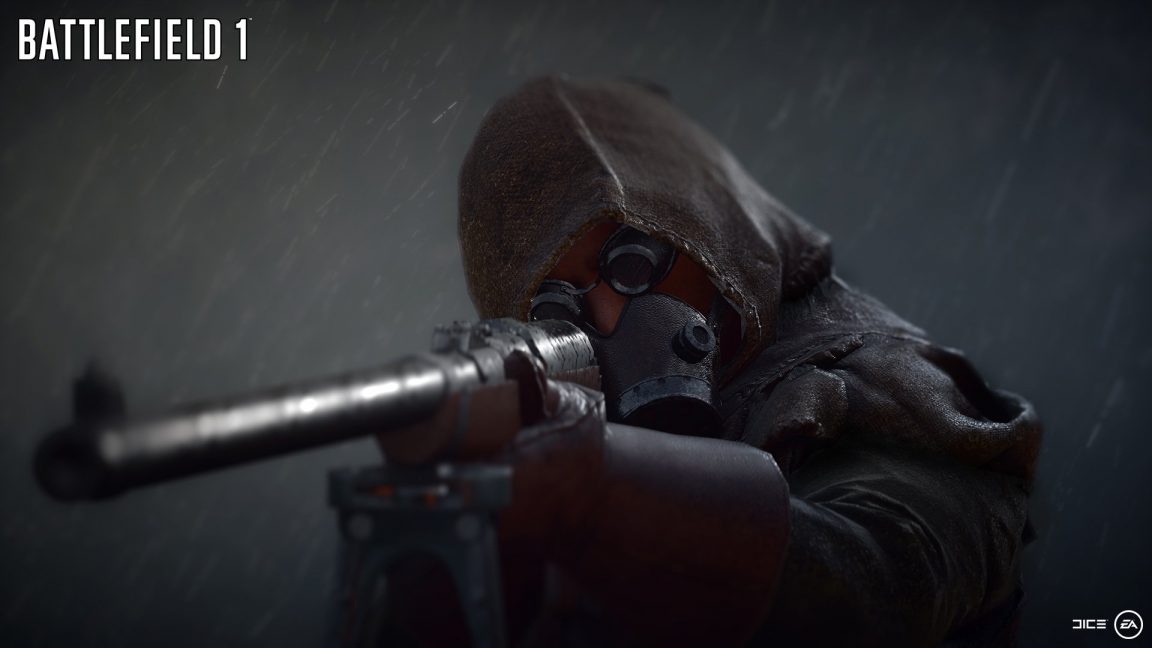 So there you touched on my final big question – WW1 was an incredibly devastating conflict, and some cultures are more sensitive about it than others. How was navigating that while making what is essentially a fun multiplayer game?


We wanted to definitely stay away from the tropes and the sort of… well, the preconceptions of the war. We want to focus on fun over realism in a certain regard and steer clear of just going into full dread with everything. But, yeah – it is challenging, making something that’s appealing and fun but still stays true to give a realistic experience.

I think of it as being like war fantasy fiction, but one rooted in reality. Covering all these vast empires and the wide spread of the armies and so on… you have to do a lot of research to get it right, and you do have to tread lightly in certain areas.

Battlefield 1 is out October 21 for PS4, PC and Xbox One.