Nuka World is the the last, and possibly biggest, Fallout 4 add-on to date. 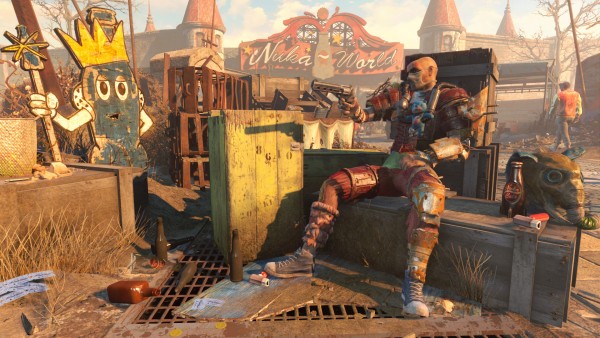 Now that Bethesda has revealed the release date for Nuka World, Fallout 4‘s final piece of DLC, it’s time to do some digging in the game’s Steam Database.

The Steam Database entry for Nuke World lists a file size of 3.66 GB (via GamingBolt), which is noticeably bigger than Far Harbor’s 2.69 GB.

The Steam Database keeps record of all information about games on the store, as well as DLC. It reveals things like changes to games ahead of big releases, and always points out all minor updates, which sometimes can be used to determine if work on certain games is being done behind the scenes.

Of course, size difference could be attributed to practically anything, and may not necessarily translate into meaningful content, but, in terms of how big it is at lease, Nuka World is a winner there.