Players will be able to control both Corvo Attano and Emily Kaldwin in Dishonored 2, and while Corvo’s powers will feel familiar, they have been extended as well as enhanced. 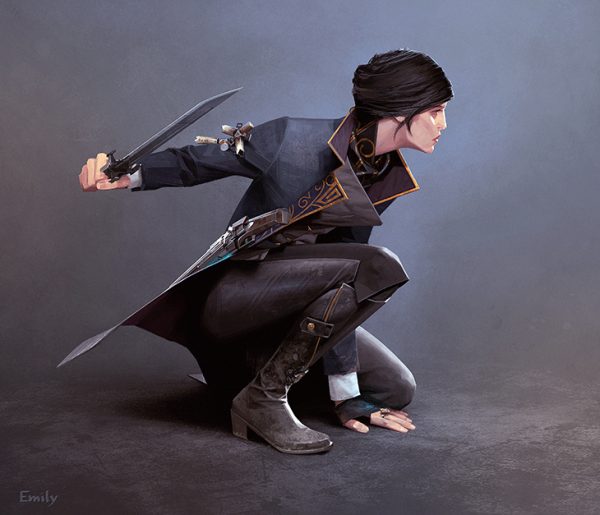 According to post over on the Bethesda website, Dishonored 2 co-creative director Harvey Smith and lead designer Dinga Bakaba laid out what to expect from both Corvo and Emily from a gameplay level and how their personalities differ.

“You now have upgrades you can acquire, and you have a power tree,” says Bakaba regarding Corvo. “I think players will have an interesting experience playing the game once with Emily and once with Corvo, because different powers mean different solutions to problems and a different experience.”

Both characters will also have powers which differ from the other. Emily, who was raised in a sheltered manner and trained by Corvo, has the potential in the game to become the perfect assassin. Even though she raised by Corvo and not in a palace befitting a royal, she is still an empress and projects it through her demeanor, her powers and even her choice of clothing.

“Emily doesn’t wear rags,” said Smith says. “She wears clothing befitting someone who grew up in a palace. She has taste and she has the finest tailors working for her.

“When she’s carrying a pistol or a crossbow, they need to look like they were made by the finest craftsmen in the Empire of the Isles.”

Because of this, the team needed her powers to reflect her situation, her age and her personality which allows her to “subdue the will of others.”

One such power allows Emily to call upon an “entity from the Void” which enthralls foes, allowing her to eliminate them or passively walk past them to avoid confrontation altogether.

She can also use her Domino power which links enemies together to where they are affected with one action.

Set 15 years after the events of the first game, Dishonored 2 will release on November 11 for for PC, PS4 and Xbox One.