Will Rocket League be the olive branch between PSN and Xbox Live? 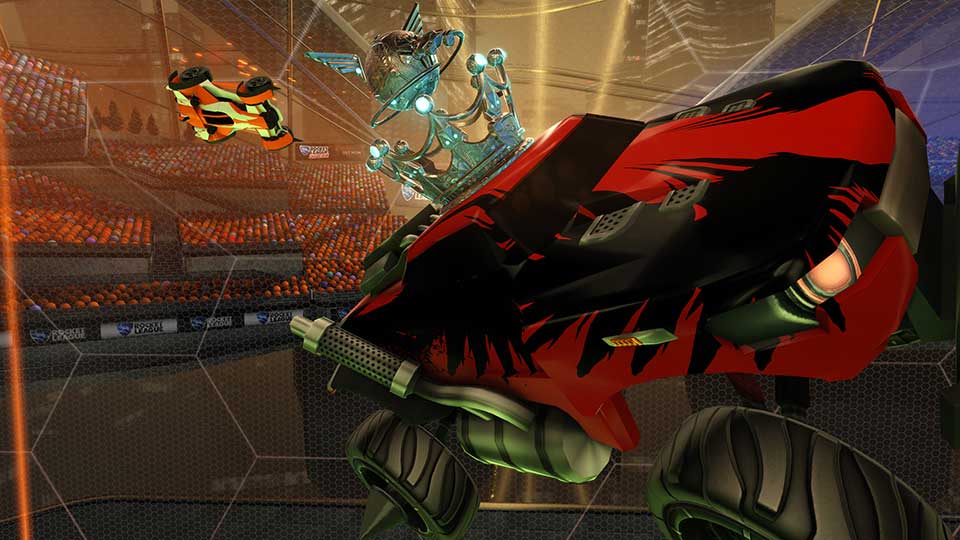 Rocket League developer Psyonix has been working on a tech solution to allow PS4 and Xbox One owners to play together for some months now.

Speaking to IGN, vice president Jeremy Dunham said the studio has now managed the feat, and is ready to go as soon as it gets the green light.

“We’re literally at the point where all we need is the go-ahead on the Sony side and we can, in less than a business day, turn it on and have it up and working no problem,” he said.

“It’d literally take a few hours to propagate throughout the whole world, so really we’re just waiting on the permission to do so.”

That heavily implies that Microsoft has already said yes to the arrangement. Historically Xbox has been seen as the less-open of the two platforms, but ever since it got excited about PC and Xbox One cross-play Microsoft has seemed less reluctant to make peace. Now it’s Sony who appears to be dragging the chain, even though it already allows cross-play with Nintendo platforms.

Rocket League is available on PC, PS4 and Xbox One, and supports cross-play between PC and consoles.