World of Warcraft: Warlords of Draenor was announced as the next expansion to the MMO today during BlizzCon 2013, and below the break you will find a couple more videos showing faction zones, and the orc homeworld of Draenor. Screenshots and art are below along with an FAQ as well.

In the expansion, players will face new foes from the Horde fortress in Frostfire Ridge, homeland of the Frostwolf clan, and Shadowmoon Valley, base of operations for the Alliance and home to the draenei holy temple of Karabor.

Players will also travel to Draenor, homeworld of the orcs and bastion of the draenei before it was shattered into what is now known as Outland.

You can read up on the lore for the expansion through here.

You can catch up on the opening ceremonies from the event here.

Here’s an FAQ on the expansion:

How does the Garrison work? What kinds of followers and upgrades are available?

To establish a foothold on Draenor and bolster your faction’s defenses against the formidable Iron Horde, each player will need to build and manage their own Garrison, a customizable fortress that serves as your personal base of operations throughout the course of the expansion. As you complete quests and win allies to your cause, your Garrison will expand and you’ll be able to choose which upgrades you’d like to construct from a variety of options. You’ll also meet and recruit NPC allies and followers who will join you at the Garrison, each providing different benefits.

For example, a miner rescued from a dungeon might take up residence and help gather Mining resources. A heroic warrior you quarter might embark upon quests at your command, with a chance to return with valuable treasures. Other characters might provide you with quests that expand upon their own stories or lead you to valuable assets in your campaign.

When it comes time to upgrade your Garrison, you might choose to build a Barracks to send more followers on missions simultaneously, an Inn to provide new recruits, or an Infirmary to speed up injured followers’ recovery time between assignments. You may instead decide to build a Smithy and recruit a Blacksmith to research new plans and craft valuable resources (such as those with daily cooldowns). You’ll also be able to invite friends to visit your Garrison to trade resources and see how your home base stacks up against their own.

What new zones will I explore on Draenor?

The expansion sends players to Draenor as it existed before it shattered into the realm World of Warcraft players know as Outland—and while some of the names of these places might be familiar, we’re building them all from scratch for the expansion.

Here’s a breakdown of Draenor’s zones:

Shadowmoon Valley: Amid rolling moonlit hills, the draenei at the holy temple of Karabor unite with the Alliance in a desperate fight for survival against the Iron Horde and Shadowmoon clan.

Nagrand: Among the fertile hills and outcroppings of Nagrand, the bloodied wolf-riders of the Warsong clan remain a threat not to be trifled with.

Why are you giving everyone a level-90 character boost?

World of Warcraft is constantly evolving, and these days players engage with the game in a wider variety of ways than ever. Some enjoy the process of exploring the world and leveling up. Others enjoy the challenge of raiding. Many simply enjoy playing with their friends, wherever they may be. One of our primary goals with Warlords of Draenor is to empower WoW players to quickly and easily be able to participate in the content they’re most interested in, and giving everyone a level-90 character upgrade right out of the gate helps make that possible.

One common piece of feedback we’ve received from new players and those who’ve taken an extended break from the game is that World of Warcraft requires a significant time investment before they’re able to “catch up” and play with high-level friends. Design changes such as speeding up the leveling curve and features like the popular Scroll of Resurrection and Recruit-a-Friend system have proven very popular, but the issues’s only getting more challenging with each patch and expansion we release. By giving players the option to boost a character to be ready for the latest expansion content, we hope to remove some of these entry barriers and make it so anyone can pick up and enjoy Warlords of Draenor right away, no matter how much World of Warcraft they’ve played in the past.

It’s been a while since I’ve played WoW—will I know what to do with a level-90 character?

At the start of the new expansion, players will be thrust into an exciting introductory experience involving a desperate strike against the orc forces on Draenor. During this opening sequence, new and returning players will have an opportunity to get up to speed on the game before diving into their faction’s starting zone content—similar to the Death Knight starting experience in Wrath of the Lich King. We’ve also recently added features such as Proving Grounds, which help players learn how to tank, heal, and deal damage in dungeons in a solo “teaching” environment, to help ease the learning curve and prepare players for battle as quickly, efficiently, and enjoyably as possible.

How will the included level-90 character upgrade work?

In regions where players purchase World of Warcraft expansions, each World of Warcraft account that you upgrade to the Warlords of Draenor expansion will receive one level-90 character boost (to be used once the expansion releases). You don’t need to decide which character to boost immediately. You can also create a level-1 character from scratch and then use the upgrade on that if you wish. The boosted character will also receive a level-appropriate set of gear (along with some other assistance) to make sure you’re set for adventuring. We’ll have more details to share as development continues.

For regions where players do not purchase expansions (including China, Korea, and Taiwan), we’ll have more information to share on our plans in the future. In the meantime, our goal for all regions remains the same—to give players a way to get straight to the action in Draenor.

Why revisit the player races’ art now? Will I recognize myself in the mirror?

As we’ve released new World of Warcraft content and expansions, we’ve received feedback that some of the earlier player character models and animations are no longer measuring up to the quality of the newer races. Because Warlords of Draenor takes players back to the homeland of the Orcs—one of WoW’s original playable races—it felt like a great time to update not just the Orcs, but other playable races that could use a refresh.

We know that many of you already strongly identify with the look of your current character, so we’re dedicating a lot of time and resources to make sure these updates capture each race’s iconic identity and personality. We’re still in the process of determining which races will be available upon the expansion’s release, but our goal is to update all eight of the original World of Warcraft playable races, along with the Draenei and Blood Elves, over the course of the expansion launch and subsequent content updates.

What kinds of bonuses will my character earn on the journey from level 90 to 100?

Warlords of Draenor introduces a new bonus system that rewards players with powerful perks as they level up to the new cap. At every level from 91 to 100, characters will earn a major permanent boost to one of their their key spells and abilities (e.g. a Fire Mage might earn a +50% damage boost to Pyroblast or +30% boost to Scorch). Players will also unlock a new talent tier once they’ve achieved level 100, rewarding each class with three potent new abilities to choose from.

What are the plans for new Dungeons, Scenarios, and Raids?

We’re planning 6 new 5-player dungeons for the launch of Warlords of Draenor, along with a revamped version of the classic Blackrock Spire. One of our goals is to make sure we’re giving players a good mix of “level-up” Dungeons along with some new, unexplored Dungeons to delve into at max level. The expansion will also give players a chance to earn awesome transmogrifiable weapons and other unique rewards in Challenge Mode Dungeons. We’re also planning a wide variety of Scenarios for launch, along with Heroic Scenarios for those who enjoy the extra challenge.

On the Raiding front, we’re planning 2 new raid instances around launch, as well as new world bosses. We’ll also continue to provide players with a wide variety of raiding options. In addition to offering four tiers of difficulty as in Patch 5.4, we’re also extending our Flexible Raid scaling technology to Normal difficulty raiding. We’ll have more details to share as development continues.

What challenges await in the world of PvP?

Warlords of Draenor will feature a new world PvP zone that hurls Horde and Alliance players into an epic conflict in the center of Draenor, fighting for control of the strategic fortresses that line the planet’s territorial boundaries. This new area will be seamlessly instanced, with the goal of providing better performance and a more balanced PvP experience than was possible in WoW’s earlier world PvP zones. We’re also planning several major PvP-related UI improvements, including updates to help you track and communicate with your team about objectives in Battlegrounds, along with enhancements to Arena and Rated Battleground enemy unit frames designed to relay key information more clearly.

What’s in store for professions?

One of our goals in Warlords of Draenor is to make each of the game’s existing Professions more engaging and integrated into the gameplay. To that end, the Garrison will play a major role in your character’s Professions in this expansion—similar to how your farm was key to the Cooking profession in Mists of Pandaria, only on a much more epic scale.

What can players expect while questing in Draenor?

We received a lot of feedback over the course of Mists of Pandaria about what kinds of quests and world PvE content players enjoy most, and we’re continuing to evolve the questing experience in Warlords of Draenor with that in mind. Our goal is to give players a wide variety of fun and unexpected activities, ranging from the kinds of quests they’re familiar with to new experiences along the lines of the exploration- and event-driven Timeless Isle introduced in Patch 5.4: The Siege of Orgrimmar.

Will you be making any changes to what Stats are available?

One of our goals for Warlords of Draenor is to make the act of finding and collecting loot even more exciting for players. With that in mind, we’re adding some fun new stats to gear, such as Movement Speed and Cleave, which gives you a chance to do extra damage or healing to additional nearby targets. In addition, we’ll be retiring a few stats that players don’t find very enjoyable to manage, such as Hit and Expertise. We’re also making improvements to armor itemization that will make it easier to share armor pieces across classes. We’ll have more details to share as development continues.

Will there be any updates to the graphics and changes to the minimum system requirements?

Yes—we’re planning a number of tweaks and improvements to the graphics engine in this expansion, including some updates related to the upgraded player characters and the introduction of the Garrison. We’re also looking into updating other existing systems with an eye toward improving graphical quality and performance. We’ll announce the exact system requirements closer to the expansion’s release.

Warlords of Draenor will be released for PC and Mac, and is currently without a release date. 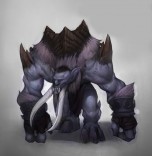 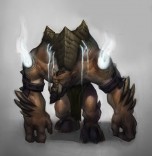 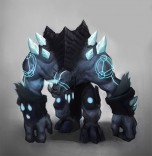