Remember when Naughty Dog said it's working on single-player DLC for Uncharted 4? Well, it looks like we won't be waiting long to hear more about it. 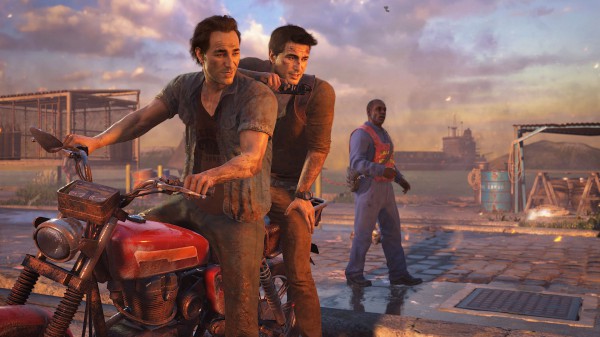 Prior to the launch of Uncharted 4, Naughty Dog confirmed the game would receive post-launch, single-player DLC, similar to The Last of Us' Left Behind.

Work on said DLC supposedly started near the end of the main game's development, hence why we've yet to hear anything about it. According to a new rumour, however, we'll be getting more than just news very soon.

Jaffameister cites a Sony insider in saying that the DLC will be revealed at the PlayStation Experience event in December.

Not only that, but attendees will be able to go hands-on with it as well. According to the site, the add-on will be standalone, and will focus on Samuel Drake, Nathan Drake's brother who features heavily in the main game's story, as well as Sully. It's also supposed to be longer than Left Behind.

Spoilers for the end of Uncharted 4 beyond this point.

The story is said to be self-contained, and Nathan Drake will even show up in it. That said, the site believes Nathan Drake's daughter Cassie will not be in this DLC. Many speculated Cassie to be the hero of the series going forward, seeing as how the game's ending was seemingly setting that up.

The site wasn't able to get the title of the DLC, but said it's due for release in the first quarter of 2017. Let'sPlayVideoGames editor Laura Kate Dale has seemingly also heard similar details from her sources, leading some credence to the rumour.

I have a decent amount of faith in that Uncharted 4 Story DLC post, lines up with more info I've heard recently.

PlayStation Experience takes place December 3-4 in Anaheim, California. The show will kick off with a livestream showcase, which is likely when we're going to first hear about this DLC.