This classic genre is making a storming comeback with some great new titles. 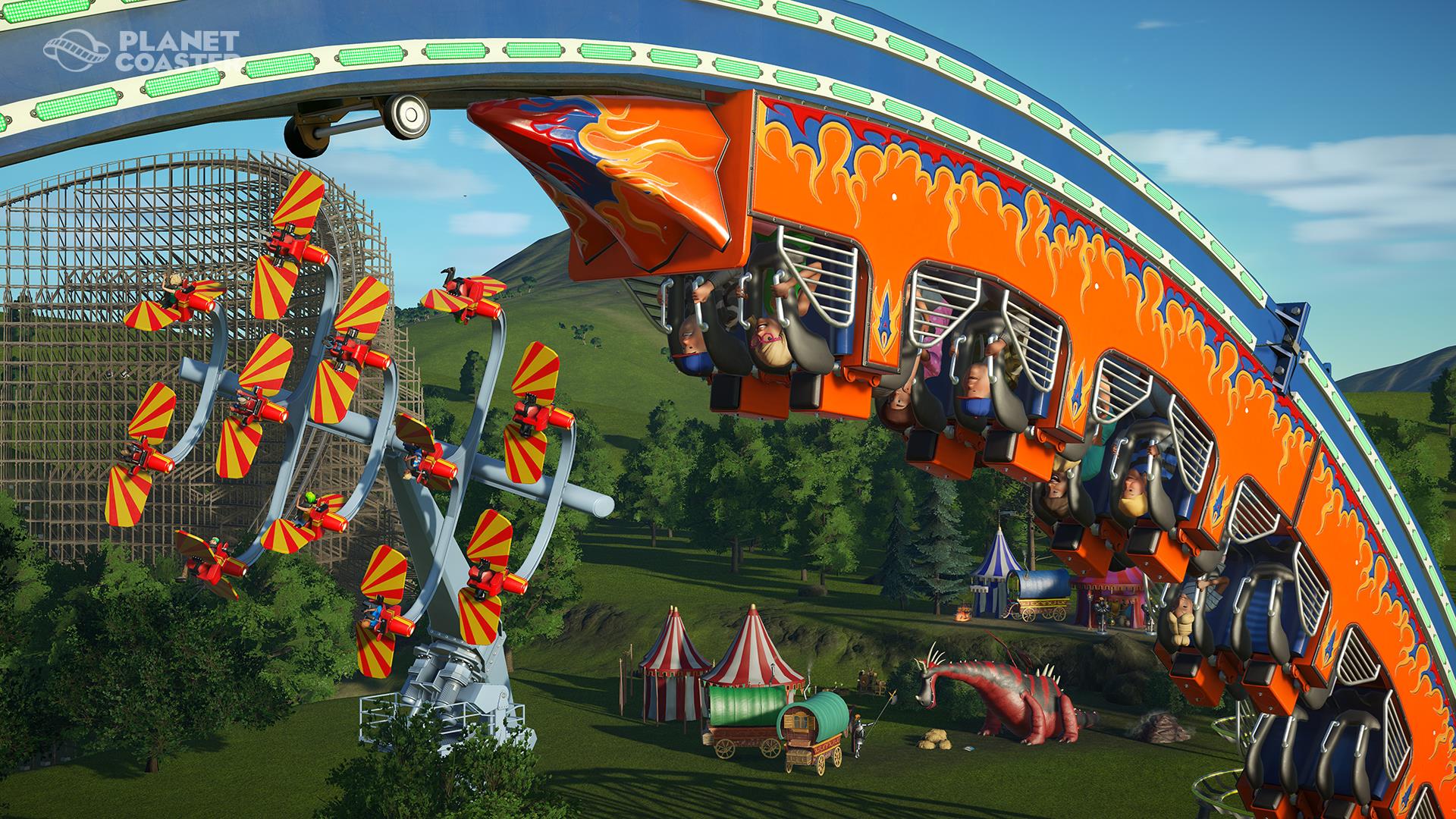 I know I'm late to the party, but you know how it goes: things get busy. You don't get time to play every game you want to, but over the last few weeks I finally got the opportunity to sit down and play some Planet Coaster - and, man, I'm so pleased that the theme park management sim game is back.

I have a soft spot for this particular genre of game, to be honest. Theme Hospital in particular remains one of my favourite games of all time, but I've got a lot of time for that whole pantheon of classic management sims, from Sim City (2000 is the one I love best, but I also adore the Japanese-made SNES version) right on through to Rollercoaster Tycoon.

"The theme park building and management sim is properly back on form with some great games that are seeing some success."

This week a lot of people are talking about Planet Coaster anew thanks to the fact that there's some serious lawsuit-level bad blood between its creators Frontier Developments and Atari, current publishers of the Rollercoaster Tycoon franchise. Frontier was responsible for the hugely successful Rollercoaster Tycoon 3 with Atari, and Planet Coaster is best considered as a spirital successor to that game, taking the best of its concepts and updating them for the modern gaming landscape.

Frontier know their rollercoasters. As well as their involvement with the RCT series they also put out Thrillville and even Microsoft's cross-generation coaster sim Screamride. The end result is pretty obvious: A game that really knows how rollercoasters work and how to make them ludicrously satisfying and simple to design. 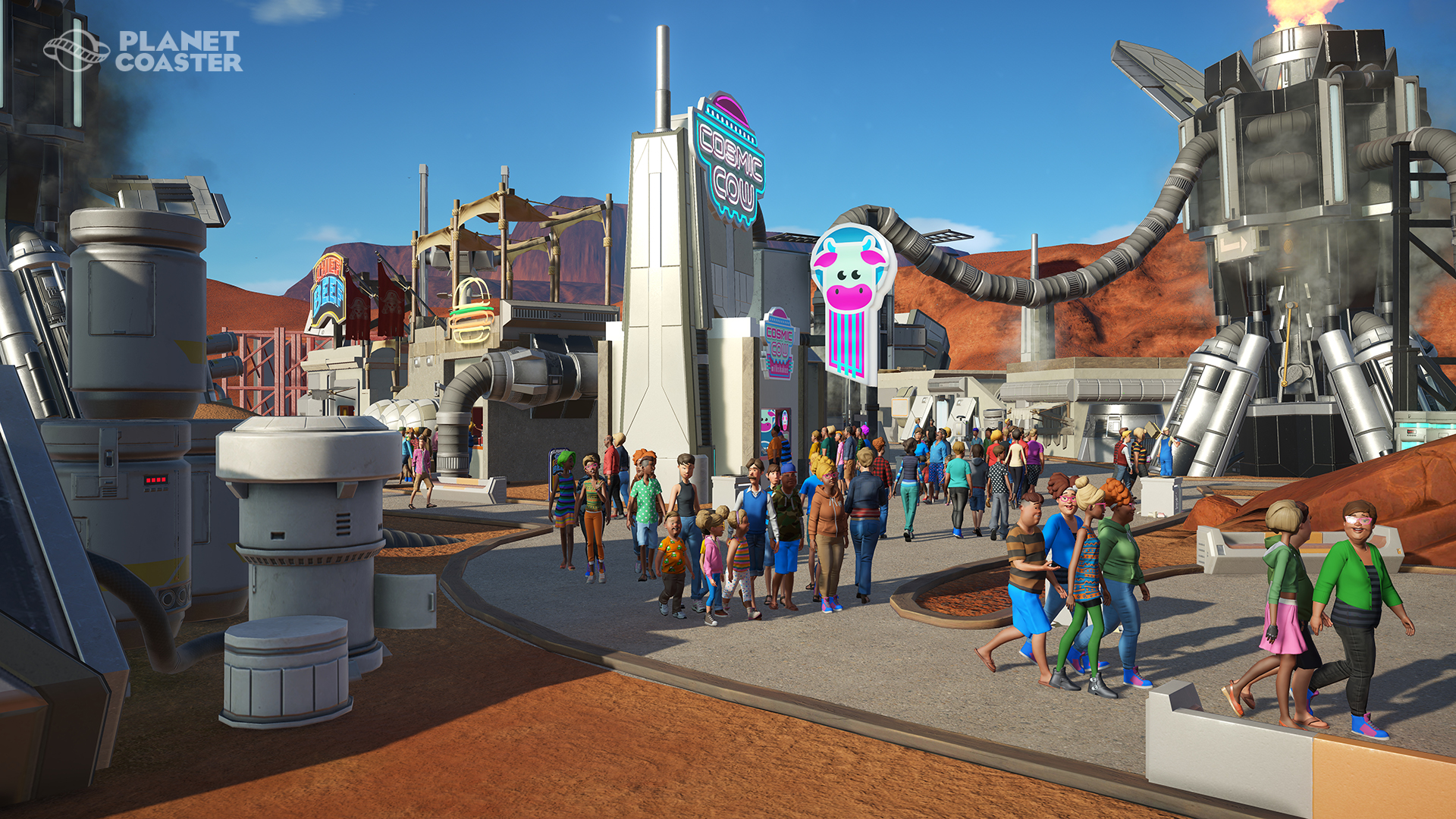 This is really where Planet Coaster is most at home - in building and design. The game's weaknesses come in the form of the actual management - the challenge of ensuring you remain in the black and your customers remain happy is less a focus here than designing really, really cool looking stuff. You can zoom right in and see an impressive level of detail on what you've built as well.

"Great and easy-to-use terrain building tools allow you to sculpt brilliant landscapes for your coasters to weave their way through, while an initially overwhelming number of props allow for appropriate theming of parks or even particular park areas."

Great and easy-to-use terrain building tools allow you to sculpt brilliant landscapes for your coasters to weave their way through, while an initially overwhelming number of props allow for appropriate theming of parks or even particular park areas.

If you lack the inclination to build elaborate visual fronts for your rides yourself the game also offers up some decent presets that you can plop down - and all told you're still able to make a satisfyingly realistic or gorgeously over-the-top park even with the basic preset components and buildings. I started out this way but quickly fell down a deep customization rabbit-hole that culminated in me obsessing over water features and mood lighting around my most popular rides.

The best way to describe the design tools would be to say that they're powerful - and they make up the backbone of the game. Planet Coaster's actual career mode and simulation tools for park management such as hiring and firing staff, tracking customer happiness and ensuring you're making the most possible money aren't nearly as well designed as the park building stuff, but the latter is so impressive one can almost completely forgive that.

Call me a bit mad, but Planet Coaster wasn't the only Theme Park sim I tried out over the break. I also got stuck into Parkitect - an isometric, grid-based indie game that features an impressive amount of customization but from a more restrained viewpoint. 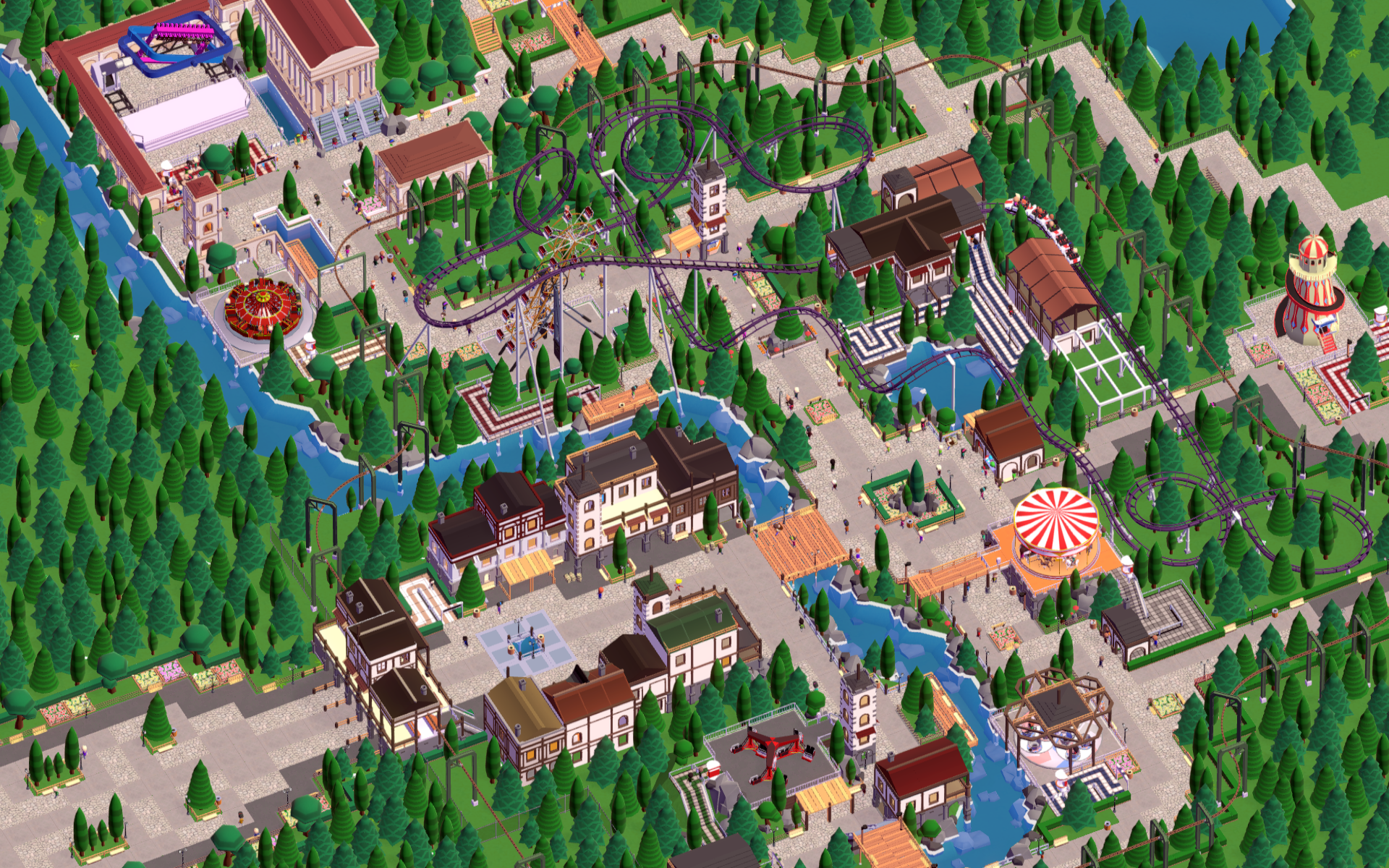 I ended up trying out Parkitect because my favourites in the simulation management genre are almost universally those old-school ones that are from an isometric view and feature sprite art. I hate buying into early access products, but I was intrigued enough to take the plunge a couple of months ago, only properly finding the time to give the game a try in the last few weeks. Parkitect doesn't disappoint in spite of its early access status. We've waited an age for a good game in this vein and now two have come along at once - go figure.

Parkitect doesn't yet include any actual scenario or campaign modes, but you can still head into a sandbox mode where you're tasked with building up a park while keeping your head above water money-wise. Generally speaking I think Parkitect's take on this is actually a little more immediately engaging than Planet Coaster's due to it being a little simpler and thus a little better at feeding back about where you're going right and wrong, but both are equally valid.

"In a sense both games are spiritual successors to Rollercoaster Tycoon; Parkitect to the first two sprite-based RCT games and Planet Coaster to the later 3D entries."

Planet Coaster's full 3D nature allows for more specific park building antics, but heavy steam workshop support and a wide variety of items also allow for great customization of your park in Parkitect too. It's ultimately a bare-bones early access package as it stands right now, but the foundation is there for something really special going forward, which I find really exciting.

In a sense both games are spiritual successors to Rollercoaster Tycoon; Parkitect to the first two sprite-based RCT games and Planet Coaster to the later 3D entries. You can pick your poison, but one thing it's pleasing to write regardless is that the theme park building and management sim is properly back on form with some great games that are seeing some success - so maybe we'll see some more management sims crop up as a result.

On that topic... who wants to revive or spiritually succeed Theme Hospital? That's what I need next.