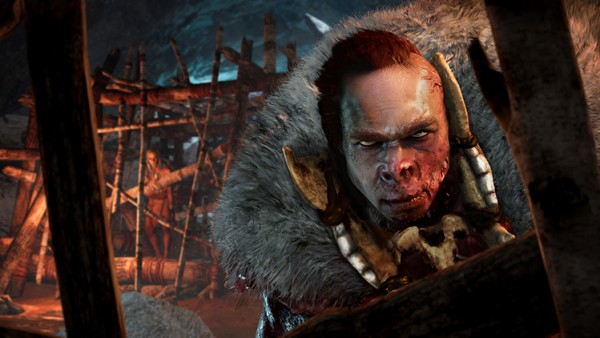 The games you forgot came out in 2016

No matter which way you look at it, 2016 has been a great year for video games. We saw strong game of the year contenders in the first few weeks with titles like The Witness and Firewatch, not to mention the deluge of AAA games bearing high-quality standards towards the last half of the year.

2016 is also when long-in-development, highly-anticipated games finally made it out. Final Fantasy 15 actually happened and The Last Guardian is no longer vapourware.

The risky franchise revival of Doom was a rousing success, despite all signs pointing to the opposite. Titanfall 2’s campaign, also unexpectedly, was one of the year’s highlights.

There was an innovation overdose with the launch of PS4 Pro, and the various VR headsets. Although neither made the splash some were hoping for, they are established in the industry and we'll see more fruit for them in 2017. Then there's mechanically unique projects like Furi, Abzu, or That Dragon Cancer, to name a few.

All in all, it's been a good year to be a video game fan. We were spoilt for choice a lot of the time. But that’s not what we’re here for today.

In this list, we’ll be looking back at the games no one brings up in their end of the year discussions, the ones you may even have trouble remembering if they released this year or last. This doesn’t necessarily mean they’re bad games, just that they didn’t set the world on fire and generally came out to a tepid reception. 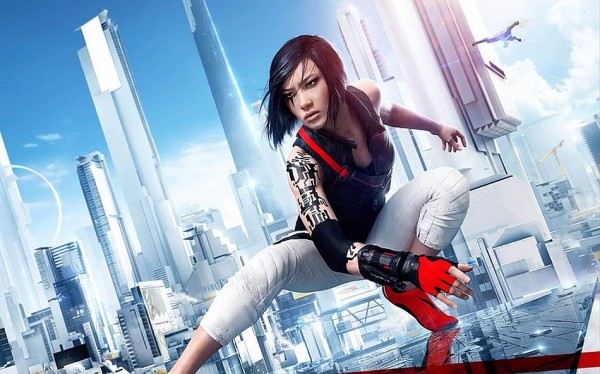 The games community at large never stopped asking EA for a sequel to Mirror's Edge. EA never quite had a solid answer for those demands, but always maintained that it hadn't forgotten the series.

Years later, after many delays and uncertainty, EA actually shipped a sequel. It was a soft reboot, called Mirror's Edge Catalyst, that generated little buzz and even less memories. It's interesting that so much noise was made for a sequel that the fans never really embraced.

Perhaps it's because most of Mirror's Edge's innovations in character movement have since found their way into almost every shooter. The game was robbed of what made it special long before it came out. Or perhaps the diluted open-world nature of Catalyst just didn't have enough points of interest. Maybe people are officially sick of open-world games.

Maybe it's a mix of both, or maybe Catalyst just wasn't very good, we may never know for certain. That said, I suspect coming out late to a much less interested audience is part of it. 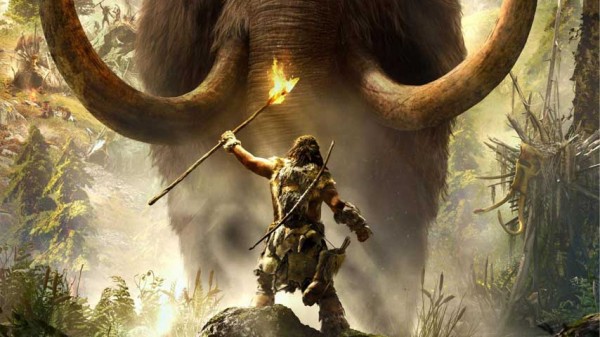 Did you know a Far Cry game was released this year? Of course you do, no matter how many times you try to forget.

But why does Far Cry Primal often slip our minds? When it was announced, the pitch sounded interesting on paper: take the Far Cry formula and apply it to a pre-historic setting, removing all the clutter of modern equipment and placing more emphasis on crafting and survival.

But somehow it didn’t quite come together. It wasn’t broken or anything like that, just boring. Far Cry Primal is a game no one asked for.

People would love to have a Far Cry 5, no doubt, but not a side project that looks like it was made for the sole purpose of plugging a hole in a Ubisoft financial quarter. 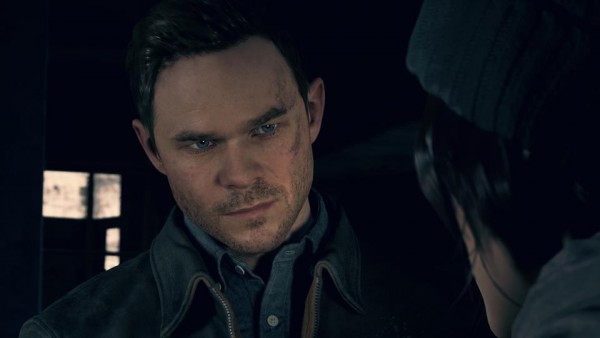 Quantum Break was very much anticipated by fans of Remedy, and the TV show gimmick certainly made it look more intriguing to everyone else, even if they weren't quite excited to play it.

Unfortunately, launch came and went and everyone decided to pretend the game didn't exist. Even when the Steam version was released later in the year there was little buzz around it.

There are no doubt many reasons why Quantum Break wasn’t the success Microsoft wanted it to be, but they boil down to this: the TV show integration was unnecessary, and seemed like a relic from the time Microsoft showed TV ambitions.

As for the game itself, well, the powers you had at your disposal were fun at first but you pretty quickly would get into a routine of switching between the three most useful ones. Perhaps the weakest link, however, is that the story just wasn’t interesting.

The main story in Remedy’s games have traditionally been a major part of the experience, and although Quantum Break doesn’t change that, what’s actually going on in this time travel story didn’t get anyone hooked. 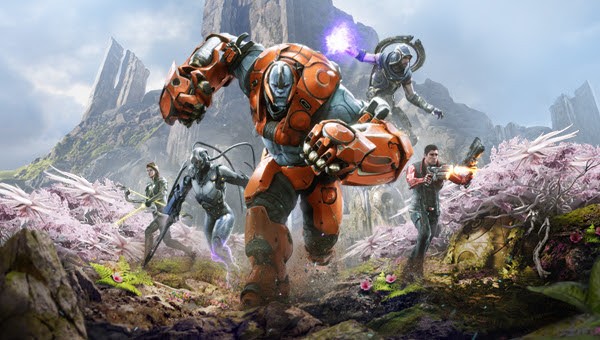 Paragon was supposed to be the game to sell the shooter-loving console audience on the incredibly popular MOBA genre. The plan was to use the action and shooter presentation to attract an audience to the tactical and unforgiving nature of a MOBA.

Available first in limited closed beta, Paragon was later released on PS4 (and PC) for everyone to play, completely free. The game even gave out some bonuses if you were a PlayStation Plus subscriber.

Lots of people were looking forward to it, seeing as it was made by the venerable Epic Games, masters of the shooter genre. Everyone expected Paragon to offer a different take on the formula, or merge MOBA with shooter elements to create something unique.

Instead, it became clear pretty quickly that Paragon is a true MOBA, just played from a third-person perspective. It does look nice, though, so I guess there’s that. 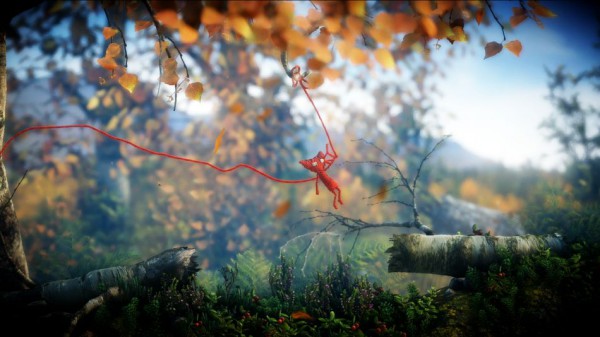 Remember everyone's fawning adoration of Yarny and the incredibly humble Unravel creator Martin Sahlin who took the EA stage at E3 last year to talk about his dream game? I sure do, and so do most of us who watch E3 coverage religiously.

Well, Unravel came out to relatively high review scores but seems to have fallen off the face of the earth since. I haven't actually played Unravel, and judging by the fact EA made it part of EA Access a few short months after release, I suspect many of you haven't either.

The idea of Unravel sounded more interesting than the game itself. And by that I mean the notion that EA is travelling the world looking for indie studios to help them publish their games, and how to some, this is literally making their dreams come true.

The implications of what that could mean for the industry are promising. As for Unravel, it will always be remembered for its cute, slender protagonist and its modest creator. 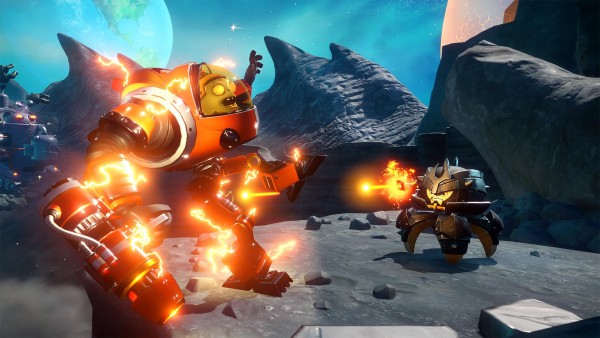 Plants vs. Zombies: Garden Warfare 2, the sequel to a game people didn't expect to like, came out in February. As you might expect, only big fans of the original showed interest.

I really don’t know if the audience EA is targeting with the Garden Warfare games is mostly children. I don’t think I know anyone who could tell me a single thing about Garden Warfare 2, and those who did play the original aren’t really shouting from the rooftops about how everyone needs to try it (except maybe Jim Sterling).

Judging from launch reviews, Garden Warfare 2 looks like a good game with a decent amount of content.

Maybe it's a combination of its art style, the property it’s based on (which doesn't necessarily scream co-op shooter) that will continue to limit its audience potential. Or, maybe it was never meant to be a big release in the first place. 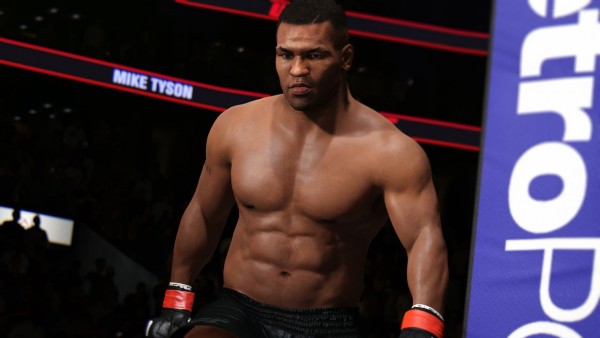 I couldn’t tell you the first thing about MMA, but you don’t need me to tell you there’s little interest in UFC games. Fans of the sport will remember how excited they were about the prospect of EA getting its hands on the franchise just because of the publisher's high production values and pedigree in making sports games.

The first UFC game didn't win any awards and was ridiculed for being buggy and glitchy. UFC 2, on the other hand, wasn't made fun of or praised for that matter. No one cared when it came out and no one does now.

Even news of it getting added to EA Access was met with the same tepid reception. Is it over for the franchise? 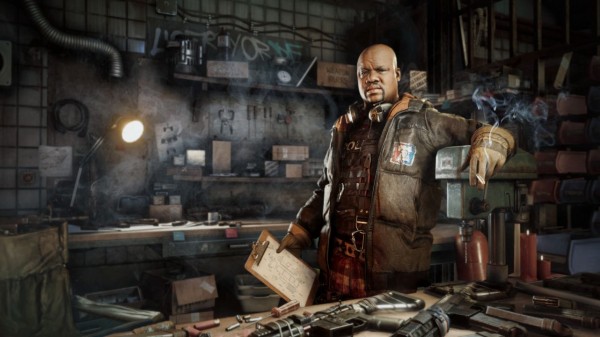 I am sure most of you never expected Homefront: The Revolution would be anything spectacular. Still, for a game that’s survived multiple delays, a publisher change and other production hiccups, it’s a miracle it made it out the door at all.

It's hard not to feel bad for its developers, though. It seems all odds were stacked against them from the moment the sequel was greenlit shortly before THQ's demise. Even though the team pushed through and shipped it, the picture of what we ended up getting wasn't pretty.

It's rare we see a game get called out for mechanical, technical, and narrative problems. There's always a saving grace to most troubled games, but I struggle to find one for Homefront. Maybe now we can at least close the book on this franchise. Right? 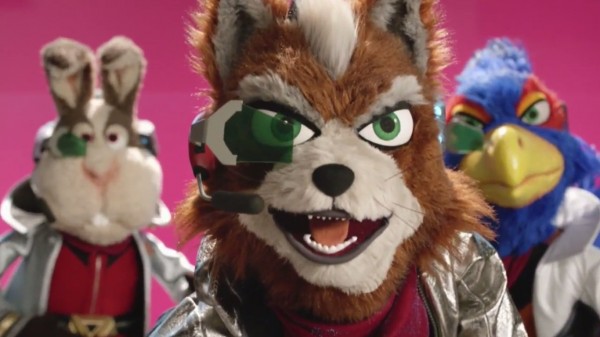 The launch of Wii U exclusives are always big events, even if only a dedicated group of fans still care about the console. We’ve seen it with Super Mario 3D World, Super Mario Maker, Splatoon, and many other first-party Nintendo titles.

The same eager fans weren't very hot about Star Fox Zero, however. It always looked like the often-delayed project would fail to impress some, but everyone assumed Nintendo's high bar of quality would at least result in an okay game.

Unfortunately, despite being the first Star Fox title in a long while - and one fans had been wanting for years - Zero didn’t impress anyone. In fact, I’d wager many Wii U owners are thinking about it for the first time now reading this since it released.