The Star Wars: Battlefront 2 open beta is now live for all, and the download size isn't as massive as we feared.

Prior to the Star Wars: Battlefront 2 beta going live, EA said it was among the biggest betas it's ever distributed. This, coupled with news that there wasn't going to be a pre-load, many feared they'd be stuck downloading 20 or 30+ GB today.

Thankfully, now that the beta has gone live for pre-order players, we can safely confirm that it's not a massive download. On PC, the download is the biggest at 22.8GB, compared to 15.3GB on PS4, and 13.2GB on Xbox One. Get downloading it, and read our Star Wars Battlefront 2 open beta guide that covers changes to starfighter controls, Star Cards, classes and loot crates while you wait. 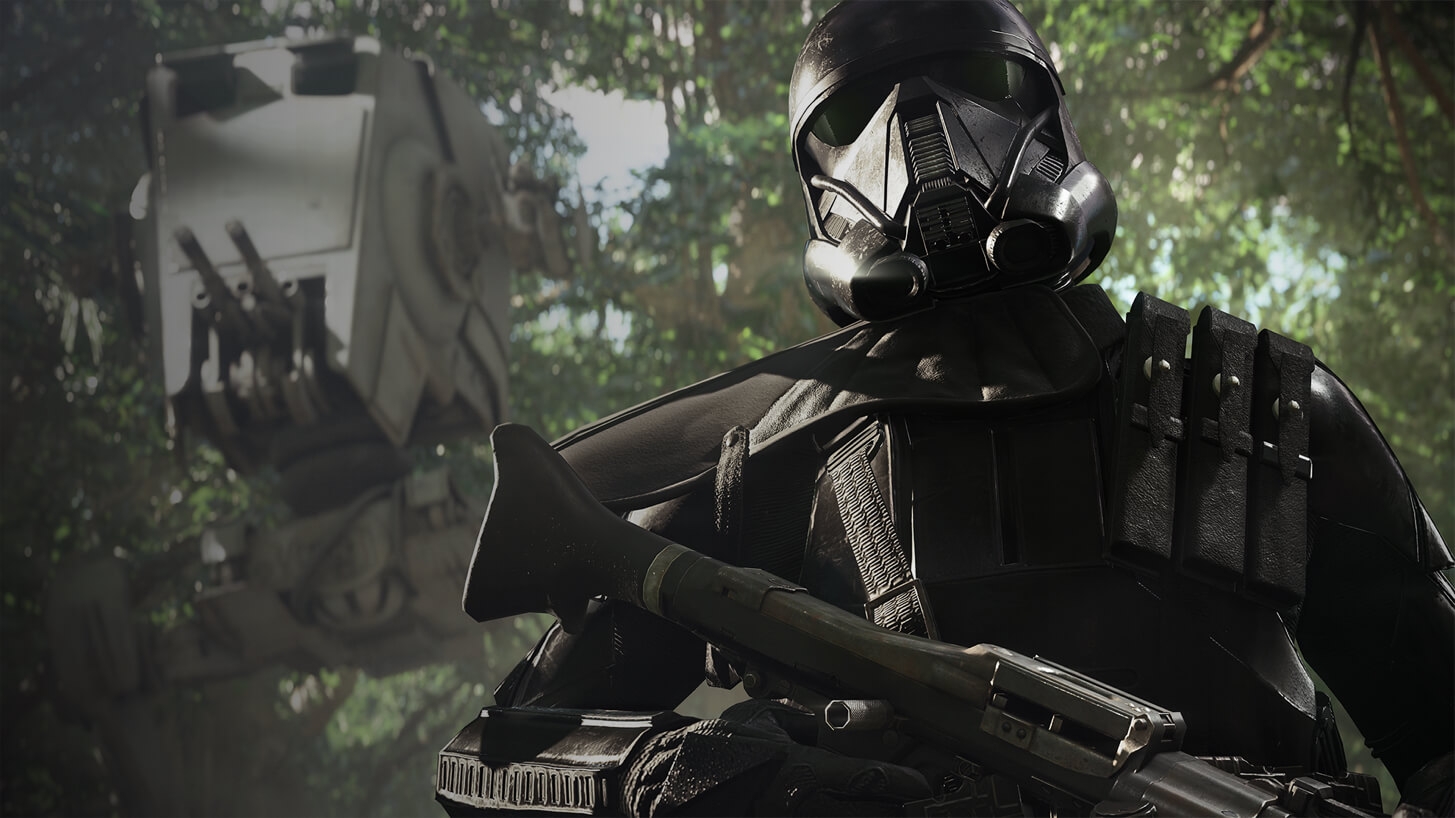 If the beta is not showing up for you on PS4, you need to either queue it up from the web store, or search for it in the store through the console.

It doesn't matter if you have the game pre-ordered or not, as this beta is open to everyone. You'll want to read up on the PC specs, maps, modes, challenges and everything else for the Star Wars Battlefront 2 open beta while you wait for it to download.