You won't be able to pre-load the Star Wars: Battlefront 2 beta, despite all signs pointing to a big download.

The Star Wars: Battlefront 2 beta starts tomorrow for those who pre-ordered the game, and on Friday for everyone else. As we covered in this story about all the beta details, the beta is not going to be small.

In fact, EA made it a point to say that the Star Wars: Battlefront 2 beta is going to be among the biggest "ever distributed" by the publisher. It's a bit puzzling, then, that EA isn't offering a pre-load option.

EA UK community coordinator Kevin Johnson confirmed on the official forums that there isn't going to be a pre-load for the beta. Those who already have the beta in their Origin libraries on PC can also clearly see this when hovering over the tile. 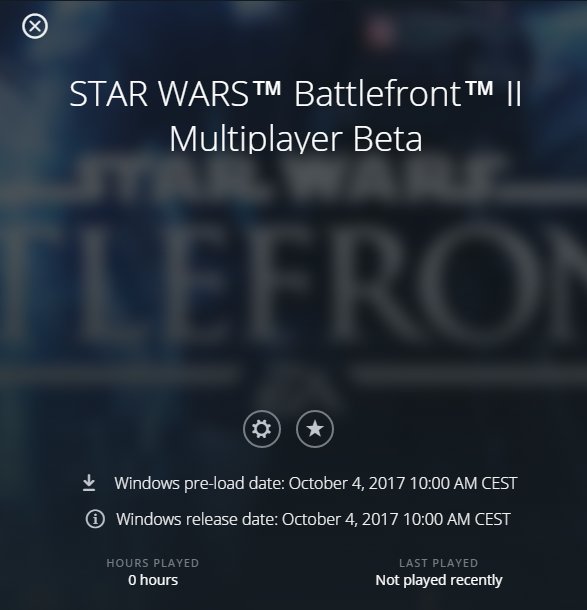 As the above screenshot from BattlefrontUpdates‏ shows, the release time is the same as the pre-load time, meaning there is no pre-load.

The beta is going live in the morning, so maybe that will be enough time to finish the download by the evening.