Bethesda’s behemoth RPG, Skyrim, is still relevant today. At this very moment, thousands of people are engaging colossal dragons in combat, while thousands more are likely plundering trinkets and thingamajigs from the depths of murky dungeons, ravaged by legions of the undead.

However, although people have unearthed a plethora of intricate details about the inner machinations of Skyrim’s wonderful world, it was only this week that I came across an intriguing post on r/Ireland about its map. As it turns out, if you rotate Skyrim’s map 90 degrees clockwise, it’s almost an exact replica of Ireland, to the extent that its major cities correspond geographically with the Emerald Isle’s metropolitan loci.

Consider Riften, infamously renowned as the home of the illustrious Thieves Guild. If we superimpose a map of Ireland onto Skyrim’s map, Riften becomes Cork, the home of Franciscan Well ales and possibly the county in which Sir Walter Raleigh planted Ireland’s first potato - although this is widely disputed among connoisseurs of the spud scene. Riften and Cork actually have quite a lot in common: a distinctive accent, a thriving pub scene, a vast criminal underworld from which all the strings are pulled by nefarious ventriloquists hellbent on watching the world burn, a harbour — like I said, unequivocally congruous. 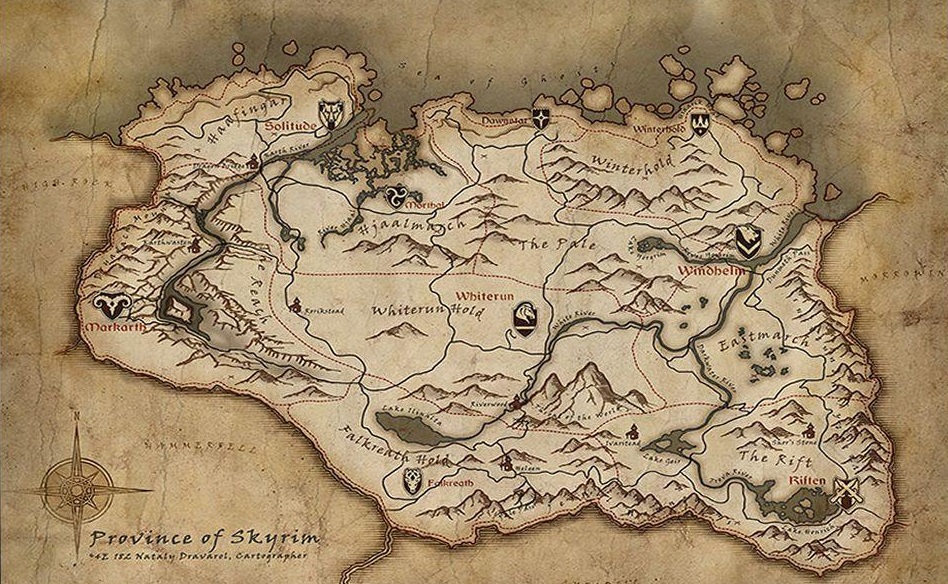 Most of the other Holds in Skyrim follow suit. Solitude is Belfast, which actually makes me a bit nervous considering how radically dissimilar the two seem, but I suppose it kind of makes sense. After all, Belfast is teeming with spectacular architecture around which all manner of scholars and ruffians congregate to unceremoniously carouse in sublime, oxymoronic harmony. Belfast is a Very Fun City™ and it deserves to be recognized as such in Skyrim’s Irish overlay.

By the same logic, the otherworldly lakes and meadows of Connemara are lionized in the form of Falkreath’s naturalistic allure, and the arcane curiosities of Winterhold correspond to Ireland’s culturally-rich southeastern shores - although Winterhold’s cataclysmic snowstorms are slightly more climatically precarious than a light Rosslare breeze.

However, everything that seems great from a distance quickly becomes problematic once you examine it under a microscope - except cells, obviously, which look like magnanimous ecosystems of their own that even a Thompson/Tolkien hybrid could never dream up in a million years. After the initially excited exclamations of “Oh, that must be Galway!” and “Markarth is like Donegal!” - which is an especially interesting comparison given The Reach’s ousting of the Forsworn and Dún na nGall’s real-life history of rebellion - I noticed a major problem: Dublin is Dawnstar.

Imagine being from Dawnstar, the city that everybody who has ever played Skyrim couldn’t remember if their life depended on it. The only reason it’s even on the map is that the people there are having bad dreams. Winterhold: Illustrious college specializing in taming the arcane arts. Whiterun: A gargantuan keep literally designed to ensnare a Brobdingnagian dragon. Markarth: Silver mines everywhere, which paved the way for Yngvar the Singer’s immeasurably cool line, “Think that's water in the river? Blood and silver are what flows through Markarth, friend.” Dawnstar: Bad dreams. Nice one. 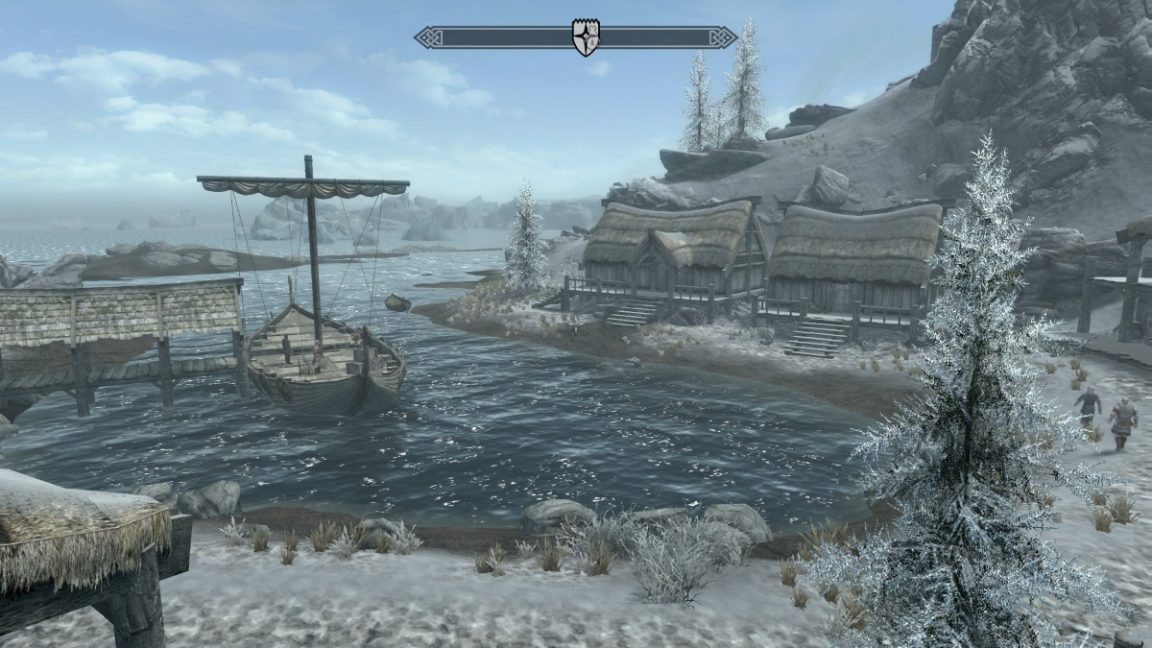 What’s even more annoying is the evidence that supports Dublin being Dawnstar. It’s gloomily infallible, like the trail of crumbs indicating that you did, once again, drunkenly inhale an entire packet of Maryland cookies last night. Once you see it, you can’t unsee it, and there’s just a bulletproof argument dressed in silly clothes teasing you for falling into its dismal clutches.

Dawnstar is the capital city of The Pale, one of Skyrim’s nine distinct regions. During the Late Middle Ages, Dublin was the centre of an area also called The Pale, which is apparently derived from the same Latin root as “palisade,” meaning that its etymology basically just means fence. It’s not the most innovative name for a territory, so assigning a region of political importance a name like that would surely be sufficiently arbitrary to have only happened once ever. But it didn’t. It happened twice. Once in Skyrim, for boring, beige, fencelike Dawnstar. And once in Dublin and the surrounding areas, conflating Ireland’s capital city with a town that uses nightmares as its claim to fame. Come on over to Dawnstar, where we all have bad dreams and continue to talk about them even after the Dragonborn puts an end to the conniving machinations of demonic Daedric Princes.

I got so annoyed about this whole Pale malarkey that I jumped headfirst into a bottomless rabbit hole of disambiguation. Eventually, I found out that “Pálē” was the official name for Ancient Greek wrestling, which was the first non-footrace sport to be assimilated into the Olympian oeuvre, and in its list of rules includes the statute: “Infractions shall be punished by immediate whipping by the referee until the undesirable behaviour is stopped.” Also, it’s explicitly stated that “holds intended to persuade the opponent to concede defeat through pain or fear” are not only permitted, but are “an integral part of the contest.” A famous wrestler called Milo of Croton carried a bull on his shoulders and could burst a headband by intentionally inflating his temples too hard. Apparently he saved Pythagoras, of triangular fame, by catching a pillar that was about to fall on him and holding it upright until the philosopher devised an escape theorem. Why can’t Dawnstar, and Dublin, be derived from this kind of Pale? When you look at what was happening in Greece in the 6th Century BC, all you can do is concede defeat from behind your anathema fences, even if candour of today's Dublin is more impressive than its pale history. 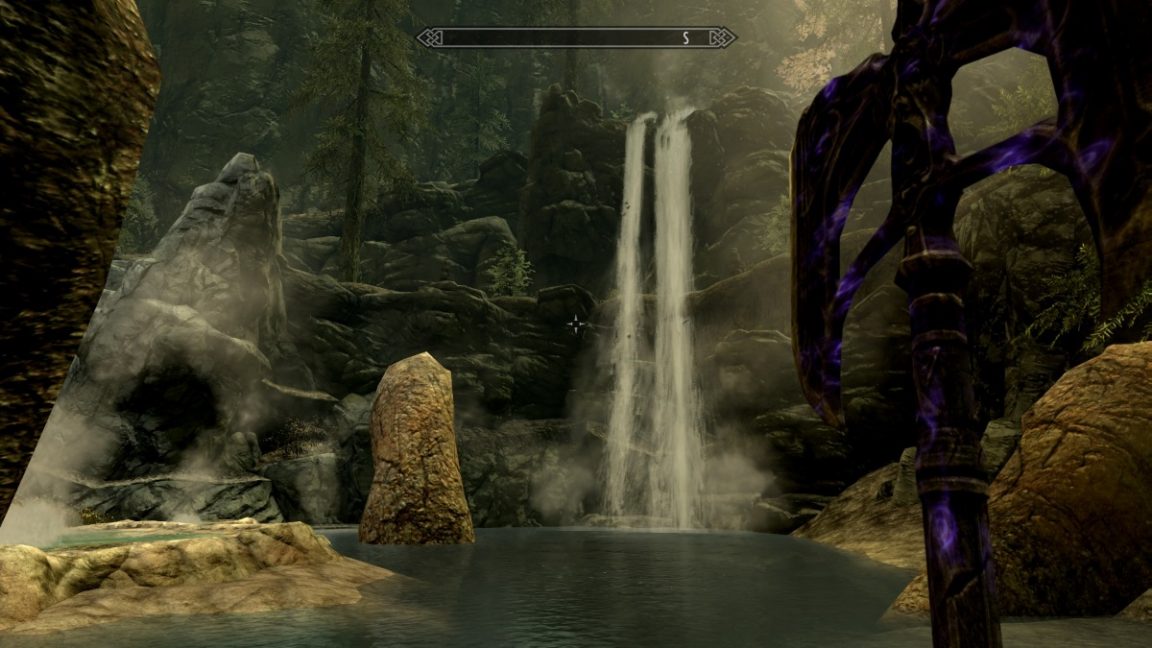 It’s a strange phenomenon, having a minor detail on a video game map momentarily wrench your opinion of where you grew up into absolute arrest. To me, Dublin has always been a thriving cosmopolitan centre that brilliantly juxtaposes modernity with the archaic aspects of its history, culture, and architecture. It’s consistently confronting, at all times challenging you with its confident assertion of presence and immediacy. And for a little while, it was a fence, the ultimate adversary to the imagination, the beige boundary separating you from an unknown territory that’s just too boring to even wonder, “What’s behind that?”

A 2018 Eurogamer article on the brilliance of video game maps wonderfully articulated the uniquely enchanting auras of places you can’t visit, misleading maps, and unambiguous final destinations. Cartography is imbued with a sort of quiet magic, because it’s based on a neat intertwining of knowledge and mystique, a sense of outlining where you’re going without really knowing anything about it at all. That’s what makes examining the maps for Skyrim and Ireland alongside one another such a mysteriously interesting and affecting exercise: I looked at Skyrim and it changed how I looked at Ireland, because all of a sudden previously non-existent comparisons became obvious, and perhaps more interestingly, shocking. 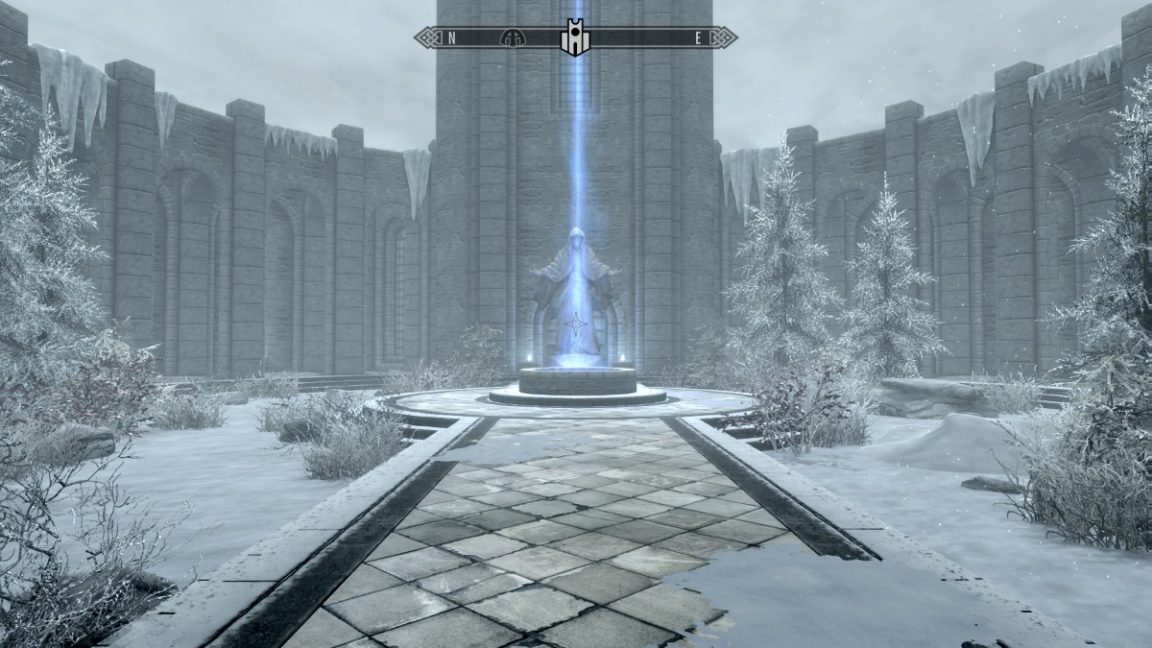 I think some of the places on these maps have a lot in common. Falkreath’s Ancestor Glade is uncannily reminiscent of the rebellious landscapes of Ireland’s untamed West, and the idea of vituperative vampires ravaging the Midlands sparks interest in some parts of Ireland I’ve never seen. However, the highest mountain in Ireland, Carrantuohill, is in Kerry, which means Skyrim’s Throat of the World should be near Riften. The Rift is home to little more than glorified hills, and Paarthurnax’s cloud-kissing seat is far closer to the centre of the Land of the Nords. This is one discrepancy of many, all of which probably exist because Skyrim isn’t Ireland, it’s just shaped like it and most of the holds align with major Irish cities.

But that’s not what’s important here; what’s important is the disarming challenge realization issues you, the recognition of two totally disparate things suddenly becoming inextricably intertwined, the disappointment in realizing that where you’re from corresponds to boring old Dawnstar and the subsequent reflection on why that even bothered you in the first place. It’s a fictional place in a game that has absolutely no authority over the real-life city you live in, but again, maps are magical, and these two mysteries of cartography are interconnected now. Dublin is Dawnstar, Dublin is Ancient Greek wrestling, and Dublin is Dublin, the complex city I love unconditionally and hope doesn’t become plagued by incurable nightmares any time soon. After accepting all of this, maybe I’ll look at milquetoast fences not as boring obfuscations, but as a sort of portal to someplace else that’s got something interesting to say about where I live, and what that means.