Road Redemption is Darkseas Games' answer to a lack of new Road Rash games. VG247's Dave Cook spoke with senior designer Ian Fisch to see if its violent racer really is the next best thing. 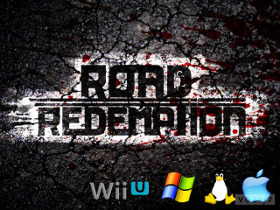 Developed by Darkseas Games, Road Redemption runs in Unity 4 and is heading to PC, Max, Linux, Wii U and possibly Xbox Live Arcade.

You can check out the debut Road Redemption gameplay trailer here for a taste of high-speed combat racing.

Back in March 2011 this Road Rash prototype video found its way on to YouTube, sparking rumours that Criterion Games was resurrecting the classic EA franchise. But then there was silence.

There's clearly a lot of love out there for the classic Mega Drive originals, but the publisher isn't biting. You might think that Criterion is the likeliest candidate for the job, but it seems to be tied up in Need for Speed at the moment.

The last we saw of the series was a GBA port of Road Rash: Jail Break in 2003, and it wasn't until 2009 that New Orleans-based Darkseas Games started toying with ideas for spiritual successor Road Redemption.

It's a brutal, challenging and violent take on the Road Rash format, but it goes much further, throwing gang wars, rooftop racing and firearms into the mix.

The project was successfully funded on Kickstarter back in April, so I decided to catch up with senior designer Ian Fisch to see how the game is going so far.

I asked Fisch why he thought the Road Rash series has lay dormant for so long, and if he had heard any rumblings about a covert project at EA. "We don't think EA has any current plans for a Road Rash remake, as much as we'd love to see their version of it," Fisch said. "We have a lot of industry contacts, and we haven't heard a peep.

"Criterion games has said they're not interested, and EA probably has their hands full with cranking out new Star Wars games. Chances are, if EA did put out a new Road Rash, it would probably be full of paid DLC, microtransactions, and quick time events. It would probably also be rated 'teen' to bring in a larger fan base. That means a real limit on the violence and language". 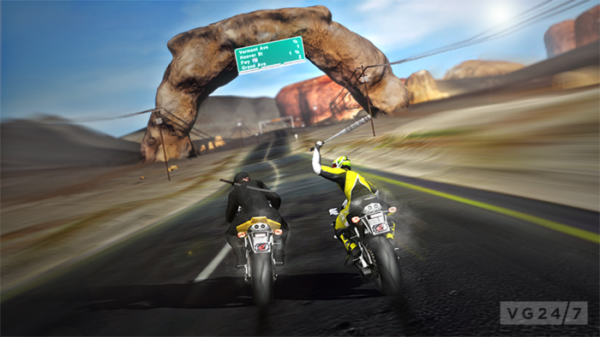 Fisch added, "EA has made countless cookie-cutter FPS's, third person shooters, and action in the 10 years since they last made a Road Rash. Remember Dante's Inferno? I don't blame you if you don't. It was a bland, generic action game, that evidently didn't make a ton of money since we haven't seen a sequel and it's been three years. EA's put out hundreds of games like that in the last 10 years.

"Meanwhile, Road Rash presents such a unique gameplay paradigm, with so much room to grow, that it's astounding how long we had to wait for a new entry in the series. It just shows you that things aren't right at EA headquarters."

It's probably just as well that Darkseas got impatient and took matters into its own hands, because Road Redemption appears to be shaping up nicely. The game takes place in what the team calls a 'nightmare vision of the American mid-west', and your rider is a paroled felon who - after eight years in prison - has to work their way back up the ranks of their old biker gang.

Along the way you need to compete in races to win back territory from other gangs, and eventually you'll earn enough kudos to start your own crew, controlling drug distribution and ruling the highway with an iron fist. You may even tussle with the snitches who landed you in jail along the way too, not to mention scores of cops. 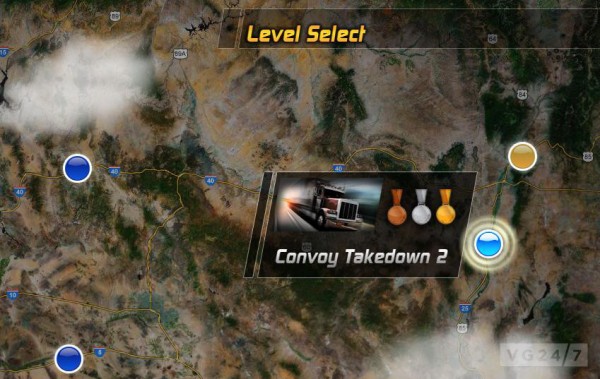 What's most interesting about Road Redemption's core campaign is the diversity of race types. There's your classic Road Rash style race, police evasion sprints, combat-focused 'Assassin' events, as well as assaults on 18-wheeler trucks and their heavily-armed convoy of guards.

Combat is just as important to your survival as racing, and Darkseas' mechanic sounds very deep indeed. You'll have familiar weapons like pipes and chains, but there's even insane instruments like katanas and machetes as well. The fight system itself is complex, with counters and parries to contend with, all while keeping one eye on the road.

"The combat is going to be very brutal," Fisch explained. "One thing that we think is important is that you feel powerful. One of my biggest pet peeves is when your attacks are underpowered, as I really really hate having to whack a guy five times with a samurai sword to kill him. It's a freaking samurai sword. One whack should be the end of the story.

"Or how about in Far Cry 2 where you have to unload four assault rifle rounds into a guy's chest before he drops? Is it an assault rifle or a nerf gun? All that said, most of the weapons in Road Redemption are of the blunt object variety. So you can take a few hits from a bat or lead pipe before being knocked off your bike.

"The combat system is complex enough to have depth, but you won't be pulling off 20 hit combos or anything like that. We wanted to keep it manageable so about half of your combat success involves your skill with your weapon, and the other half involves using your environment to your advantage". 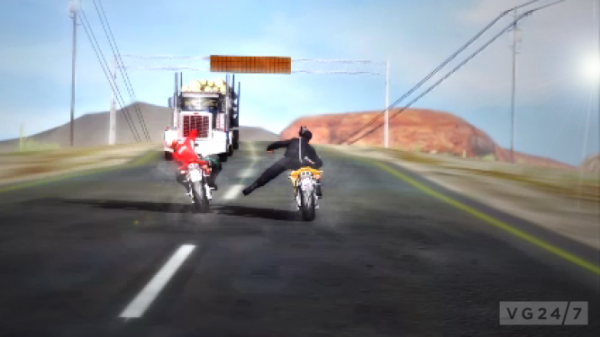 Guns will also make an appearance in Road Redemption, although Fisch confirmed that there is only slight auto-aim when using gamepads, absolutely no lock-on option and that ammo is dreadfully scarce.

You can fire off rounds to burst truck tyres when hijacking them, or gun down a rider if you manage to get a clear shot, but you always run the risk of crashing while aiming. It doesn't sound easy.

Equally as gruelling are the game's roof races, which Fisch confirmed are inspired by the New York rooftops stage from Twisted Metal 2. These long sprints are laden with lethal jumps some 200 feet above street level, so you have to think about racing line, combat and survival all at once. Fisch added that the game is intentionally challenging to appease the old school fans. It seems he's not wrong.

Interestingly Darkseas is working on Oculus Rift VR support for Road Redemption as well, which should lend more tension to the game's already gruelling pace and relentless difficulty. The studio recently published a neat gameplay video showing Rift head-tracking in motion. I asked Fisch why the team opted to support the device.

"The Oculus is the future of gaming," he stated. "You really feel like you're in the world. Beyond, completely filling your vision, it's also 3D. I'm sure companies like Nintendo are kicking themselves for not jumping on this market sooner as the technology to do it has been around for awhile. Basically take the way you felt when you first played Wii Sports and multiply that by 100, maybe that doesn't even articulate the experience well. 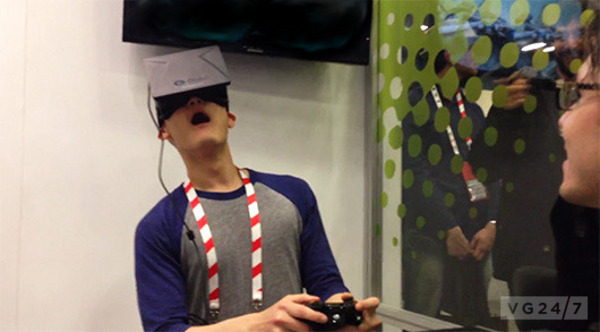 "Road Redemption is pretty close to a perfect fit for the Oculus. First person shooters present an interesting problem for the Oculus. Do you always move in the direction your head's pointing like you do in a standard first person shooter? Or do you move in the direction your chest is pointing and them pivot your chest by using a joystick? What happens then if you stand up and start rotating your whole body?

"In Road Redemption, since your fixed on a motorcycle 90% of the time, this isn't something we have to worry about. You're always facing forward no matter what. You may turn your cycle, but you never turn your actual torso. So we think it's a great fit for the Oculus".

It certainly looks intriguing in action, and it underlines Darkseas' ambition. The team really has captured the gritty, no-nonsense vibe of the original Road Rash games and turned into something of its own design, but we'll have to wait a while before we can actually go hands-on with it.

Violent, brash and packed with neat ideas, Road Redemption could be the game that stops many of us from twiddling our thumbs in the hope that EA will give us some good news. But as Fisch said earlier, the EA of today might now be incapable of making a Road Rash game that accurately captures the vibe of the 1991 original.

So rather than tarnish our fond memories of those classic games, it might just make more sense to take a punt on Road Redemption instead.

We'll have more on Road Redemption as it happens. Stay tuned.