Rockstar recently unveiled the Red Dead Redemption 2 PS4 Pro Bundle, which is a great deal for western fans who want a new gaming console. But since many online storefronts let you read the back of boxes, we got to see the PS4's timed exclusivity details.

As noted by RockstarIntel, the bundle describes select online content as a "Timed Exclusive for 30 days". The bundle also states that Red Dead Redemption 2 requires a minimum storage space of 105 GB, which is all-new information. The Red Dead Online mode will support 2-32 players. 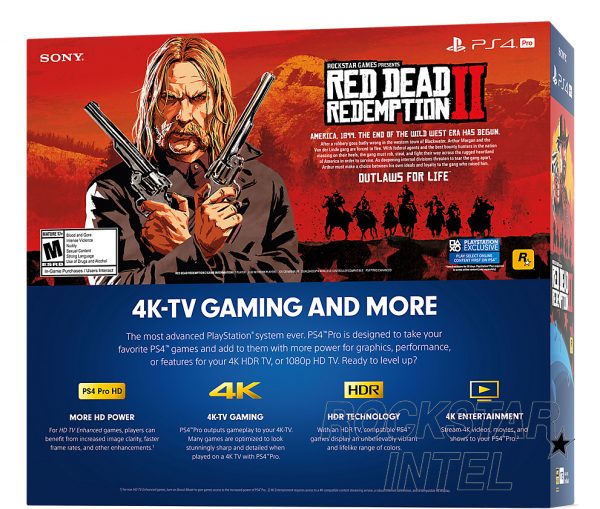 Exclusive content or not, it's pretty clear that Red Dead Redemption 2 will be Rockstar's biggest adventure yet - literally and figuratively. The finished game will feature 200 unique animal species, and supports a wide range of playstyles and optional mini-games. It launches for PlayStation 4 and Xbox One on October 26, 2018.