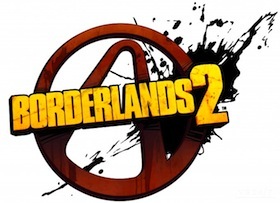 First announced in early August and debuted at gamescom 2011.

A shooter RPG hybrid with a stylised aesthetic and drop-in online co-op.

The second new IP from Texan developer Gearbox Software, which first established itself working on the Half-Life series.

It must be difficult to make the jump from video games journalism to developer.

"It's bizarre as shit being on the other side, sitting from there to here," Gearbox staffer, Borderlands 2 writer, and one half of cult web sensation Hey Ash Whatcha Playin' "Reverend" Anthony Burch tells VG247 a few hours after seeing the sequel in Cologne last week, adding that it's "fucking weird."

Burch was still Destructoid's features editor when the first Borderlands was announced as a realistic shooter in 2007 at E3, but released in 2009 as a cel-shaded RPG shooter. It was a fantastic-looking, solid game that was full of humour. Once predicted "to die" at retail by Michael Pachter, Borderlands in fact out-performed expectations, selling 4 million units since release as of March this year.

The sequel has a lot to live up to, but fans have been clamouring since god knows when. Gearbox's Mikey Numann told Nathan at the original's release that a sequel was a "no brainer," but despite numerous claims that a sequel was inbound - including erroensous excitement generated by a context-free quote from a VG247 interview with Randy Pitchford earlier this year - the world finally got its wish earlier this month. Borderlands 2 was announced for a FY2013 release - we were told in the demo it's being aimed for 2012.

Inevitably, word got out early. Eurogamer, who had already been blackballed by 2K over a situation with Duke Nukem Forever, had reported that Borderlands 2 was about to be announced the day before the formal confirmation came. Burch admits the studio was disappointed over the report, which was infamously labeled "shoddy journalism" by Gearbox boss Pitchford.

"Having it leaked a day or two before the actual official announcement, I'm like, 'oh bummer, all we had to do is wait 48 hours and it'd be a big surprise.' On the other hand, going that long without an actual leak was awesome," he says.

Borderlands 2 is Burch's first formal project as a writer at Gearbox. The game takes place five years after the original Borderlands, with Handsome Jack now dictator of Pandora and head of Hyperion Corp. The new boss has also taken credit for events at the end of the first game, and has even blocked out much of Pandora's light. Your task is to kill him and restore normality.

The demo starts up a third of the way through the game after an encounter with Jack, who has left you for dead in an arctic-like environment. We're on a mission called Dam Fine Escape, where we have to rescue a friend being held at a bandit camp atop a towering dam.

What we're seeing is running on PC at 60 fps, and it looks incredible.

What we're seeing is running on PC at 60 fps, and it looks incredible. After facing off with an Arctic Bullymong - incidentally, enemies are actually non-scripted in the game; this is a random encounter - we come across TDRs: "the Walmart of weapons" in the game, according to studio VP Steve Gibson, who was giving the presentation. TDRs are disposable weapons which you can throw towards your enemies to stun them once your ammo is depleted.

The new weapon system is just one of many new developments in Borderlands 2. Gearbox has revamped and replaced everything from Borderlands - in fact, according to Gibson, Gearbox played the game without weapons for six months while it worked on completing the new system.

"The entire weapons system has been overhauled," says Burch in our interview. "We only showed assault rifles today and even within the assault riffles, there is obviously a crapton of variety.

"It's going to be the same way with the SMGs and custom shotguns," he adds, commenting that Gearbox has "combined the new weapons with the new AI" with the result that "the fights are so much more involved and have so much more strategic depth."

Midway through the mission, we come across another enemy: a Nomad Torturer with a big ass shield. "It's time for the big guns," it yells. But it gets better: your enemy has a tiny Nomad on the front of it, squealing out loud in the funniest way you can imagine. You had to see it to to believe it; I personally burst out laughing.

After getting this obstacle out of the way, Gibson goes into detail about the new user interface, and how it will be easier for those who were overwhelmed by the first game's skill tree. While stat perks in the first Borderlands were just that - lightweight optional extras - the sequel, as well as ramping up with faster, stronger and more numerous perks, will introduce something called game changers, which affect the core principals of how the skill works and the ways you do it. Despite the new feature, Borderlands 2 offers an easier skill tree - those who play shooters only may be in luck here. Gearbox also want the new UI to work well on split-screen.

Oh, yeah - did anyone mention the split-screen online co-op?

"We've got a couple of things we're going to talk about, most of them not right now. We've made it so you can take a split-screen game online," says Burch.

"We'll be talking more specifics about that stuff going on. But yeah, obviously, co-op is a huge priority for us because Borderlands 1 was so fun with co-op, it'd be ridiculous not to meet that bar."

But Gearbox's not just looking to reiterate it's success - the first game's co-op problems have been tackled. Playing the first game, chances are you may have run into someone who was three quests ahead or behind, and had to manually select hosts and nominate whose quest line to continue. For Borderlands 2, Gearbox "rewrote the system" according to Gibson, and has now made it much easier to progress together.

"Borderlands 1 was so fun with co-op, it'd be ridiculous not to meet that bar."

Co-op certainly proved a value-add to Borderlands, but it was also through DLC that the life-cycle of the game was extended. So it's pretty much a safe bet we'll see Borderlands 2 DLC, right? Burch leaves the possibility open, but is otherwise non-committal at this point.

"It's always at the back of our heads, but the way we just do production is that once we send the game off for certification then we have a big meeting and go, 'okay, what do we want to do for DLC?' So we haven't actually had any serious talks about it."

We move onto our mission and help our friend, Roland - one of the four characters returning from the first game - bust out from the bandit camp. One problem: he's imprisoned in a walking W4R-D3N. Good thing then that we come across a partner that'll help us try and get him out.

The character that's been controlled throughout the majority of the demo is Salvador the Gunzerker - the dude from the Game Informer cover - but we come across another character, controlled by a second player, known as Maya the Siren. Maya's strengths are yet to be detailed, but Salavor can temporarily dual wield.

After fighting and chasing our way through the bandit camp dodging suicidal exploding enemy robots, we're all of a sudden swept off the dam-top camp and almost certainly falling to our death. But not before Sal gives two middle fingers whilst falling. "He's dual-wielding, so you know," says Gibson.

We came away impressed by Borderlands 2. Gearbox has overhauled pretty much everything and the kitchen sink, but kept the humour of the first game intact. It's early days yet, but don't be shocked to see this one repeat history and outdo expectations again.

Borderlands 2 launches next year on PC PlayStation 3 and Xbox 360.