Overwatch players will be able to celebrate Halloween early starting next week.

The Overwatch Halloween Terror event will return next week on October 10. Last year, it started on October 16.

Blizzard announced the news on Twitter today along with a tease which lasts a whopping seven seconds.

The nights grow cold
And monsters appear
A great evil gathers
And Halloween draws near... pic.twitter.com/98CXWqQ0gc

At least we get a look at skins for McCree and Reaper.

A few days ago, a promo for the 2017 Overwatch Halloween Terror event was posted on reddit, with a start date of October 10. The poster appears to be from a retail store, likely GameStop, and advertises an Overwatch balance card.

While Blizzard hasn't announced what to expect just yet, last year, all Loot Boxes started appearing as jack-o’-lanterns, and there were over 100 new cosmetic items included in the boxes. 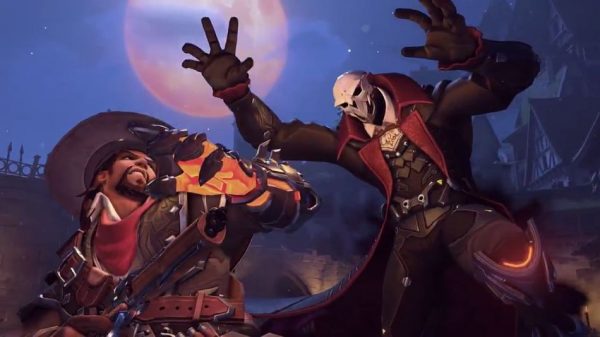 Items are random, and as with all Overwatch events, the boxes contain sprays, emotes, highlight intros, skins, and other items purely for fun.

Players were also able to play a PvE Brawl called Junkenstein’s Revenge. The man himself is shown as part of the logo, so it's possible the brawl will make a return - or he has something else in store.

An end date wasn't provided for this year's Halloween Terror event, but most Overwatch events last around three weeks - depending on whether Blizzard adds an extension.