Your chances of running into other players in No Man's Sky are pretty slim, but if you do manage it, they're going to be playing on the same platform as you. 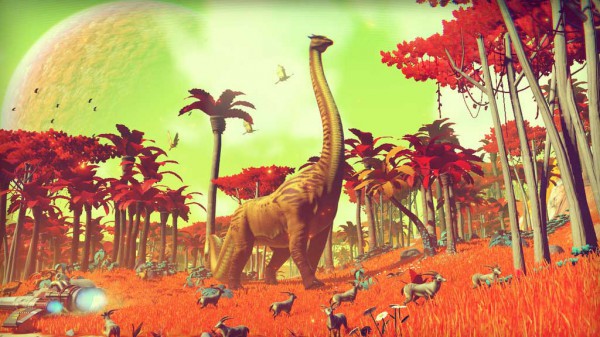 No Man's Sky developer Sean Murray has been revealing more than a few behind-the-scenes anecdotes from the long development of the game.

In a Reddit AMA, the creative director spilled the beans on some of what's included with the PC version, and when players should expect the build to go live.

Murray also confirmed that PlayStation 4 servers are completely separate from those on PC, and that they're not linked together.

Murray added - perhaps jokingly - that this was done as sort of an experimenter to see which group of players will have the highest number of juvenile planet names.

In No Man's Sky, players get to discover planets and give them any name they want, whereas other life forms already have names that players will learn when running into them throughout the world.

No Man's Sky is out now in the US, tomorrow in the UK and Europe on PS4. The PC version goes live everywhere on August 12.