No Man's Sky creator Sean Murray states what the game is, and what it isn't, one last time. 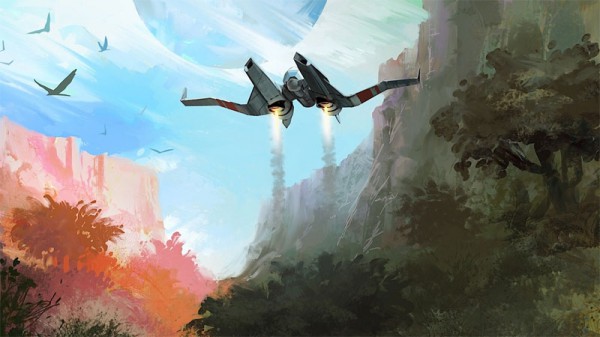 In one last blog post before seeing the project he and his team have been working on for five years, creator Sean Murray wanted to explain, one last time, what you actually do in the game.

Murray lists some of the early trailers for No Man's Sky and says that although the game has changed a bit since then, it has only do so for the better. He then lists some of the main general features, all of which attribute to a single-player experience first and foremost.

Murray is aware, however, of how the footage may have set up the game in as something it isn't, in some people's minds. "That means this maybe isn’t the game you *imagined* from those trailers," he wrote.

"If you hoped for things like pvp multiplayer or city building, piloting freighters, or building civilisations… that isn’t what No Man's Sky is. Over time it might become some of those things through updates," he adds, pointing out that base building and freighters are in currently development.

"If you decide to play it, you’ll see just how closely it plays to those trailers, and to our original vision. It’s a weird game, it’s a niche game and it’s a very very chill game."

Murray closes off by saying that he expects No Man's Sky to be "super divisive", and might not be for everyone.

Review embargo lifts in just a few hours, but considering how late review copies went out, you may not see many scores. There will definitely be impressions in the wild, though.