Mario & Luigi could be making a return.

As spotted by LetsGoDigital, Nintendo of America has filed a new trademark application for Mario & Luigi in South America. 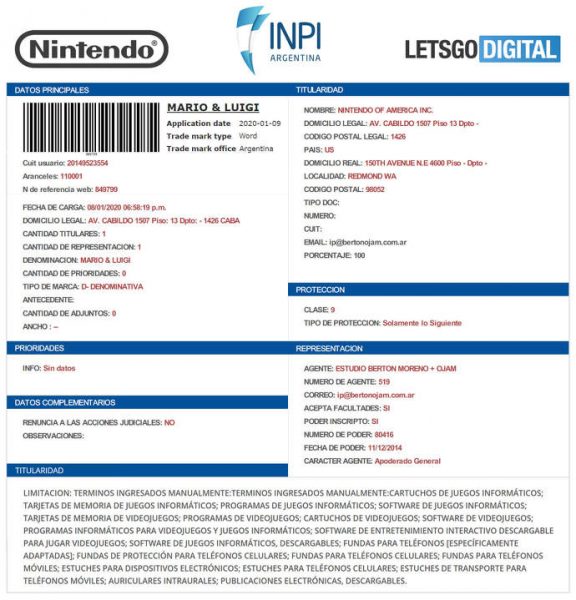 Of course, it's possible Nintendo is just trying to keep a tight grip on its own IP. But the timing of things is of interest. Mario & Luigi's original developer AlphaDream filed for bankruptcy late last year following poor sales of its 3DS release Mario & Luigi: Bowser's Inside Story + Bowser Jr.'s Journey.

The RPG series had been developed by AlphaDream for handheld platforms since 2003. But with a new trademark filed it seems Nintendo may not be done with the franchise after all.