Part two of Monster Hunter World’s Horizon Zero Dawn event, The Proving, is live and in order to acquire Aloy's armor and bow, you'll need to check a few things off your list.

Earlier this month the starting phase of The Proving tasked Monster Hunter World players on PS4 with hitting Hunter Rank 11 by February 28. Hopefully this provided players plenty of time to reach the set rank.

After hitting Rank 11, players will need to fight a Giant Anjanath. If you are unfamiliar with the monster, here's how to kill the standard version of Anjanath in Monster Hunter World.

Once the Giant Anjanath is brought down, special materials and other loot items dropped can be taken to the blacksmith to craft. Killing this monster will also guarantee a Gold Crown for your Guild Card.

Now that you have all of the general information on The Proving, it's time to go get that sweet Aloy armor.

Monster Hunter World - How to get the Aloy Armor and Bow

This is a full armor set, and because of this, it will not be compatible with other armor sets in Monster Hunter World. When donned, players will not only be dressed as Aloy, they will look like her too whether  a male or female character was created.

After accepting the quest, head over to the Ancient Forest to find the Giant Anjanath. Once the monster is downed, materials such as an Anjanath Scale, multiple pelts, and other items will drop. These are some of the items players will need in order to craft Aloy's armor and bow.

Players will also acquire one or two Nora Brave Trophy tickets per Giant Anjanath run. Nine in total are needed: four for the armor; two for the bow; and three for the second bow upgrade.

Once players have everything needed to craft the armor and bow, they should head over to the Smithy, scroll down to Full Armor Sets, and turn over the materials. 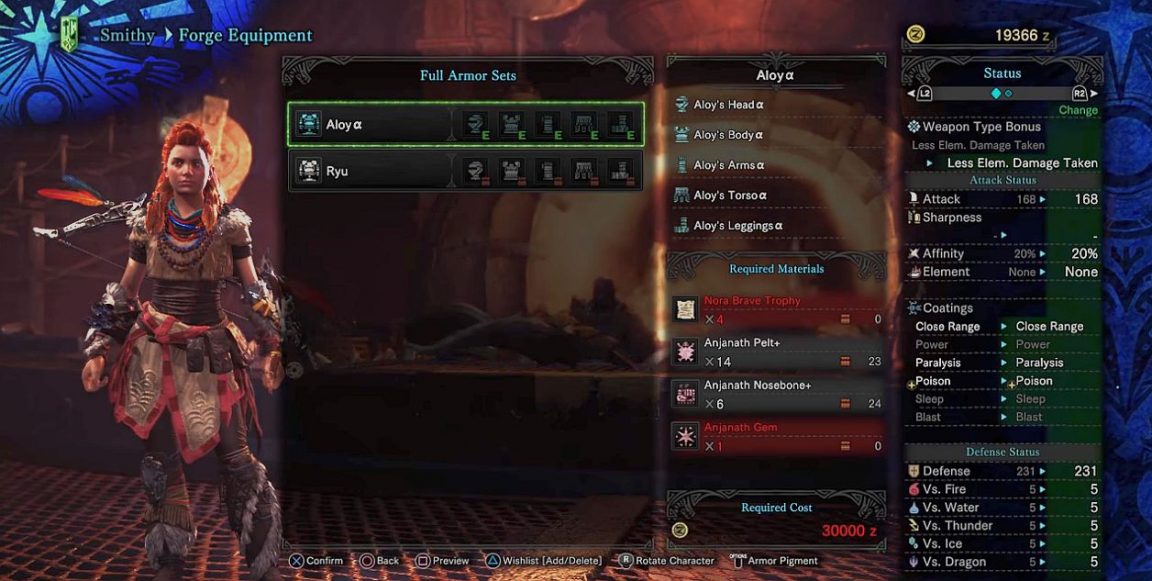 While Aloy's armor in Monster Hunter World comes with its own set of skill bonuses, it can also be upgraded and augmented if the player wishes to make it a viable set of kit. Standard skills and Anjanath kill set bonuses, are posted below.

Each piece of the Aloy Armor in Monster Hunter World also comes with a nice selection of decorations slots. The arms, head, leggings, and torso slots allow one decoration each, and the body piece has two slots. Aloy's bow features one decoration slot. Players are also able to boost some skills sets up to level 3.

Speaking of the bow, let's have a look at it. 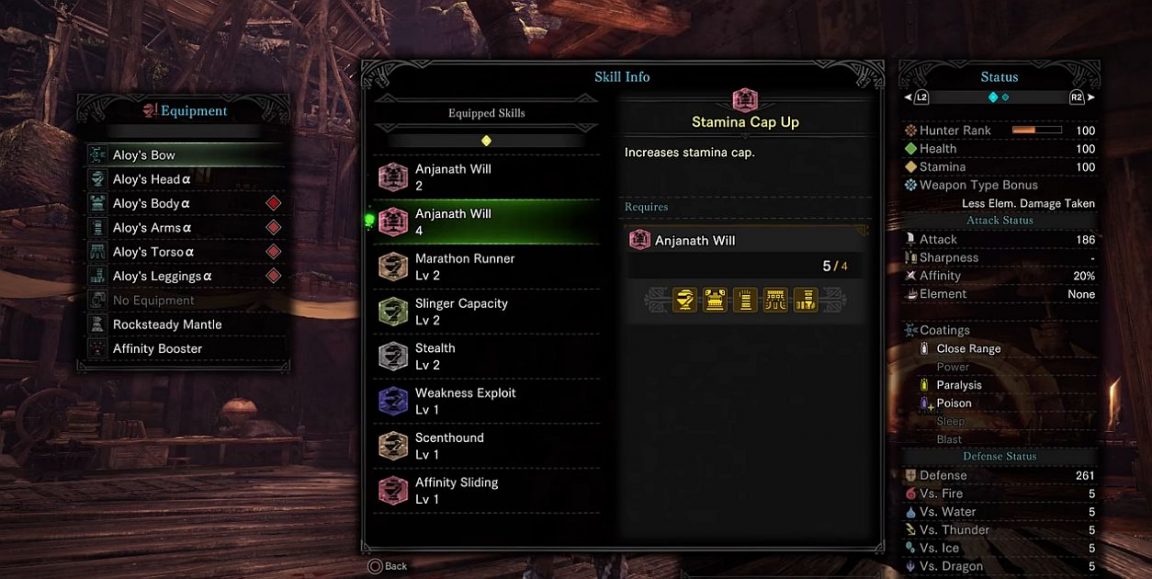 Once players have everything need to craft the bow, they need to head over to the Smithy and turn over the materials. 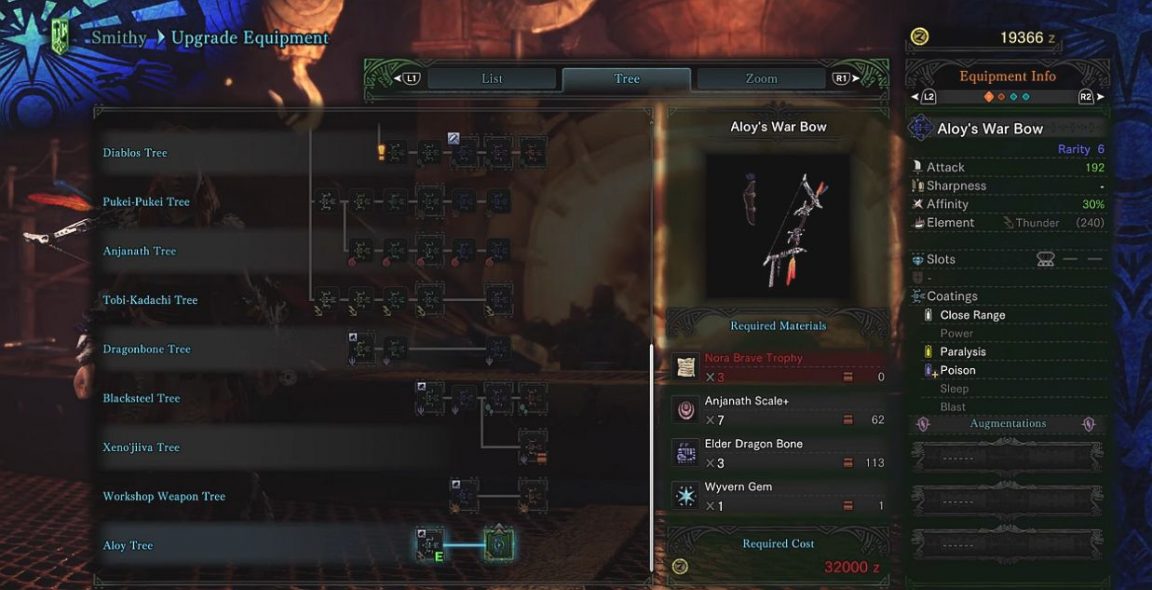 In order to upgrade Aloy's base bow in Monster Hunter World to the War Bow, players will need to gather more materials. This means you'll have to fight the Giant Anjanath again to acquire some of the items needed.

Because of this, it's probably best to fight the beast over and over again before forging both the armor, the bow and the bow upgrade to save some running back and forth. It wouldn't hurt to fight an Elder Dragon and a Wyvern beforehand either, as materials dropped from these Monster Hunter World beasts are also required.

The Proving runs through March 15, which should give players plenty of time to earn the Aloy armor and bow. If for some reason they don't, like other Monster Hunter World event quests, The Proving will rotate in and out.

This also includes the Palico Watcher Machine gear event which ended on February 9.

Of course, whether it's worth all the work or not is entirely up to you. Still, it would be rather cool to run around Monster Hunter World looking like Aloy.