Boots are back on the ground in Call of Duty: Modern Warfare, but you’re not allowed to touch them. You may pick the person who stands in them, joining the fray as a Spetsnaz hunk or Nigerian defector. You may also customise your weapon to within an inch of its barrel - even adding or shaving inches off with scopes and attachments. But you may not change your shoes. Everyone in the new COD must stick with the standard issue wooden clogs.

A lot of COD players aren’t chuffed about this. Weaned on a decade of Black Ops, they’re accustomed to drifted across maps like ghosts, pouncing on players foolish enough to stand still. They bought Modern Warfare intending to circle its killing fields endlessly, silent and swift as sharks.

Instead they’ve become prize ponies, clopping about the place. Campers will always hear them coming, such is the comedic volume of their hoofsteps. It’s as if COD’s soldiers were followed everywhere by a coconut-carrying Patsy, like King Arthur in Monty Python and the Holy Grail. 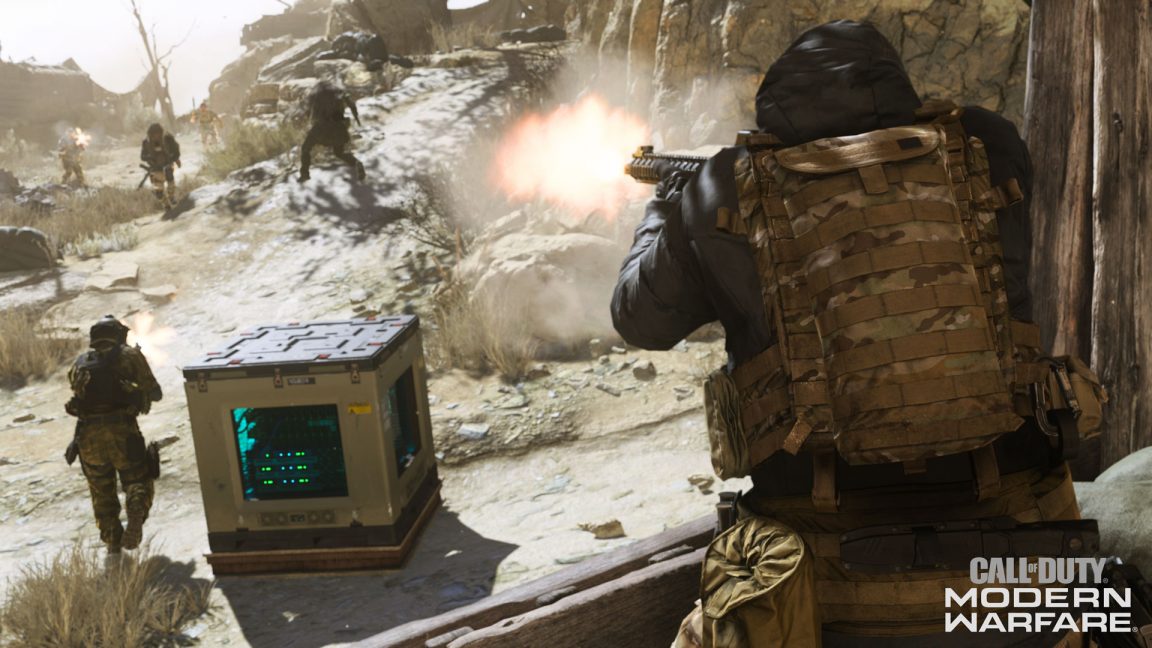 Understandably, these galumphing spec ops have been considered buggy by much of the community - a position Infinity Ward appeared to support when it pushed out a patch a week and a half after launch. Except that afterwards, players complained that footsteps were still too loud, leading to another update that addressed the same issue.

I’ve been playing since then and can report that footfall will remain positively elephantine this weekend, with heavy footfall expected across London, Saint Petersburg, and parts of the Middle East.

It’s easy to see this ongoing debacle as evidence of incompetence, but I interpret Infinity Ward’s subtle volume changes as reluctance. It’s a trait I recognise from my days as a teenage metal fan, turning down the music by tiny increments at the behest of my parents. The compliance of somebody who doesn’t really want to comply.

Why wouldn’t Infinity Ward want to turn down the footsteps? Because, I suspect, they’re loath to sacrifice something that gives their multiplayer a distinct character in the canon of COD. Modern Warfare is not Black Ops: more than ever, it’s about intelligence gathering rather than simply barrelling forward. That focus is reflected in its maps, which since beta have thrown veterans with their many nooks, vantage points, and hidden pathways. 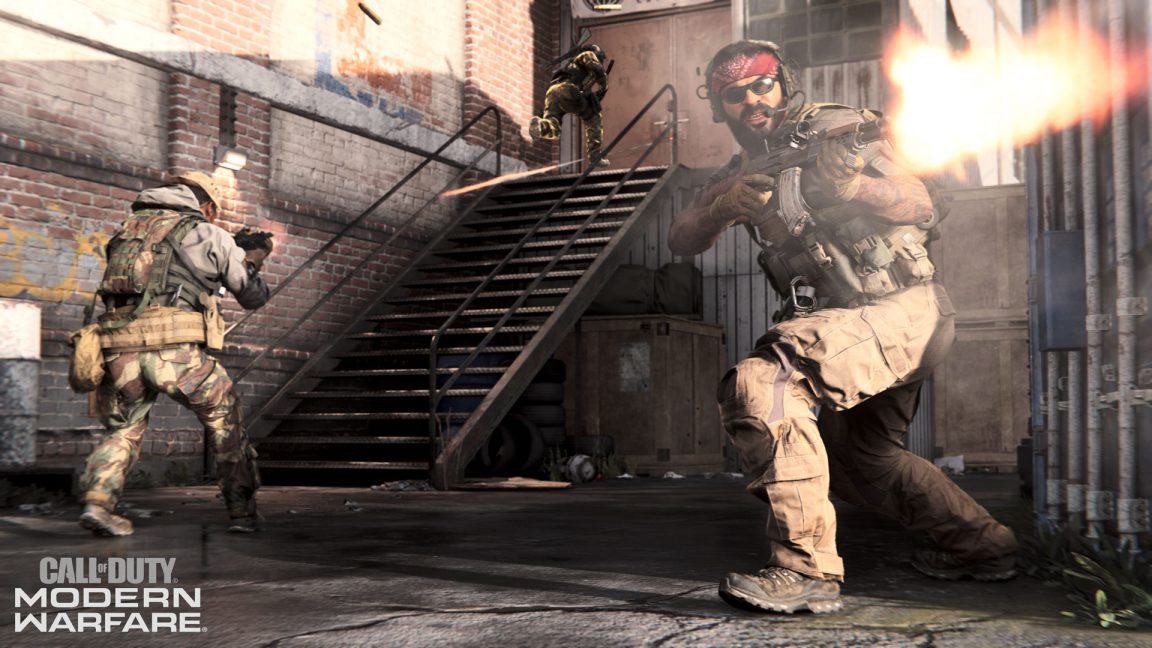 David Vonderhaar, the longtime custodian of Black Ops multiplayer, has talked about the “lane check” Treyarch lives by - ensuring no map intersection has more angles of attack than a single player can cover. For Modern Warfare, Infinity Ward appears to have thrown that rule out of one of its many, many windows.

In this year’s COD, it’s important to watch your compass constantly to work out where gunfire is coming from. And when that fails, footsteps are an essential tool for sourcing information. These aren’t clumsy additions: they suggest that Infinity Ward wants you to rely on spatial awareness as much as a quick trigger finger. Modern Warfare is a game about on-the-fly analysis, and the audio factors into that life or death decision making. If it wasn’t the clogs, it would be something else. A cowbell, maybe.

The footsteps make most sense in Gunfight, Infinity Ward’s one brand new contribution to COD’s mode roster. It sits off to the side of the playlist - so as not to upset purists, presumably - but really it’s the core of the multiplayer experience. There, on tiny maps populated by just four players, COD becomes a Western shootout. Death is permanent, and usually comes to those who fire second. The name of the game is discovering the exact location of your two opponents, without giving away yours. And to do that, you need to plug your headphones in and listen.

It’s not the twitch of your thumbstick that’ll save you when an enemy flanks the Gulag Showers with a shotgun - it’ll be the pitter-patter of big boots against broken tiles. Gunfight is a mode that rewards good ears and careful observation. That’s not to say that camping is the best way through - if somebody’s hiding, the game activates a central flag to determine the winner. But it fosters a high stakes claustrophobia that is distinctly Modern Warfare.

In fact, you can see that same philosophy at work in the campaign. In Clean House, the defining mission of the game, you creep into a London abode to take out a handful of terrorists - evaluating which occupants are enemies as you go. There, the yells and bangs behind the doors you’re yet to open give you a clue about how to prepare, in a situation that otherwise offers too little clarity.

It makes sense that Modern Warfare’s multiplayer should offer the same kind of grounded intimacy - even if it means hammering that ground with heels better suited for tap dancing. As for the purists: Black Ops 4 still exists for those who want it.