Kojima Productions has alerted development hopefuls to the possibility of working on the next Metal Gear Solid game, posting what seems to be the first official artwork for the unrevealed title.

"Big Boss wants you," a dedicated recruiting portal declares, also referencing "the 'next' MGS" and "development without borders".

Kojipro is primarily looking for engineers to work on "the latest Metal Gear Solid targeted for high-end consoles and PC" as well as "next-gen game engine technology for use with the FOX Engine".

Candidates are asked to front up at the Konami Group booth, #1914, in the Career Pavilion, at GDC, which runs from March 6 through March 9.

Development of a new, core Metal Gear Solid Game had not been official confirmed, with Kojima Productions working instead on a new title codenamed Project Ogre, but Hideo Kojima said he'd "probably have to make" it. One of his ideas for the game before turning attention to other work was to tell the story of the Boss and Cobra Unit during the invasion of Normandy.

The art work, which seems to show Big Boss with some sort of dog - or hound, hem hem - is below. 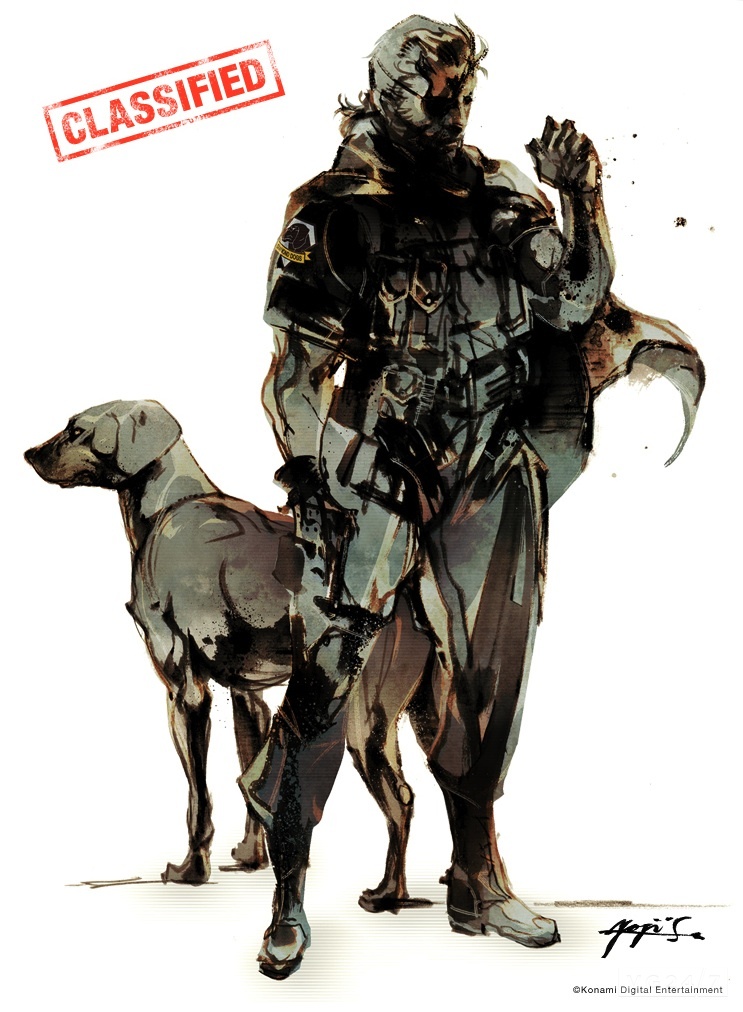