PS4 exclusive God of War will be released this April.

April 20 according to Cory Barlog, who almost sounds like he's from Lord of the Rings.

If you like dropping money on pre-orders and special editions, you won't be disappointed. This Collector's Edition comes with a 9 inch statue of Kratos and son Atreus slitting necks, a cloth map, some carvings, a lithograph and steel case: 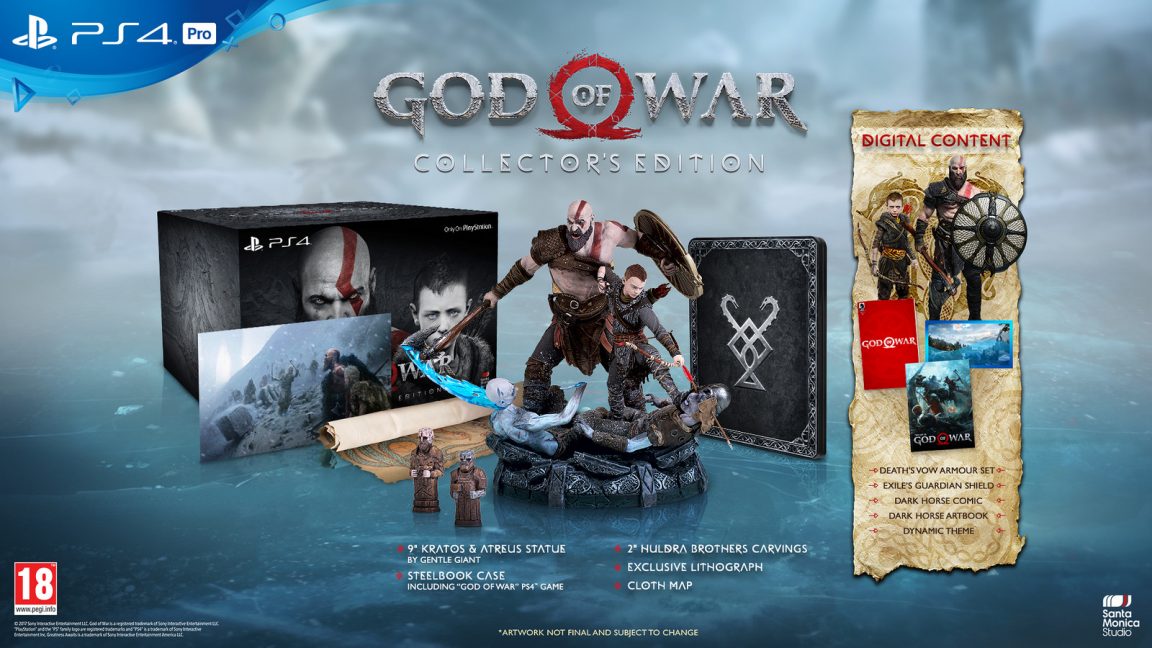 The Limited Edition comes with a steel case and art book: 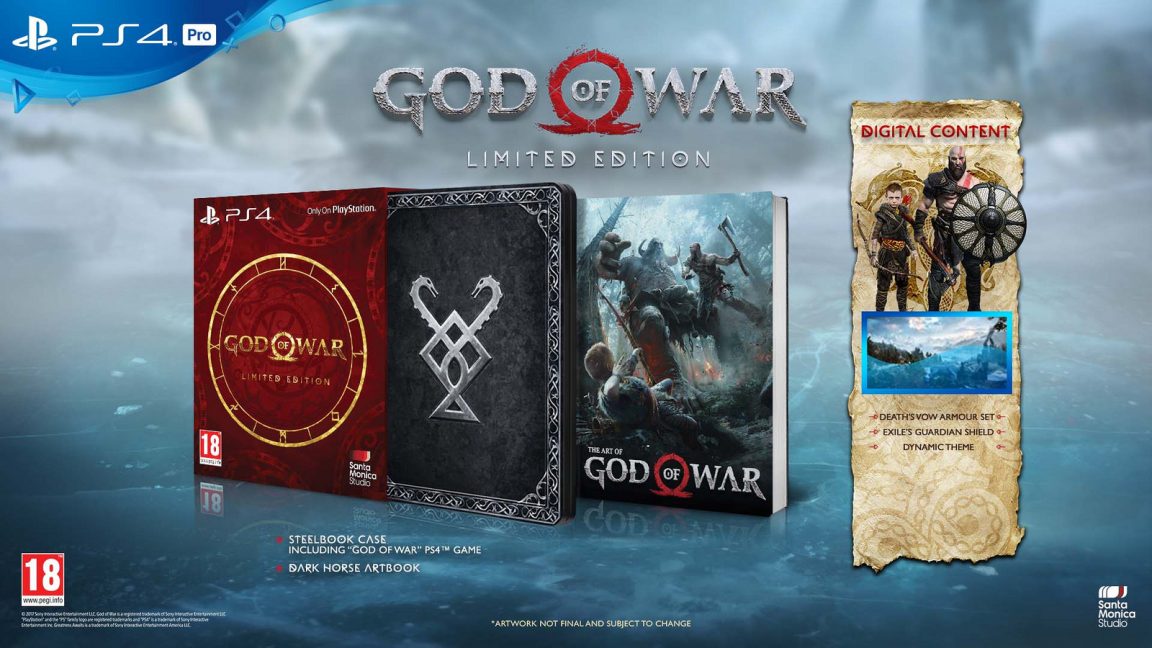 There's also a Digital Deluxe Edition if you're not a fan of clutter, which comes with digital art books and such, as well as the Death’s Vow Armor Set to wear in-game. Look: 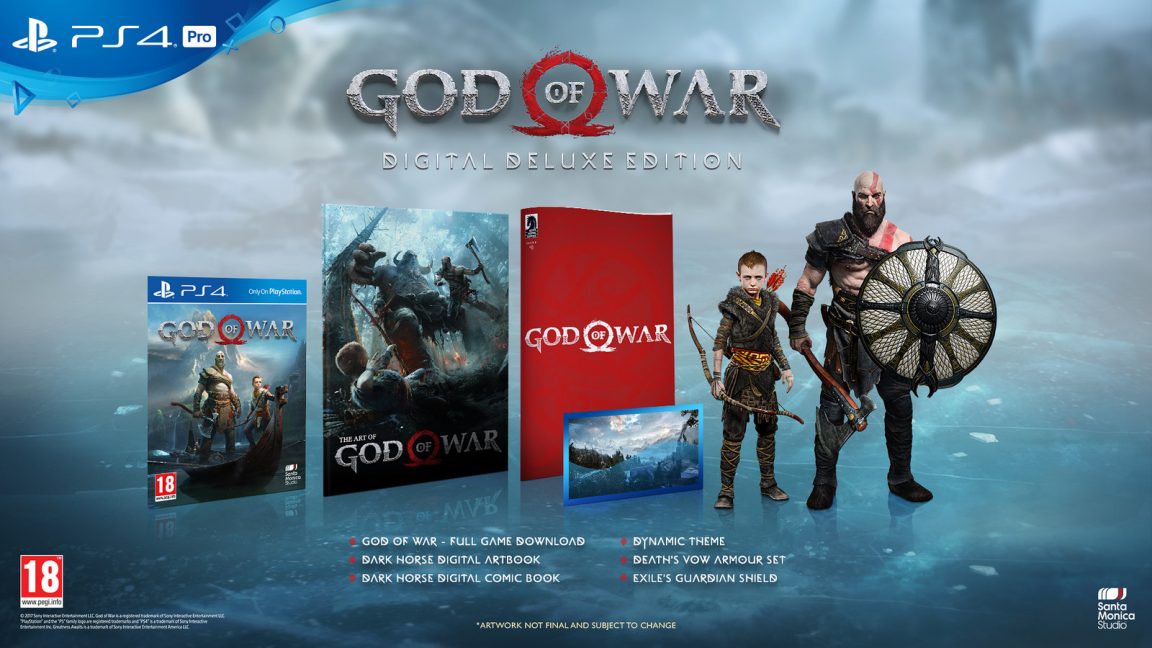 All pre-orders will net you some shield skins which look like coloured variations on the same theme:

Some pre-orders form specific retailers will also get you the Luck of Ages XP Boost, which gives you +10 Luck and has 1 Enchantment Slot.