Playground Games hosted a livestream yesterday to show off the spring map of Forza Horizon 4.

A look at Forza Horizon 4 during springtime was shown by the developers through a one hour livestream.

Maps in the racing game will undergo seasonal changes, and the weather can have significant effects as it switches between spring, summer, fall, and winter.

The seasons will change not only the look of the game and road conditions, but certain pathways may also become inaccessible depending upon time of year.

You can get an idea of how the game map looks during spring below.

Forza Horizon 4 features over 450 cars to unlock, and the rather large, shared open world will change every week. making this the most ambitious game yet in Playground Games’ celebrated racing series.

Announced during E3 2018 during the Xbox conference, Forza Horizon 4 will release simultaneously on PC and Xbox One on October 2, and will run at 4K, 60 FPS on Xbox One X. It will also debut as an Xbox Game Pass title on the same day. 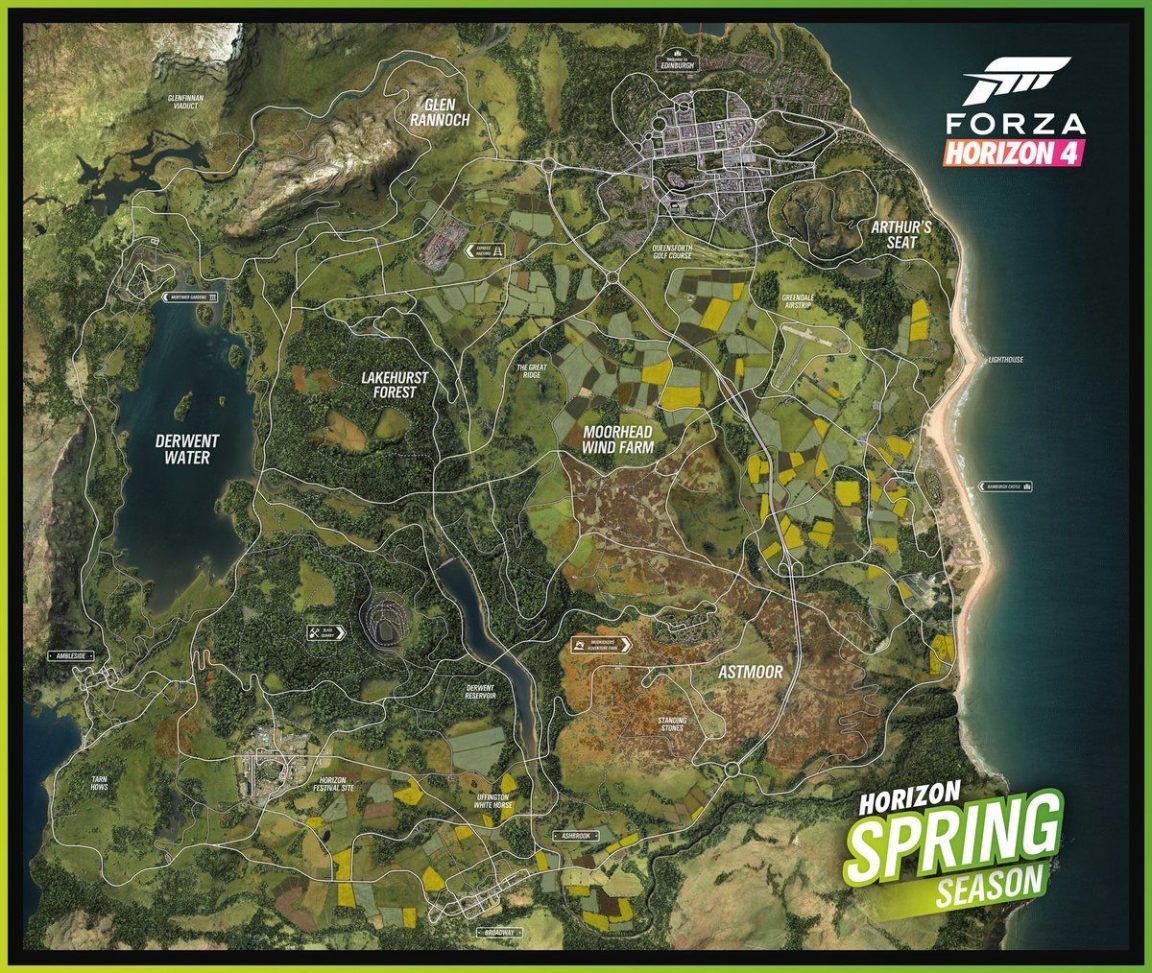