Forza Horizon 3 sends the series on a beautiful cross-country road trip of Australia that is enjoyable in all the same ways Horizon 2 ever was. 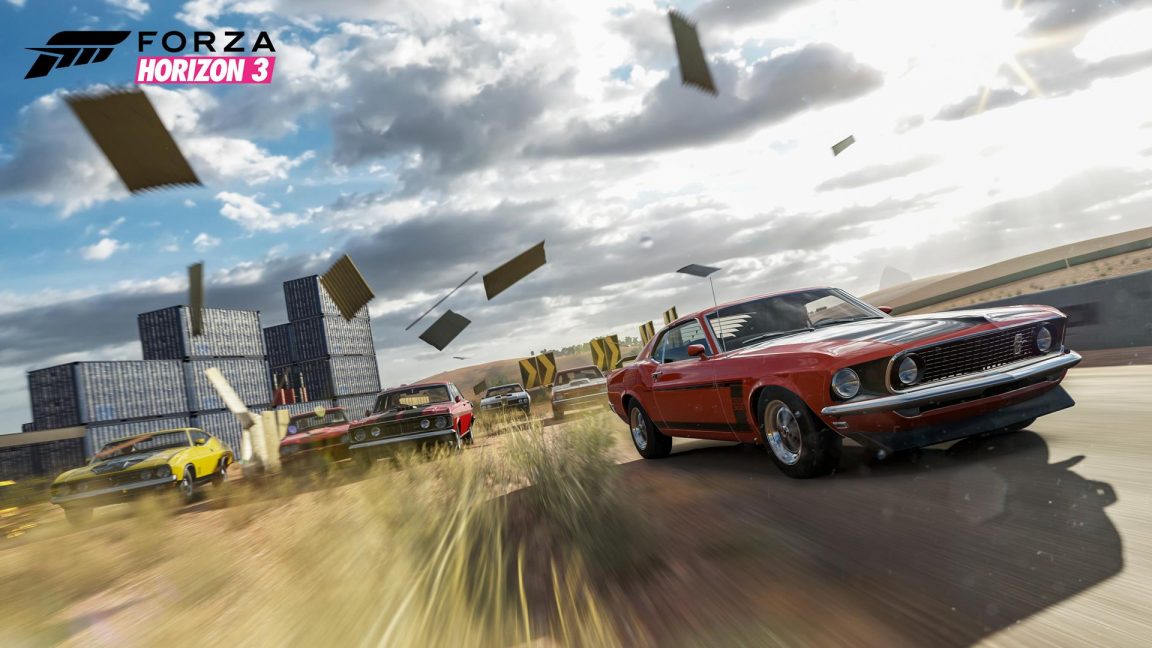 "The real star of Forza Horizon 3 is Australia itself, and the clear visual step forward the game represents, rather than the cars."

The Forza Horizon series, which spun-off from the more simulation-focused Forza Motorsport games, has done a good job of filling the void left in Xbox’s line-up when Project Gotham Racing developer Bizarre Creations shut down. At the same time, the series has expertly tapped into gamings obsession with seeking what’s beyond the horizon in an open world, both eponymously and in terms of how these games are constructed.

As was the case in Horizon 1 and 2, the third game mixes the in-depth customisation options and general car-love of the mainline Forza games with a sense of frivolity: you can still tinker under the hood to alter your speed around corners and shave seconds off your lap times, but you’re probably going to spend more time hooning over jumps and blasting across open fields for fun than you are overtaking opponents.

The Horizon Festival has headed to Australia for the series’ third entry, a country that very few triple-A games ever bother to visit, let alone lovingly render. The map stretches from Byron Bay, past the Five Apostles and up to Surfers Paradise; further inland there’s the Yarra Valley and the nebulously defined outback, a great expanse of dust and dunes. The distances between these sites are hugely condensed, naturally, to cut out a lot of the clutter and long country roads. 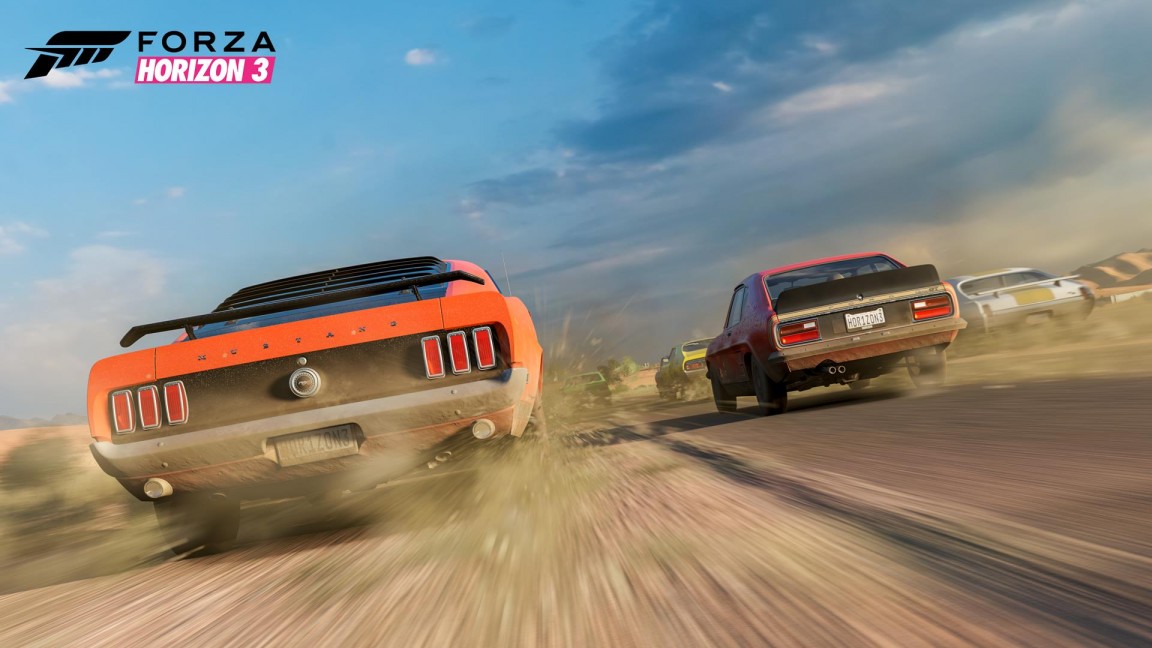 While it would be misleading to characterise Australia as a country that is wholly represented by a handful of landmarks and concepts, the game has perfectly captured the idea of Australia we like to put forward in our tourism ads – the selling points of Australia, the gorgeous vistas and lush tropics and quirky small towns and beautiful beaches. Beyond this, there are extra touches that only Australian locals are likely to appreciate. The bins out the front of houses, for instance, are authentic with their red and yellow lids. The roads are realistically poorly lit at night. The ‘barn finds’, old classics that can be found and restored, aren’t actually in barns anymore, instead found in shitty iron sheds scattered around farmlands. It makes Surfer’s Paradise look a lot nicer than it actually is, but that’s understandable.

The attention to detail in Forza Horizon 3 is meticulous in almost all areas (try not to flip your car, because they didn’t bother rendering underneath them). Sure, the driving model is great – it always has been in Forza – but the real star of Forza Horizon 3 is Australia itself, and the clear visual step forward the game represents, rather than the cars. When you slide around a rain-slicked corner and suddenly find yourself barrelling into a lush rainforest, or you cut through farmlands, hurling yourself over a jump, and for a moment spy the tall buildings of Surfer’s Paradise in the distance, the part of your brain that intrinsically understands the Xbox One as the technologically inferior of the two major consoles switches off. 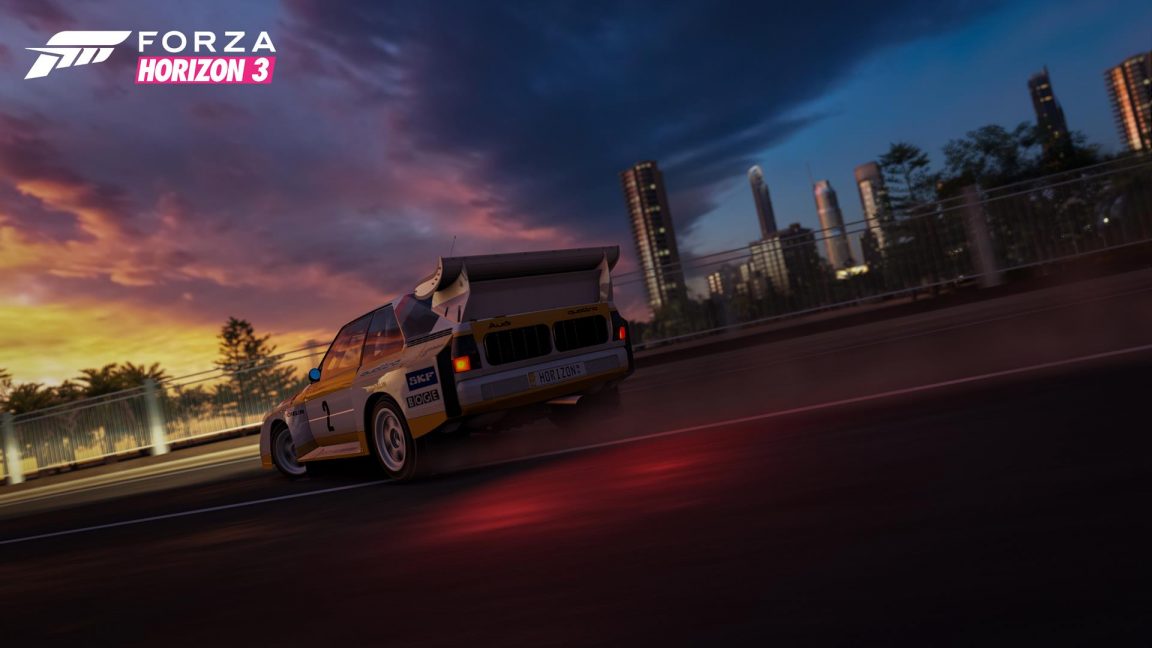 "When you slide around a rain-slicked corner and suddenly find yourself barrelling into a lush rainforest, the part of your brain that intrinsically understands the Xbox One as the technologically inferior of the two major consoles switches off."

In this one area, Forza Horizon 3 is a big improvement on its predecessor. There are several other changes, improvements and additions made within the game, but how much of an impact these have on you is going to differ depending on your personal play style. Personally, I’m not a huge car guy – there aren’t brands or models that have a strong hold on me – and the appeal of the Horizon series has always been the thrill of the journey. In some ways, races in Horizon 3 feel a bit more 'traditional' than they did in Horizon 2. I found myself with far fewer opportunities to ignore my GPS and tear off the track, making my own shortcuts, than I did in that game. Despite featuring a larger map, Horizon 3 doesn’t always feel like it’s making the most of the space it’s offering up.

There are far more customisation options in this one as well, not just in terms of your cars – which you can now change just about every aspect of, if that’s the sort of player you are – but in the events themselves. The new Horizon Blueprint system allows you to create and upload your own races and challenges, setting the cars allowed, choosing the route, and even messing with the time of day and weather. Your choices here are fairly limited, in that you can’t outright invent your own tracks, but each race location on the map will now give you multiple options beyond the initial recommended one. 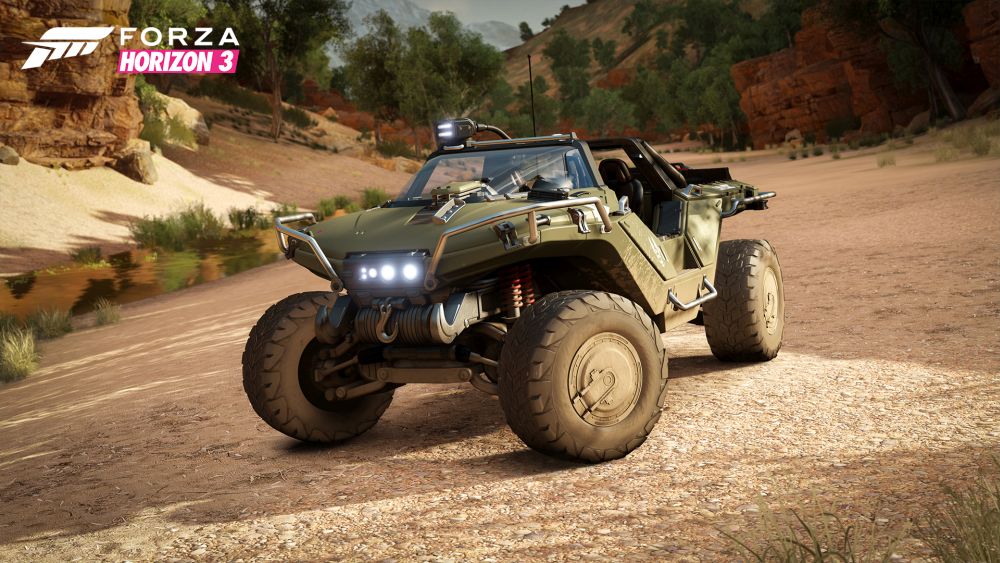 In some ways, this is a cool addition. It means that you can largely stick to driving your favourite cars if you so choose throughout the entire game, and that players are able to come up with interesting challenges. Some of the player-crafted blueprints I’ve tried have been a lot of fun, and making your own is easy and enjoyable. It also means, however, that the game feels a little less crafted than the greatest racing games, and the game leans on Blueprints hard for variety. Often when I unlocked enough 'fans' (a fairly weightless figure associated with completing events) to upgrade one of my five festival sites and unlock further events, I found myself a little bothered by how many of the new challenges on the map were PR Stunts and how few of them were actual race sites.

PR Stunts consist of speed traps, drift zones, and jumps mostly, with the occasional excellent standalone Bucket List challenge that sets up specific criteria and gives you the car to complete them in. The issue is that the car you’re driving at any given point isn’t necessarily going to be well-suited to these. Usually you’ll want either a ridiculously fast hyper-car or a grippy, speedy rally car, depending on location, but if you happen to be pottering around in an old American shitbox when you find them you’ve got no hope of racking up a three-star performance and gaining extra fans. Buying a good car is so essential that it feels like Forza Horizon 3 perhaps contains more cars than it actually needs. When you try to save money and buy a lemon that cannot compete in races, or even get you from A to B quickly, it’s easy to get irritated. 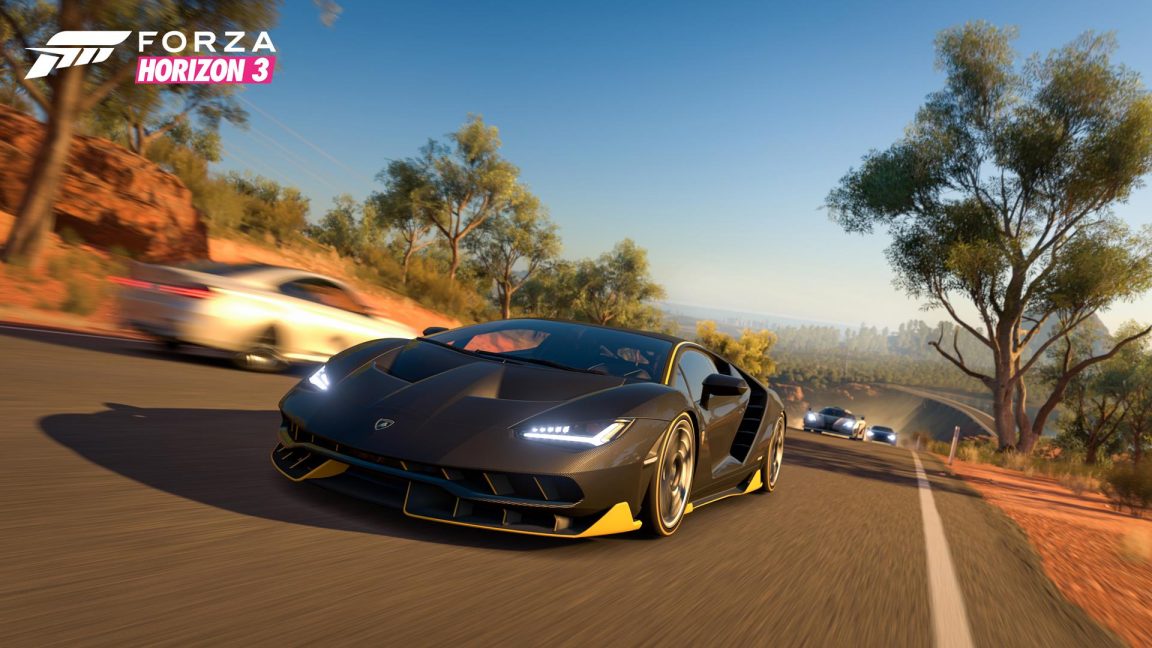 "The focus on customisation and choice means that most players can beat the game into the shape that most appeals to them."

To be clear, none of these issues stop Forza Horizon 3 from frequently being both extremely fun and terrifyingly addictive. While writing this review, I loaded up the game a few times to fact check things, and inevitably ended up playing for at least half an hour past checking those facts before finding my way back to writing. The Drivatar AI system implemented back in Forza 5 is still excellent, and seeing old online friends you haven’t spoken to in a while driving up alongside you is oddly poignant. In the interest of full disclosure, I should also mention that I didn’t get a chance to test the online features ahead of launch, so I’m unable to comment on them fully.

Forza Horizon 3 is a great racing game, and a new benchmark for what the Xbox One can achieve visually. Whether or not it’s actually better than the also-great Horizon 2 may depend on what you’re after, but the focus on customisation and choice means that most players can beat the game into the shape that most appeals to them. Just keep in mind that Byron Bay and Surfers Paradise are actually 93km apart, not 16, and that the game is outright lying about where the Twelve Apostles are.

Forza Horizon is out on PC and Xbox One September 27.