The next new weapon for Fortnite is the remote explosives.

Otherwise known as a sticky bomb, these explosives are activated from a distance and have the potential to increase strategic death-dealing across the map.

As they've just been revealed by Epic Games, we'd expect remote explosives to turn up in this week's update, which kicks off Week 4 Challenges. Don't be surprised to find remote explosives linked to a specific challenge.

They're also likely to replace smoke grenades, which Epic has said are being removed from the game entirely as no one really uses them. This week's patch will also bring loot llamas but don't expect jetpacks anytime soon. 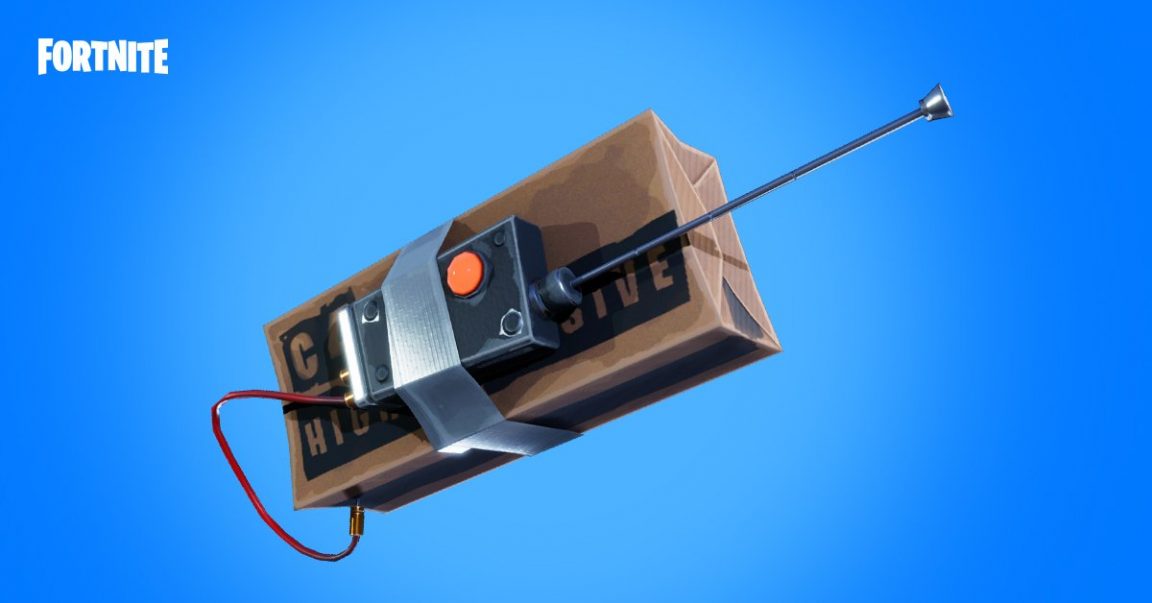 Other recent weapons added to Fortnite include the Hunting Rifle, the Hand Cannon and the Crossbow with unlimited ammo.

Sign-ups began yesterday for the iOS version of Fortnite in case you're interested in taking your game on the move with you, and the good news is there is cross-play and progress saving between mobile and your console of choice or PC.

If you're new to Fortnite we suggest jumping on it as it's one of the best free games on consoles. If you're confused as to which version is free (it's Battle Royale, not Save the World), just how the cross-play works and more, we have all the answers for you.