Now that the Marvel theme has ended, there are some new locations to check out across the Fortnite map.

Season 5 is finally here on the Fortnite Battle Royale island with new areas and realities being spliced into the existing map. Locations like Doom's Domain and Stark Industries have disappeared and have been replaced with Pleasant Park and Colossal Coliseum. There are new points of interest to visit too, with more expected as the season progresses.

There are new biomes on the map now also, with a desert pulled in around the Zero Point at the centre of the map.

The Fortnite Winterfest will start at some point in December and there's likely to be a new location or point of interest added to mark the occasion, so check back soon for more information. 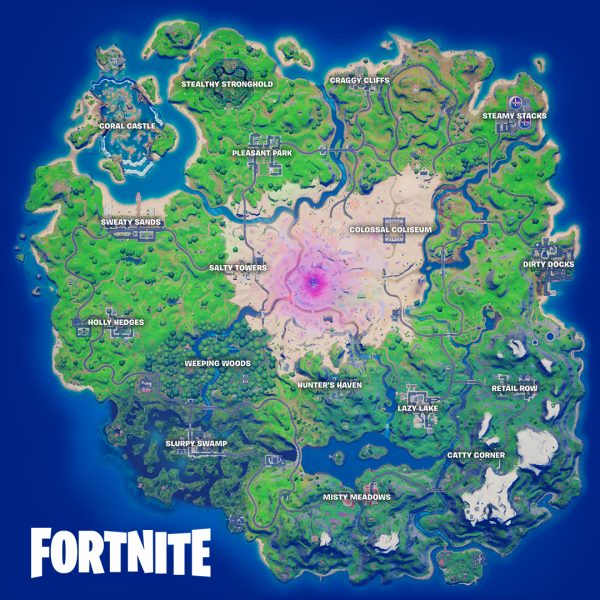 There are several key changes to the map of Fortnite Chapter 2 as the game transitions out of the Marvel-themed season and into a new reality. Speaking of, the Zero Point now sits where the Authority once was and appears to have dragged in a desert around it. Where Stark Industries sat last season, a roman coliseum now stands.

We've found these new named locations so far and will be adding to the list as more is uncovered.

As with all seasons, there are certain to be more map changes later on as events progress, so we will keep you updated as new areas arrive.