Final Fantasy XIV has gone offline ahead of relaunch as A Realm Reborn. Dave Cook speaks with producer and director Naoki Yoshida about its improvements, features and more.

It takes a big person to admit they're wrong at the best of times, but to hold your hands up and admit defeat after sinking considerable funds into a project over a number of years takes guts.

Square-Enix released the original version of Final Fantasy XIV in 2010 to critical indifference, and it currently holds a Metacritic rating of just 49%. Things didn't look good, with a muddied plot, weak quest progression and an incredible degree of HUD clutter confusing matters further.

There was also the little matter of the game being subscription-based in an industry that was - at the time - rapidly turning to the free-to-play model. The transition from single player to MMO mindsets have tripped studios up before. Just look at Realtime Worlds' APB for example.

“We start to question just how much money must have gone into this overhaul, but regardless of cost the aesthetic quality felt like it was worth the investment. Green forests, rolling hills, achingly gorgeous blue skies and colourful characters roam the plains. It’s a visual treat.”

But Square-Enix listened and learned from its mistakes, eager to make amends and deliver a game that would satisfy long-serving fans of the 25-year franchise. Final Fantasy XIV: A Realm Reborn is the culmination of that feedback and redrafting process.

VG247 spoke with the game's producer and director Naoki Yoshida to learn more about the decision to take the game back to square one, and the extent of the new features added by his team. But first, he wanted to make one thing clear.

It's clear that this isn't just PR fluff-speak either, as we saw one of Yoshida's team playing the game, walking their avatar through the lush field areas around Gridania. He told us that while key locations remain, every single area outside the previous games cities has been scrapped and remodelled.

It's at this point we start to question just how much money must have gone into this overhaul, but regardless of cost the aesthetic quality felt like it was worth the investment. Green forests, rolling hills, achingly gorgeous blue skies and colourful characters roam the plains. It's a visual treat.

What's more, it won't batter your PC or laptop specs mercilessly, so don't go saving up for your new rig just yet. In fact, Yoshida revealed to us that even the game's graphics engine has been purpose-built from scratch to push A Realm Reborn past its predecessor. 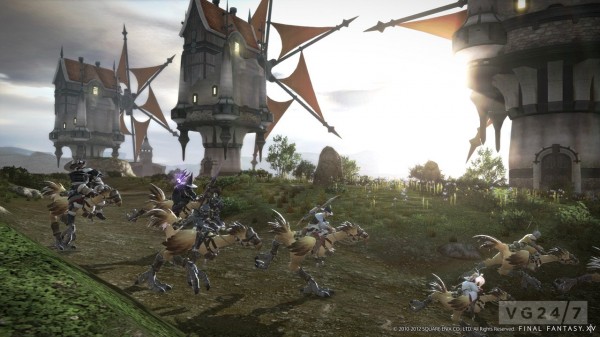 "It uses a new graphics engine that was designed specifically for A Realm Reborn," Yoshida explained, "Even though, graphically it looks like a high-end PC display, that is not the case. Players that were previously playing Final Fantasy XIV - if you were able to run the client then, then you will be able to run it again at this quality.

"This engine allows us to do real-time lighting and shadows for the first time in the Final Fantasy series, which allows us to approach a very 'photo-real' look of the game. We believe that our new graphics engine allows us to reach a level that will hold up for the game's long lifespan. Players will be in this world for many, many years so we want it to be nice and beautiful for them."

Longevity is an important factor with any MMO. If players are going to invest in a subscription fee, they need assurance that their experience will be well-tended to by it developer, and that it will be worth their money for many years.

“Final Fantasy XIV: A Realm Reborn is a product that is independent to Square-Enix. All of the money’s coming from us, so we had more time to put it into what we wanted to do. We’re not in a rush to pay anyone back.”

With A Realm Reborn, Yoshida is certainly playing a long game, but we asked him if - in a world now obsessed with the notion of free-to-play, sticking to a subscription model is a potential mistake waiting to happen.

He replied, "The main reason why we haven't decided to take the free-to-play option is that, at the game's original launch, it didn't live up to expectations and it let down a lot of fans. We lost the trust of fans who had followed us across our 25-year history. We want to regain that trust and to deliver on past promises.

"One of the promises we originally stated was that we would release the game with a subscription model. Players will be able to play it 24 hours a day, seven days a week, 365 days in the year if they paid a subscription fee. So to regain the trust of our players we must of course fulfil this promise. Right now we believe that to be more important than any kind of business decision.

"The last thing is that our aim is to make an MMO, and a lot of companies do their development for MMOs by getting money from investors. Then the investors want their money back, so if the game doesn't make enough money or doesn't have enough users, then what do we do? 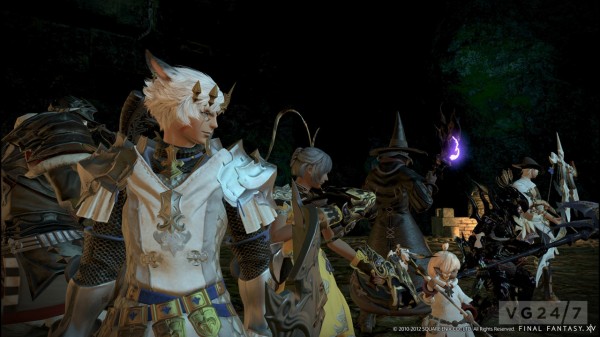 "We'd have to pay our investors back, and free-to-play is an option to get that money back to investors quickly. Final Fantasy XIV: A Realm Reborn is a product that is independent to Square-Enix. All of the money's coming from us, so we had more time to put it into what we wanted to do. We're not in a rush to pay anyone back."

When Yoshida framed his response at the time, his methodology for sticking to subscriptions made sense, but now we've slept on it a while, we're still not entirely convinced. Perhaps free-to-play MMOs really are putting on a brave face, chipping away at colossal debt with microtransaction revenue?

If this is indeed the case, then it's not a problem Yoshida will encounter once A Realm Reborn eventually launches on PC and PS3. We then ask him about one of the original game's other sore points, namely its labyrinthine and confused plot.

“The third storyline will be a continuation of the Seventh Umbral Era story, which is the story that was happening in the old version of Final Fantasy XIV. You’re going to find out exactly what it was that caused it to happen, what happened after it, what it all meant and how it ties into the world.”

"The storyline is a continuation of Final Fantasy XIV," Yoshida explained, "where the Garlean Empire invades the realm, and the story will explore why they've come here. With the previous game, we felt the tempo of the quests was badly designed, with a lot of stuff in between quests, the story was poorly explained and it was difficult to understand.

"We're adding a lot of new quests to fill all of those gaps to make progression smooth, and so you'll have a fuller picture of what's going on in the world. Most of the quests in the main scenarios will also have cut-scenes.

While this sounds simple enough, there are two more core plot threads added on top of the Garlean invasion arc. They're both interesting, but we fear that tackling so much might - once again - result in a spaghetti junction of plot threads.

"The second storyline is going to focus on the Primals, the summons," Yoshida continued, "These Primals threaten the whole world because when they were summoned, they basically draw energy from the planet Hydaelyn.

"Finally the third storyline will be a continuation of the Seventh Umbral Era story, which is the story that was happening in the old version of Final Fantasy XIV. You're going to find out exactly what it was that caused it to happen, what happened after it, what it all meant and how it ties into the world. All of those unsolved histories in the previous version will be solved." 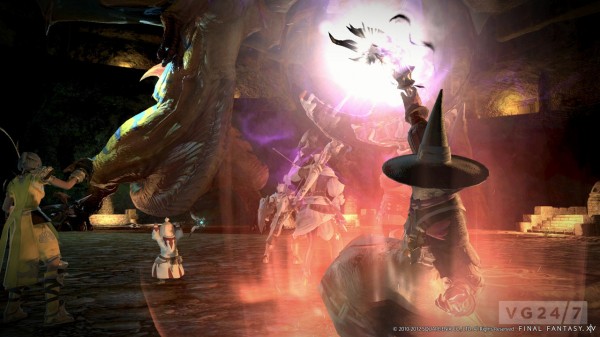 Phew. It's a lot to drink in, but given how level-headed Square-Enix has been in its efforts to make amends for the original game's shortcomings, we'll give Yoshida the benefit of the doubt that his team can delivery a more engaging and coherent plot second time around.

Another key area of complaint aimed at the original build was that the end game offered little in the way of activity once you hit its level 50 cap. Yoshida and his team are aware of the issue and are also broadening what is possible in the endgame.

It ties into the game's new gear system, Yoshida explained, "What were going to try and do with A Realm Reborn is pull it in a direction that allows gear to play a bigger role in the strength of your character.

"We do realise that there are people out there who have been playing the original Final Fantasy XIV for a long time and who want the level cap to be raised, so while we're not doing that right now, there will be a time for that. We can't promise anything yet."

If we had been told all of this without being shown it during our chat, we might not have believed that Yoshida's team was capable of such improvements in such a short space of time, but A Realm Reborn is looking like a step up on the original. People have been burned before however, so we say this with caution for now.

With the original Final Fantasy XIV behind the team, Square-Enix can look forward to something bigger and more accomplished in A Realm Reborn, and it certainly appears to be evolving in the right manner. It all boils down to whether or not the thorny issue of subscriptions can work second time around.