I don't want to reinforce the lazy stereotype that all bisexuals are greedy but on Wednesday September 11, 2019, when the Tokyo Game Show trailer for Final Fantasy 7 Remake dropped, I couldn't do any work for three hours.

Along with pretty much all of games Twitter, I was caught up in a thirst-posting social media cyclone that basically revolved around yeeting pictures of Final Fantasy 7’s core cast into the void and gushing about how fucking hot they all are after their 22-year glow up.

Tifa’s arms, Reno’s chest, Biggs’ cheekbones, Aeris in that dress, Jesse’s asymmetrical bangs… it’s like Square Enix took a composite of all the most common features from my Tinder match list and trained an AI to sculpt them, Pygmalion style, into an Unreal Engine 4 character creator. Literally making my dreams come true.

“Those eyes!” exclaims Rude when he sees Cloud for the first time. “I know, buddy, I know” I whisper at my monitor as I melt into a feckless pile of goo. Obviously, Rude’s commenting on the Mako coursing through every molecule of our spiky-haired protagonist’s body, but the headcanon I’m shipping has more of a ‘love at first sight’ kinda vibe.

Then we get to Reno – the cocky, open-shirted redhead that first helped me come to terms with my bisexuality back when Square Enix first released Final Fantasy 7: Advent Children in 2005.

In the film, Reno evolved from this podgy clump of polygonal limbs to this androgynous nymph, this cunning flirt, this CGI catnip in human form. Little did I know it, but Reno's appearance in that terrible animated spin-off movie would instigate a lifelong attraction to (and subsequent dating of) androgynous people, redheaded people, and people that like to wear suits with too many buttons undone. 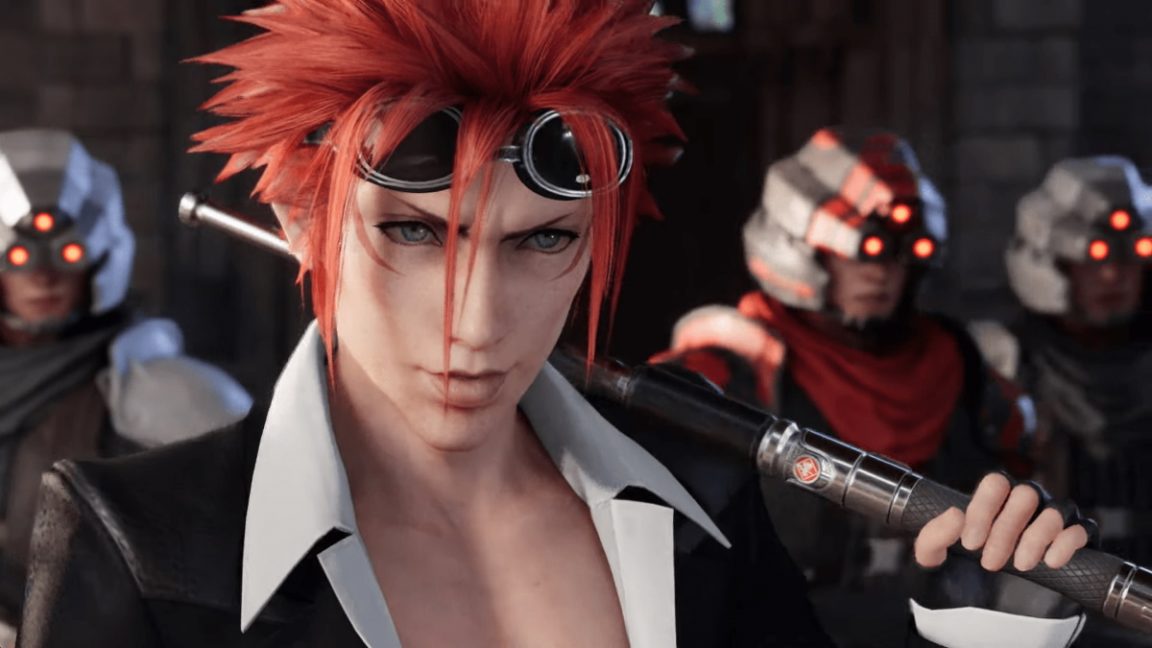 If Square Enix takes a leaf out of the Final Fantasy 15 book of ‘how to flog a dead horse’, maybe we could see an Episode Reno DLC once all the chapters of Remake are out in the wild – an announcement that, if my Twitter feed is anything to go by, would send gamers of all sexual identities into meltdown, I’m sure.

So far, we've seen Jesse, Barret, Tifa, Aerith, Biggs, Wedge, a new (as yet unnamed) SOLDIER, Cloud, Sephiroth, Reno, Tseng, Rude, and even two summons – Shiva and Ifrit. All of them are fit. Yep, even the spirits. You look at Shiva and tell me she isn't radiating Big Domme energy. Tell me Ifrit isn't bait for the most intense kind-of bear/daddy fan art.

I’ve even seen pockets of the deep, dark internet thirsting after the sleazy vibes of Mark Hamill’s Don Corneo, taken in by the thrall of his greasy lil' moustache and daft, tufty mohawk – looking like all the worst people at a Kasabian gig.

The point is, as far as I’m concerned, I’d swipe right on every single one of these people (and spirits) on Tinder. 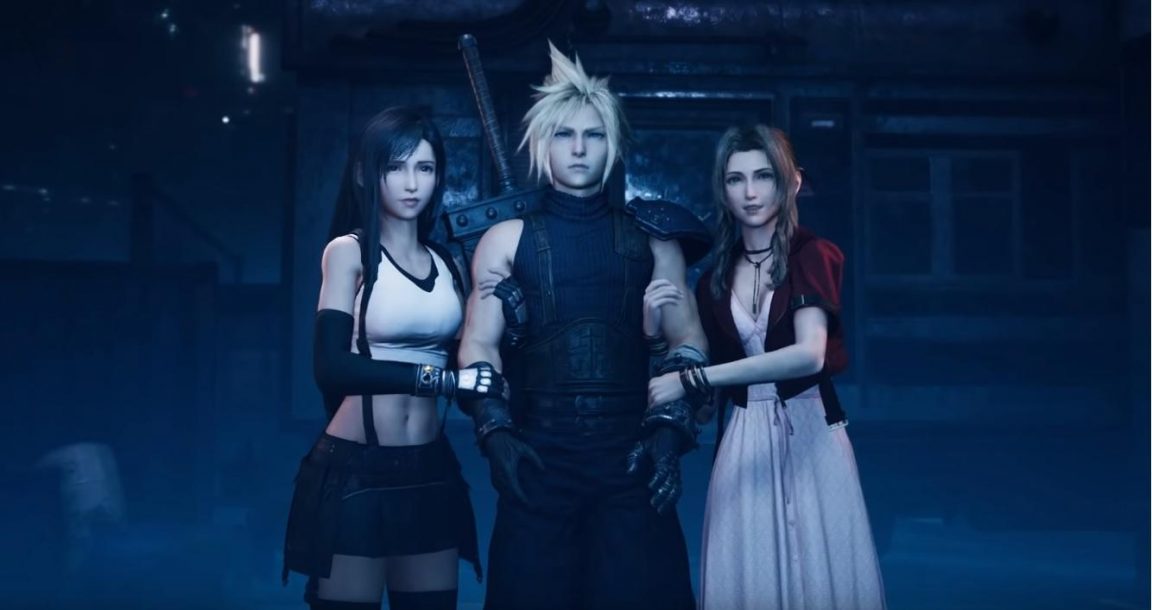 And we haven’t even seen Yuffie or Vincent yet. Be still my beating emo heart.

Yes, I’m being glib and foisting my unadulterated thirst on you purely for entertainment value, but I do think there’s a point to be made in turning every single one of your in-game characters into a complete thirst trap: it’s progress.

It’s another step away from that hackneyed videogame eye-roll of only appealing to the male gaze – of making women attractive (read: big chest, short skirt) whilst making all the men a palette swap of Marcus Fenix or Doomguy. 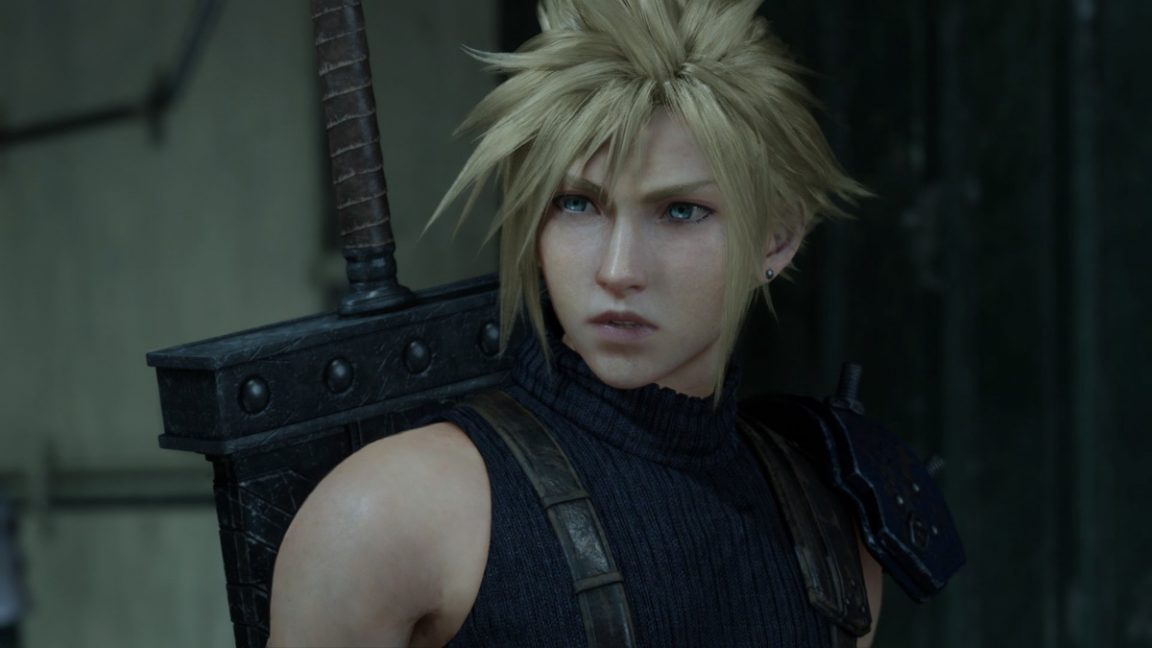 Straight people, gay people, greedy bisexuals like myself and whatever other combination of gender identity and sexual preference that enjoys gaming has something to love here (except, apparently, my primary partner). No accounting for taste, eh?

In a climate where developers get criticised for practically everything they do, I feel it’s important to celebrate Square Enix for making a cast of characters that everyone can fall in love with all over again, for their personalities and their character arcs, and for their frankly God-tier visual aesthetic.

I won’t be objectifying the heroes and villains of Final Fantasy 7 Remake or playing the game purely for sexual gratification, I’ll be playing it with a big, dumb Labrador smile plastered across my face because I can reconnect with a game that piqued my curiosity as a hormone-addled tween whilst being awed by a cast of characters that’s easy on the eye.

I hope everyone else plays it the same way: attracted to the characters that do it for you, and appreciating that – even if you wouldn’t share a bed with Cloud – he’s a fucking gorgeous ottery twink that could cleave you in half with ease (interpret that as you will). 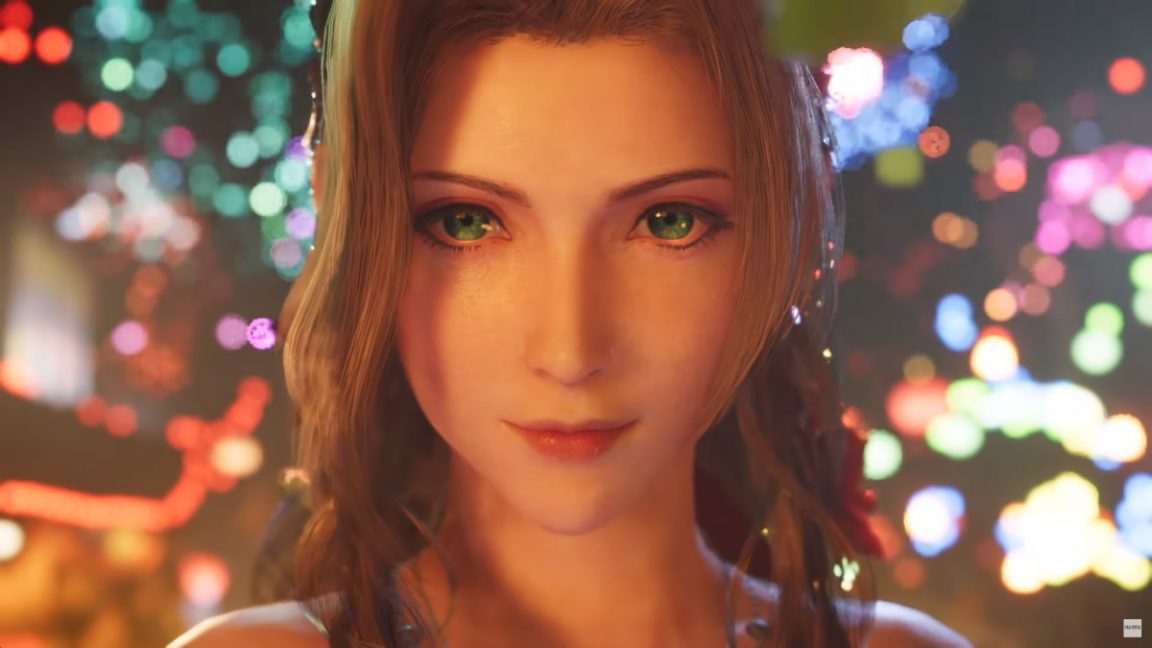 Thanks, Square Enix, for designing a cast that sacks off appealing to the male gaze and instead appeals to the human gaze instead. The thirsty women, gays, bis, pans, aces and whoever else in the ever-expanding Final Fantasy fandom salute you.

The Remake is doing it all again – but this time, I can appreciate it even more because I’ve come to terms with the fact that I’m a greedy bisexual that just can’t get enough.