Last week Square Enix reiterated once again that despite the long radio silence Final Fantasy 7 Remake will still release as multiple games. That leaves a question: just how do you break up FF7's story?

As we proved last week we love a good bit of hyper-nerdy Final Fantasy speculation here on VG247 - and so I figured I'd have a bash at analyzing some of the different options for how to split the sprawling story of Final Fantasy 7 into a multi-part release. Needless to say, if you're new to the game this article contains spoilers for all of the original Final Fantasy 7, start to finish. If you want to go into the remake clean, don't read on. 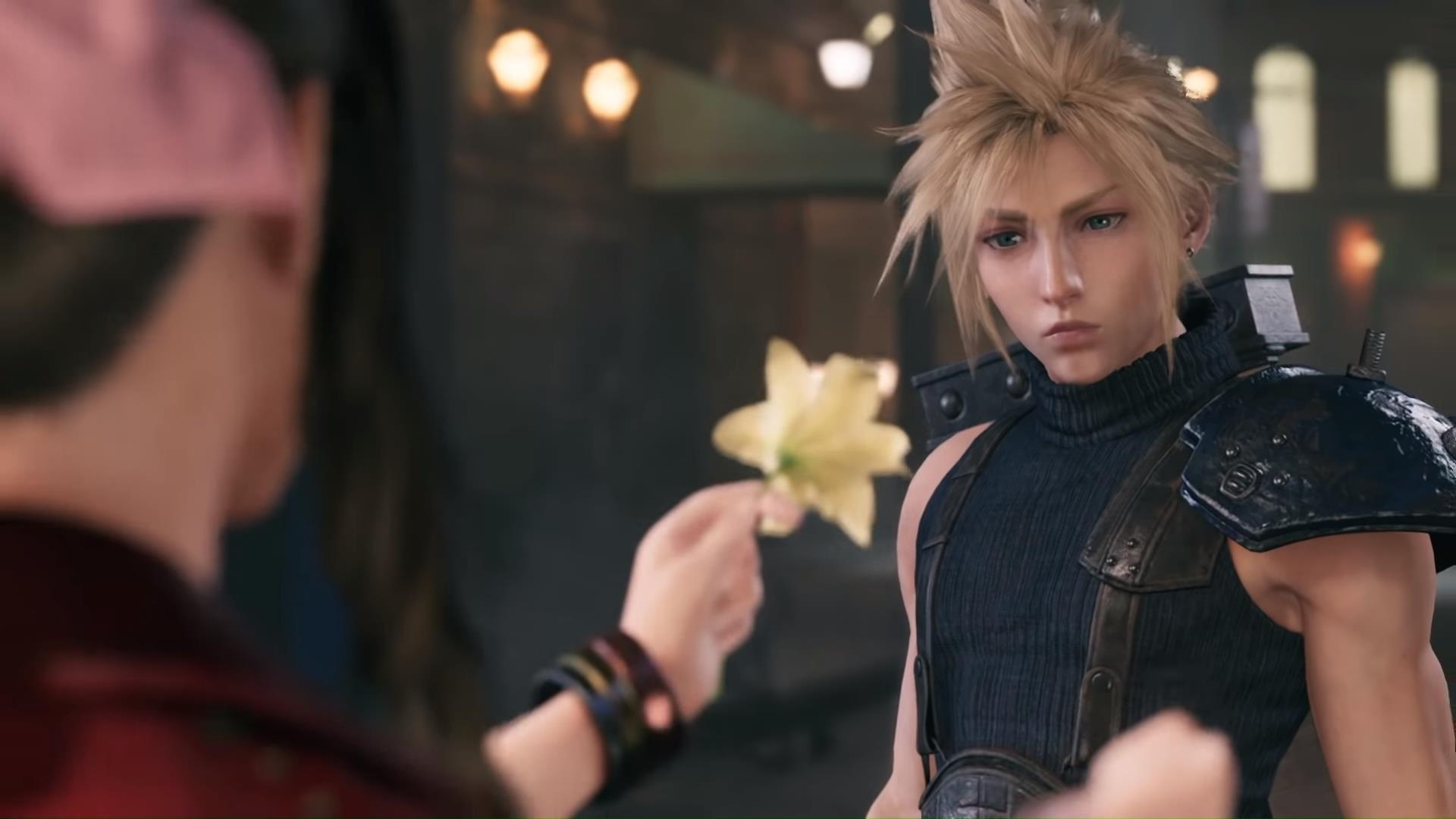 The decision to split FF7 up at all was surely difficult, but one can easily see why it might be necessary. It's a massive game but also paradoxically not as lengthy as its scope suggests. You can totally beat the original in under thirty hours, while taking in the vast majority of content should clock in well under sixty. But it also burns through expansive and thus expensive locations and assets with reckless abandon. It's a product of 1997, when a random idea like a quirky enemy might just be thrown in on a whim, but in 2019 such an aside has significant costs associated with it.

Thus Square Enix has a condundrum. To recreate FF7 without stripping lots of the original game out would be prohibitively expensive. To cut lots and butcher the game would be worse. Splitting it up therefore seems like the natural solution - and it's the one they're going with.

"It will essentially be a full scale game for each part of the multi-part series," FF7 Remake producer Yoshinori Kitase told Game Informer in 2016. Kitase goes on to suggest that fans should look to Final Fantasy 13, which had two sequels, for an idea of what to expect. Based on these comments, a trilogy seems likely.

"If we're just looking at each of these parts, one part should be on par with the scale of one Final Fantasy 13 game," he said.

This isn't a solution without risk. The original FF7 has generally strong pacing, and splitting the narrative up could easily damage that. The narrative as-is also probably isn't enough to fill two or three games of FF13 length - so there'd have to be new scenarios added throughout. There's also a business risk, of course: each part will be expensive, but the FF13 series saw significant sales drop-off with each subsequent entry.

Let's be honest: it is going to be incredibly easy for them to mess this up. For a crash course in how breaking a story up in weird ways can annihilate it, look no further than The Hobbit movies and Lindsay Ellis' excellent YouTube essay on how that all went wrong. But assuming all of these problems are properly resolved, what is the best way to split the original story up? Fans have ideas.

Splitting Meteor: fan theories on how to turn FF7 into multiple games

It's not as if this particular discourse is all that new. Final Fantasy fans have been debating and predicting exactly FF7 Remake's structure since its initial 2015 announcement. Over the years, I've seen a few theories rise to the top as the most recurring: 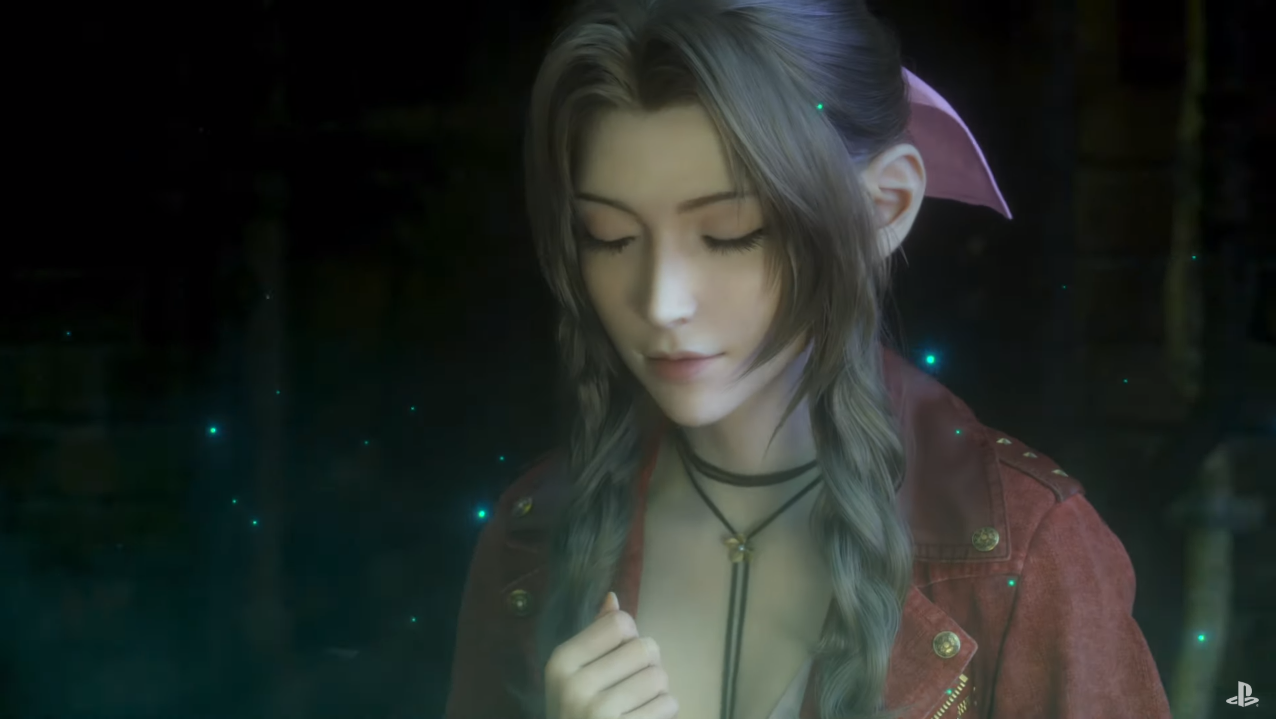 The VG247 Theory: how we'd split the remake

The above are all good theories. But none is exactly how I would structure the remake if I were in charge. If Square Enix is convinced they must break up FF7 to remake it, I do believe that for better and worse three parts is the way to go. At this point FF7's quite traditional three-act structure should be used to decide where each game begins and ends.

The narrative should drive the decision of where to pause before the next game, as preserving as much of FF7's pacing as possible is key. If you use FF7's original structure, this is what I think you end up with:

Part One: Midgar (and beyond?)

As mentioned earlier, Midgar is huge, and much of it remains unexplored. In the original game we see a good chunk of life 'below the plate', in the slums, but we never really explore the opulent city lifestyle above aside from during the chaos of an AVALANCHE mission. We see much more of above the plate in other FF7 spin-offs, making it an area ripe to expand into. Suspiciously, the 2015 trailer for FF7 remake appears to show Cloud walking around city areas that look distinctly like they're above the plate as shown in Crisis Core - areas not in the original game.

It'd be easy to see those opening chapters of FF7 expanded simply by having more of Midgar open to explore, taking in the city and tackling extra quests AVALANCHE missions. Midgar is home to the majority of this world's population, so it makes sense that it'd be enormous.

Midgar making up the first part is natural in the narrative, too: it's exposition-heavy and has its own villain of sorts who is ultimately vanquished at the end as your focus turns to Sephiroth. It culminates in an exciting set-piece in the escape from ShinRa tower, and ends on an excellent cliffhanger overlooking a wide-open world before you, with the stark realization that everything has changed.

As one of the theories above states, however, this slice could easily go a little further in the narrative. After leaving Midgar there's a short series of detours before you depart for a new continent, chasing Sephiroth. These could easily be included with the game instead reaching its climax aboard the cargo ship, but I think that makes for a less enticing cliffhanger and opening to part two.

Generally speaking traditional story structure accepts that the middle chapter is the darker one. The obvious contemporary example of this is The Empire Strikes Back, and FF7's structure perfectly compliments a trilogy fitting this.

After ending with the escape from Midgar, I'd envision a second game opening cold into the Nibelheim flashback sequence. A young, inexperienced Cloud is on his first mission (an ideal opportunity to offer players refresher tutorials), and this is also a first proper introduction to Sephiroth. This flashback sets up the party's mission for the rest of the game, too.

From here I'd have the game continue as on PS1, expanded in places, reaching its climax not at that death but instead with the moment that Cloud hands Sephiroth the Black Materia before disappearing. Here is your 'dark middle chapter' ending: you've been rocked by loss, and now the protagonist is missing and the villain has the maguffin that can be used to destroy the world.

That ending for a second part gives you a hell of an opening for a third game, too: Tifa (or Cid, but who picked him?) is suddenly the protagonist and the stakes are higher than ever. Tifa is also new at leading the party, which is another great chance for an in-universe-contextualized tutorial do-over. Also, most of FF7 up until this point is a road trip, linearly heading from place to place chasing Sephiroth. At this point the game can open up: indeed, if Square Enix wanted, it could save a possible open-ended world map for this entry.

This third part works for a lot of reasons, but primarily because it saves some real bombast for the final chapter, including a victory lap return to Midgar, the WEAPON raids and the final truth of what happened in Nibelheim, which presumably will this time around include extra details established in Crisis Core.

Anyway. That's how I'd split it - but, FF fans, how would you? And how will Square Enix? With any luck we'll get a hint in June, when the game is set to be shown in more detail.