Remember that Dragon's Dogma PC re-release from a year-and-a-half ago? Well, it's finally coming to PS4, and Xbox One this year. 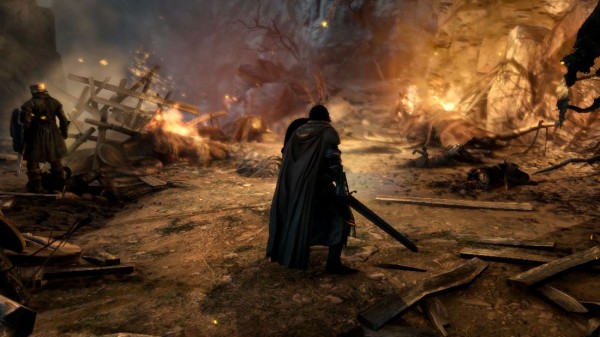 Dragon’s Dogma: Dark Arisen will hit PS4, and Xbox One later this year, Capcom has announced. After first getting announced in a Famitsu article as a Japanese release, Capcom followed it up with confirmation that it's also coming West.

Reclaim your heart in the epic Action RPG “Dragon’s Dogma: Dark Arisen”. Coming to PS4 and XB1 this fall!

Capcom did not reveal any details about the re-release, beyond that it's due out in the fall. This version could be based on the remaster/re-release PC players got in January 2016, seeing as work was already put in to bring it up to snuff, with additions like 4K resolution support and a higher frame-rate.

This year marks the game's fifth anniversary. The original Dragon's Dogma was released in 2012, and another time the following year as the complete Dark Arisen package. This is the same one that came to PC over a year ago.