That's quite a figure.

The Division is celebrating a huge player milestone this month along with its second anniversary.

To celebrate the massive figure along with the game's anniversary, starting today, a month of in-game activities will take place through March.

Said activities include four Global Events from March 1-29, with one global event per week. These Global Events will add modifiers to all in-game activities and grant players a chance for special cosmetic and gameplay rewards.

Players will also receive a sneeze emote. It can be picked up at the Reward Claim Vendor.

The Division is available on PC, PS4 and Xbox One. Check out the game infographic below for all sorts of interesting gameplay stats. 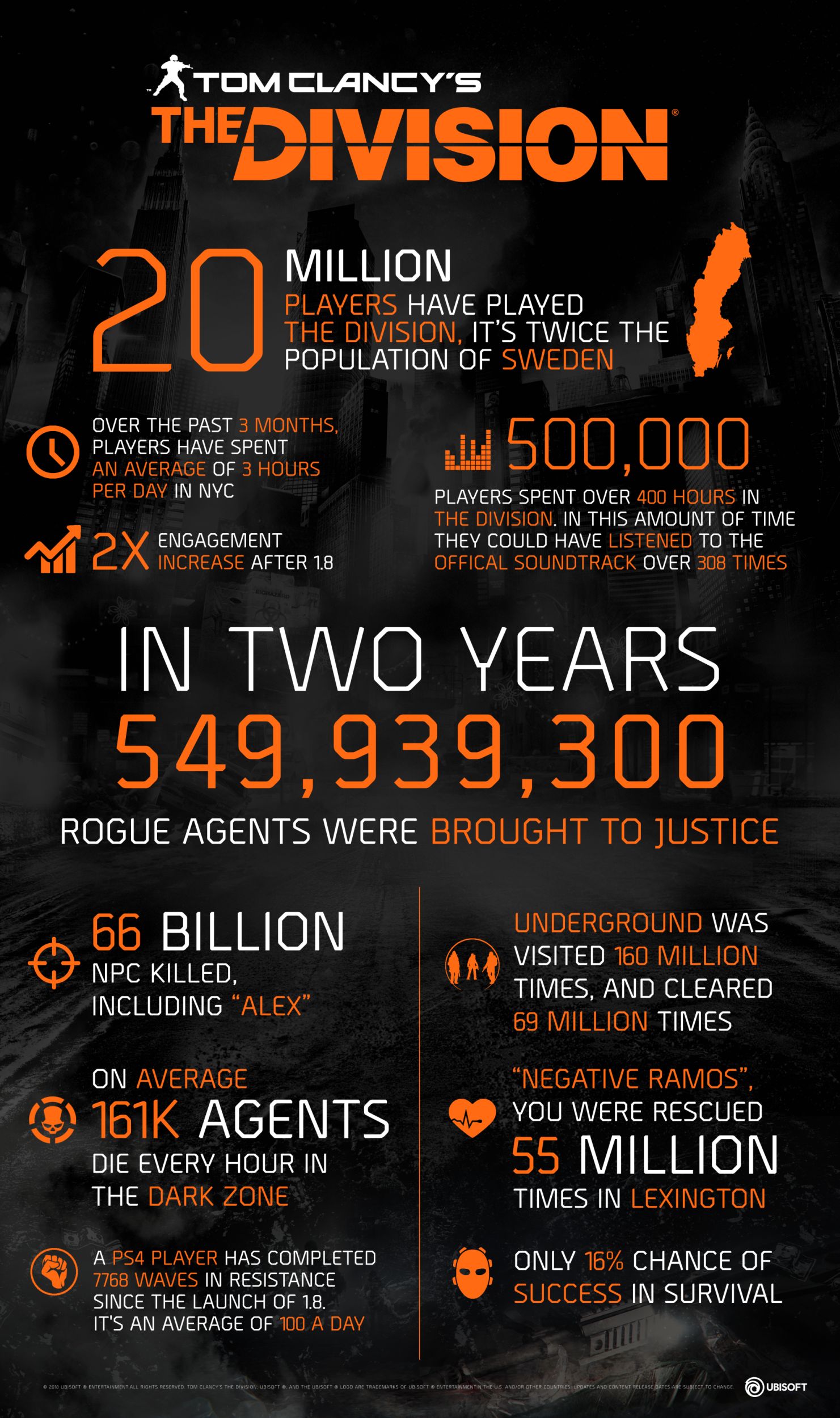