It's already June, which means September isn't far off. And you know what releases during the best month of the year right? Destiny 2.

Yes, September is the best month of the year because many centuries ago, the world was graced with my presence that very month. You're welcome.

Want to know more about Destiny 2? Here's every bit of intel on everything we could get our hands on regarding Bungie’s Next Big Thing.

All joking aside, Destiny 2 will be gracing PC, PlayStation 4 and Xbox One that month, so today we're giving you another look at weapons. Because you will be using them 99% of the time, right?

You already know Destiny 2's weapons system makes use of kinetic, energy and power weapon slots instead of Destiny 1's primary, secondary and heavy. Also, some of the old secondary weapons have been changed over to power weapons.

So, today, we'll be discussing something different: weapon mods, the possibility of skins, the new Foundry and a bit of information on how Power Ammo works in the Crucible. 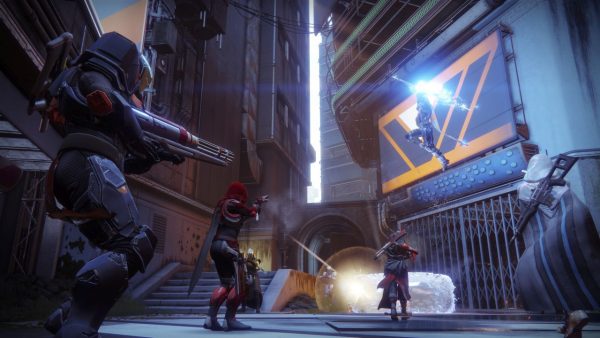 Those who were able to get their hands on Destiny 2 during the reveal event noticed a mods slot when inspecting their character's inventory. The Mod option was blocked out, so at this point, any information on what could be slotted in that section is conjecture. Arekkz goes over the possibilities in his video, noting scopes as one option.

Weapons skins have been a requested feature for quite sometime, and while players could change the looks of their swords and boomsticks with Ornaments, it would be a fun option to extend these beyond the Exotic category. Something akin to Shaders which could be enabled and disabled would be a welcome addition, Arekkz mused. And there's a great possibility the feature will be introduced.

If you recall the scene in the Destiny 2 gameplay trailer where the Hunter was running alongside the tank (4:19 in video above), you'll notice the character carrying a Monarchy weapon. In Destiny 1, these faction weapons have a red and white color scheme. The weapon in this scene has a turquoise color, and while its possible the color scheme has been modified, it's also possible it could be an optional skin. Just something to hope for. 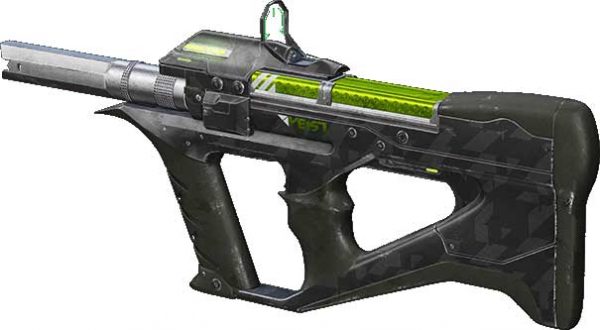 During the Destiny 2 reveal, project lead Mark Noseworthy revealed a new addition to the weapon Foundries, Veist. This group will be joining manufacturers Suros, Omolon, Tex Mechanica and Hakke.

Veist weapons will sport a neon green and dark green paint job, and at present, we know the weapons maker will offer four options. Only three were available during Arekkz's hands-on and these were the Red Mamba-3MG submachine gun, Urchin-3SI sidearm, and the Naddodd-D grenade launcher. He discusses these at the 5:44 mark.

Finally, when it comes to Power Ammo, gone are the days when players in the Crucible will gather around a Heavy Ammo chest. In Destiny 2, instead of the entire team surrounding the chest and being handed the contents, the person who picks the chest up first will get the goodies.

In the Crucible match played at the event, the Countdown mode timer kicks in about 15 seconds into the match and it's a further 25-30 seconds before the chest spawns. There are two spawns per team, so it will be in a team's best interest to have, say a Sniper pick one up and the person with the grenade launcher the other. Arekkz explains this in more detail in the video.

We expect Bungie to explain gameplay mechanics and show off more weapons options at E3 2017, probably during the Sony presentation.

Since the developer will be at the event, we'll likely hear more as the week goes on. VG247 will be at E3 as always, and Arekkz will be there too, so expect more Destiny 2 information at that time.