If you have a powerful enough PC, you can run Destiny 2 at nearly five times the frame-rate of the console versions. 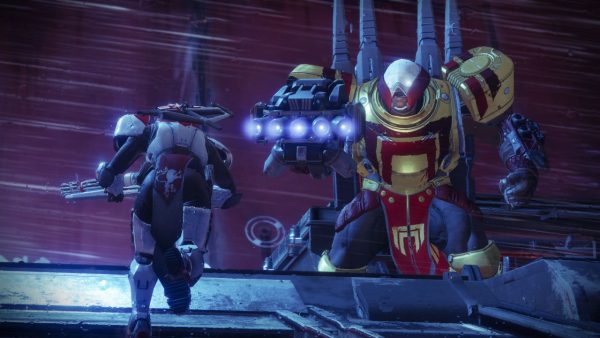 There are too many things people at the Destiny 2 reveal have been talking about, but one of the loudest conversations pertains to the game's frame-rate on console vs. PC.

Destiny 2 will be the first game in the franchise to come to PC, but Bungie wants to get it right the first time. The build demoed at the event ran at 4K, 60 fps. It turns out, Destiny 2 can do so much more.

Speaking to PC Gamer, PC lead at Bungie David Shaw confirmed that Destiny 2's frame-rate will be uncapped, meaning it can go well beyond 60 fps, if your PC can do it.

"[sic]... if you want to play at 144 [fps] and your rig will handle it, it’ll do that just fine," he said, confirming that the PC build at the reveal was only running at 60 fps because of the monitors it was demoed on. Acer provided their latest XB271HK monitors to all PCs at the event. This impressive model has a native resolution of 4K, and supports G-Sync.

However, the monitor only goes up to 60 fps, hence why all reports from the show talked about the game hitting 60 fps. Now that we know Destiny 2 can go as high as 144 fps, the ultra-high frame-rate could be a lot more doable on 1080p and 1440p.

Shaw also confirmed that the console versions all run at 30 fps. PS4 Pro is what was used to demo the game, so we know that all available consoles will be locked to 30 fps. There's been no talk about Xbox Scorpio yet, so it's unclear whether we'll be seeing an unlocked version of the game there.

Destiny 2 is out September 8 on PS4, and Xbox One. Bungie could not provide a release date for the PC version, beyond "soon."