Valve has banned quite a bit of what coaches were previously able to do to help out their teams during competitive matches. 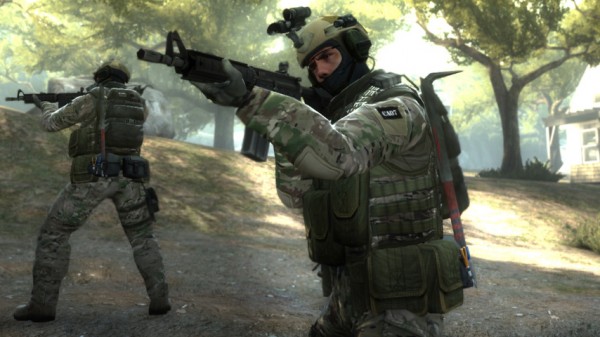 Valve has issued a new set of rules and guidelines for competitive tournaments, major and minor, to prevent coaches from helping players too much during matches. These guidelines apply to Valve-sponsored events, and the company advised third-party organisers to follow them if they want their events to be aligned with Valve's.

In a blog post, Valve said that teams were beginning to rely more and more on having coaches who handle tasks that the company believes should be handled by players themselves, and ones that fall beyond logistics, support and opponent study roles coaches once had.

Some of things coaches began doing that Valve thought resulted in limiting the ability of newer, smaller teams to compete, include keeping track of in-match economy, calling out plays and other situational awareness-assists that players should be able to do themselves.

"It has become apparent that teams are, in fact, transitioning away from fielding players that have a wider breadth of skills and instead relying on coaches to handle some of that work," the company wrote.

What pushed Valve to issue the new rules, however, is an email forwarded to them by an event organiser, who received it from a team coach. In the email, the coach requested even more in-match access, expanding coach roles beyond what's already possible.

"The forwarded email made it clear that despite the conversations we had with them, teams were further investing in coaching in a way that was contrary to the goals of the Majors and the concerns we had expressed," the post added.

As a result, Valve sent an email with the new rules to event organisers, which you can read below. Coaches can still talk to players before the matches start, in warm ups and mid-round timeouts as well as halftime - but never during gameplay.

"With unrestricted communication with their players, coaches can currently function as a sixth player, and not solely as a source of guidance or training.
Activities such as keeping track of the economy, calling plays, and general situational awareness are important components of CS gameplay. If a person is performing these actions, we consider them a player.

"Since the goal of our events is to identify the best five-player CS teams that exhibit the best combination of all CS skills, the current participation of coaches in the game is not compatible with that goal.

"To address this problem, future Valve sponsored events will enforce the following coaching rules: During a match, the coach may only communicate with the players during warmup, half-time, or during one of four 30 second timeouts that the coach or player can call. Obviously, third party events can use whatever rules they want but if you want to align your events with ours then we recommend using this coaching rule."