I bloody love Command & Conquer - and honestly, I think the strategy series birthed by Westwood Studios has had a hard time. All too often it gets lumped in with those studios and franchises that floundered once in the possession of Electronic Arts - C&C did just fine in the wake of Westwood's closure in 2003. In real terms the series only produced one dud, the steaming turd that was C&C 4: Tiberium Twilight, a closing chapter so dire it essentially single-handedly sealed the series' fate despite following a couple of quality, well-selling efforts.

Ten years have passed since the release of that disaster, and C&C has been shunted from pillar to post in that time. There's been a couple of dubious quality free-to-play games, false starts and cancelled projects. The series honestly looked dead - and then came Petroglyph Games.

Petroglyph Games is made up of former Westwood Studios staff, and after making a series of original and licensed games, they decided to take a shot at partnering with EA to remaster the classic C&C games. This is all important context: this is a remaster from a 'new' studio to C&C, but one led by staff who worked on these classic games.

The result is Command & Conquer Remastered Collection, one of the finest re-release packages I've ever seen. The concept is simple, applying recreated high resolution artwork atop the original mechanics of the original games. Both Command & Conquer and Red Alert thus play more or less exactly as you remember them with a few minor quality-of-life improvements, but crucially they run well on modern hardware and look sharp at current resolution standards.

This is similar to what Microsoft has achieved with its Age of Empires HD releases, but the C&C Remastered Collection sets itself apart with everything else that's included. This really swings for the status as a definitive package and is wholly successful. There is no other version of these classic titles you'll ever need to play.

That means this collection features a toggle between the old and new visuals, and an option to experience crisp, remastered versions of both games' classic music alongside some new stuff. There's mod support, high-quality re-recorded voice over for certain elements of the game, plus the exclusive cinematic scenes and missions from the console versions of both games. 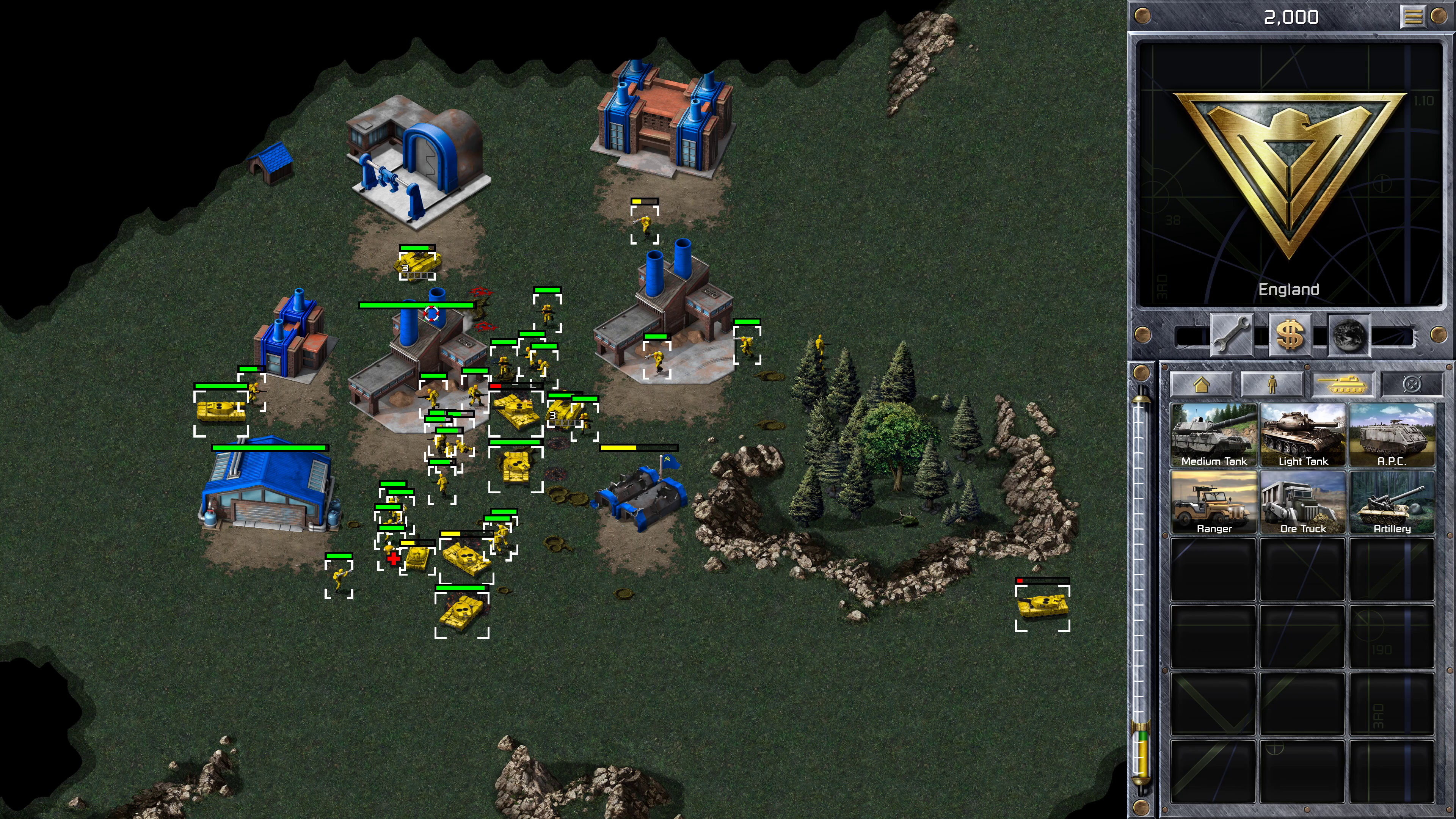 For multiplayer devotees there's a full map editor, custom lobbies and a full ranking and matchmaking system. All of this is piled atop more standard changes like an improved, high-resolution user interface, modern control options and mod support. Completing certain goals across all the game's modes will unlock bonus footage like outtakes from the famed live-action story scenes and previously-unreleased music.

All of this is excellently put together. It's a slick package, two all-timer games bound together in an irresistible package for old-school fans.

As for the games? Well, as mentioned, they are stone-cold, absolutely accurate recreations of the originals, for better and worse. There's less finesse here than in later entries and most modern real-time strategy games. You will generally do more highlighting of a big army and just pointing it into the enemy base, but at the same time the campaign missions are often ruthless, providing brutally limited resources in order to force the player to micromanage individual units extremely closely.

These aren't really criticisms; these games are 24 and 25 years old, after all. They play like their age, creaking and groaning in the face of streamlined modern design. Seasoned RTS players will definitely miss the ability to move and attack, for instance, or stances for units to stop them automatically returning fire - or, indeed, to make them do so more proactively. These are elements of the design, however, and it's fair to say that to change them would change these games and upset their balance - so these elements have been left as-is. 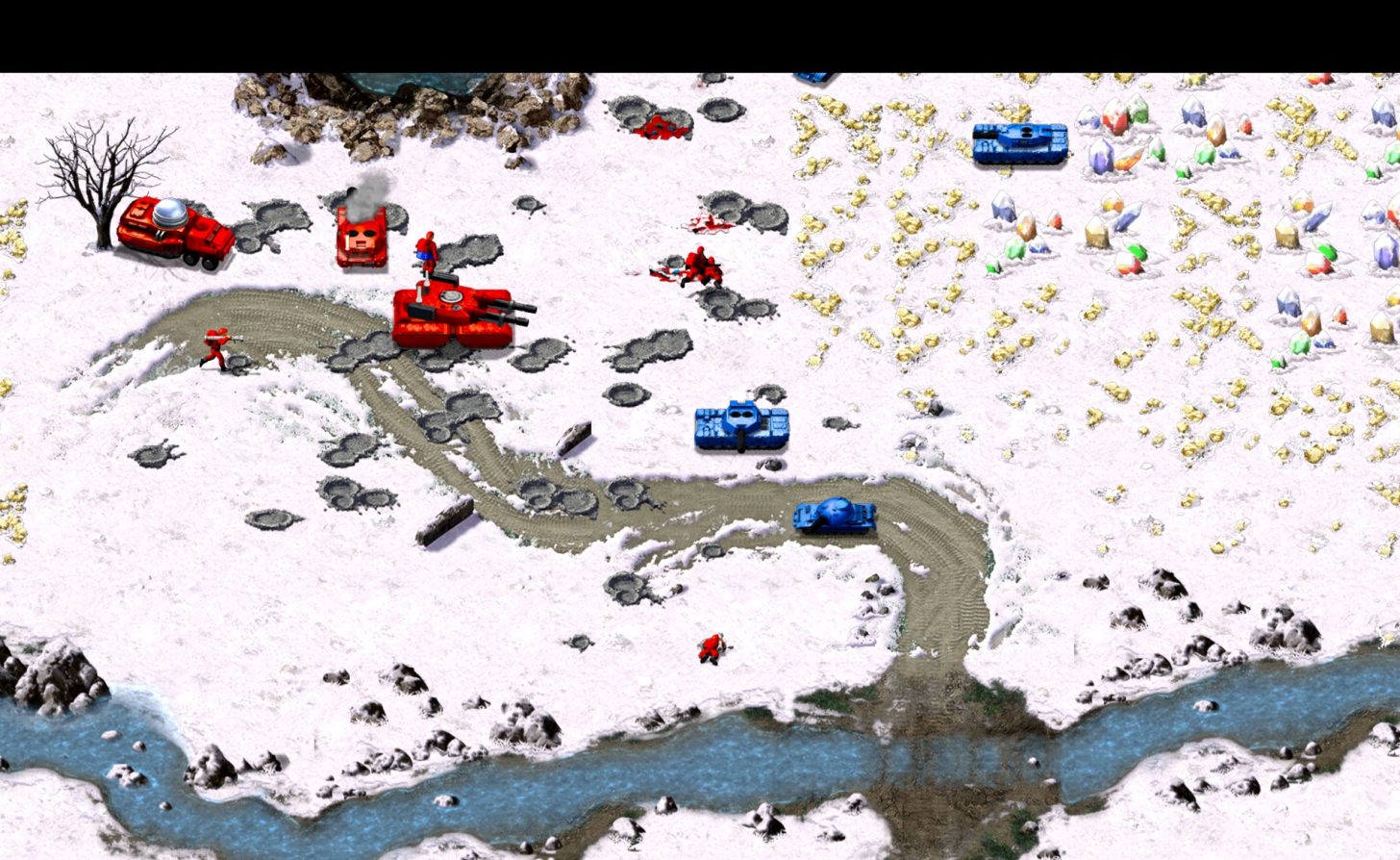 In fact, the only element of this package that I can really criticize is down to the unfortunate loss of the original source recordings for those live-action story scenes and their accompanying CGI movies. Both have been churned through an AI upscaling filter to improve their resolution, but the results are always pretty mixed. This is disappointing, but again, it's difficult to be mad: in the fast-moving world of video games, these are relics. They belong in a museum.

That's the beauty of this package, in fact: preservation. Here we have a company lovingly creating a definitive version of a game, bringing together all content in one handy place. If your favorite mission was on console, or your favorite character Carville, you don't need to drag out a PS1 or Saturn to experience it. If you played on PC, you no longer need to wrestle with compatibility nightmares only to play a fuzzy, low-res mess. These games are preserved, and in brilliant fashion.

The occasionally wonky balance and execution is acceptable because it's part of the experience - but it also leaves me hopeful. If this game does well, it'd be great to see the entire series get this treatment; Tiberium Sun and Red Alert 2, Generals and even Tiberium Wars and Red Alert 3, which for my money are underrated by the dyed-in-the-wool Westwood fans and would be far easier remaster jobs. What about the last game? What last game? Command & Conquer ended after Red Alert 3, right...?

Anyway - this remaster is a winner. It's a stellar package, and hopefully a template for what is to come. The minor shortcomings are all due to the age of this title - but this is an old game. You have to take it for what it is - a glorious little piece of history. In presenting that, this is a practically flawless release - but the old-fashioned, less friendly design in places will mean this one isn't quite for everyone.