The retro announcement Capcom was teasing earlier this week is for a plug-and-play mini arcade system.

Like Nintendo, Sega, and Sony before it, Capcom is getting into the retro mini-arcade system with one of its own: the Capcom Home Arcade.

Looking over the images, its an all-in-one controller and gaming system. The Sanwa JLF-TP-8YT sticks are "competition class" with 8-way GT-Y directional gates and OBSF buttons.

The 16 pre-installed games are from the original Capcom CPS1 and CPS2 arcade ROMs with emulation provided by FB Alpha.

It supports co-op and the ability to upload your best scores via the system's onboard WiFi to a worldwide high score leaderboard.

The Capcom Home Arcade launches October 25 ad will run you €229.99 ($260) or the regional equivalent. It is available now for pre-order through the Capcom Online store. Other retailers will be announced "soon." 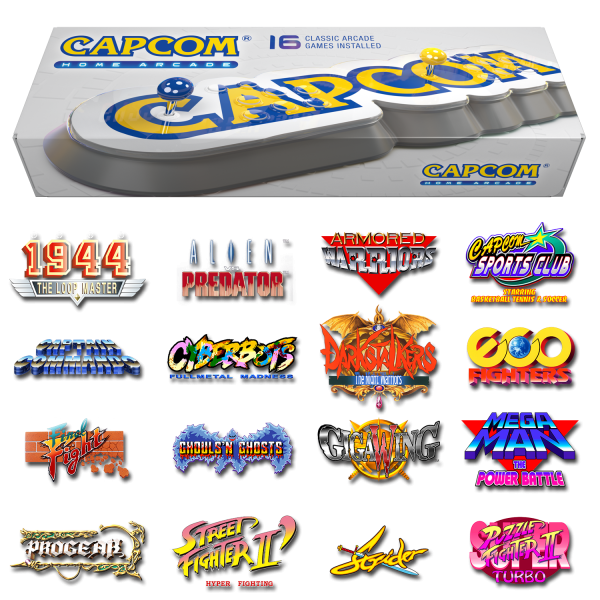