Ubisoft will host a closed beta for Roller Champions in select European countries in February.

The Roller Champions closed beta will go live on February 17 and run through March 1.

It will only be available in the countries noted in the image at the bottom of this post.

The closed beta is an opportunity to get an early taste of what the game has to offer and provide your feedback. You can sign up here to be among the first players to try it out.

Progression will not be saved, but beta players will earn exclusive rewards when the game is officially live. The tester will be made available on PC, PS4, and Xbox One.

Roller Champions will be released early this year, after originally being slated for 2020. Announced in 2019, the game is Ubisoft’s second major foray into the action sports market after Steep.

It is essentially a roller derby game taking place inside closed circuits.

The game is a free to play, PvP game, where two teams of three players face off in global arenas. A limited-time demo of the game was made available after it was announced and a closed alpha was held back in March. 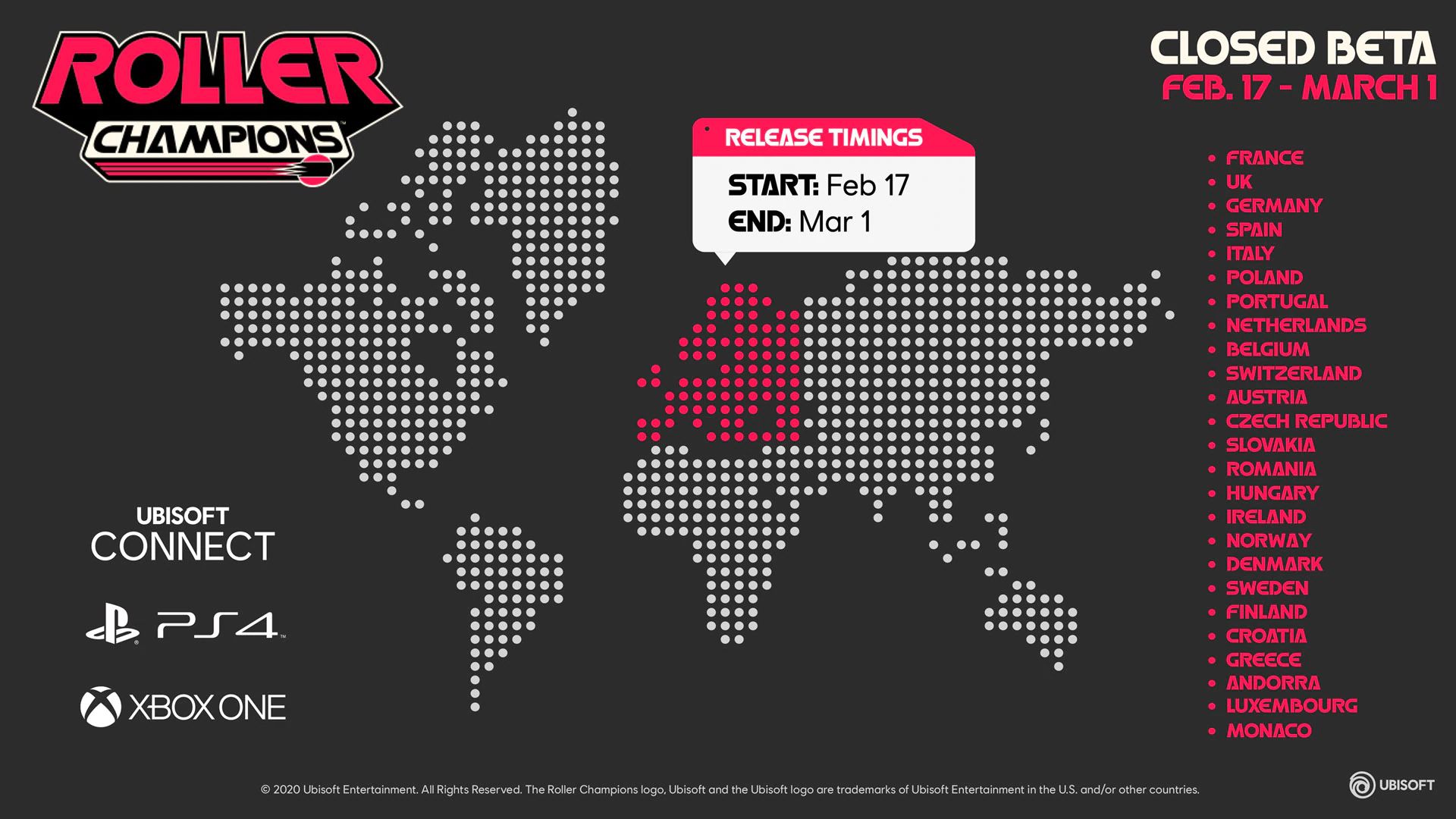