Capcom has released a new trailer for Monster Hunter World: Iceborne’s final update – Title Update 5 – which will be arriving in-game on September 30 at 5pm PT/8pm ET.

The new update is a pretty big one, adding new monsters and new gear sets, too. Amongst the new arrivals are Fatalis, a legendary dragon that was introduced back in the first Monster Hunter game on PS2, and arch-tempered Velkhana.

Fatalis comes with two armor sets, and Velkhana comes with one set you can harvest from its hunted body. Good luck if you’re going into these encounters, though; these two are some high-level monsters.

You will need to clear Iceborne’s main story quest and the Alatreon investigation before you can depart to Castle Schrade and face off against the black dragon.

The video also details some more information about the upcoming Halloween event that’s due to land in-game, called the Fun Fright Fest” and that’s dropping on October 16.

The trailer also shows off the game’s next collaboration: Monster Hunter Iceborne x Universal Studios Japan – taking part in the quest will get you a Samurai Armour Set with Azure Rathalos skills, a water element Longsword, and a Palico Samurai Armour Set and more besides. 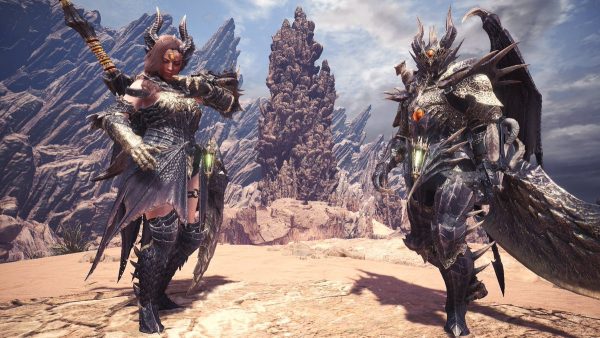 This is the final Title Update confirmed for the game. Capcom will be shifting focus onto other Monster Hunter games in the future, such as Monster Hunter Rise. You can see the patch notes for the incoming update at the link.