Microsoft has pretty much revealed all remaining details about Xbox Series X this week. We finally got the price, release date and even when pre-orders will go live.

Now that retailers are free to start putting their Xbox Series X pages live, we’re getting our first look at the box the console is going to come in. Canadian retailer The Source (via Wario64) already has a pre-order page up, and wouldn’t you know it, it actually has a picture of the box.

Microsoft is so proud of the Series X’s fan grill with its Xbox green back lighting that it’s what adorns the front of the box. The Series X logo emphasises the X, which make sense. We also see the usual stuff on the front, like the SSD drive capacity, and a reminder that the console supports 4K at 120fps. 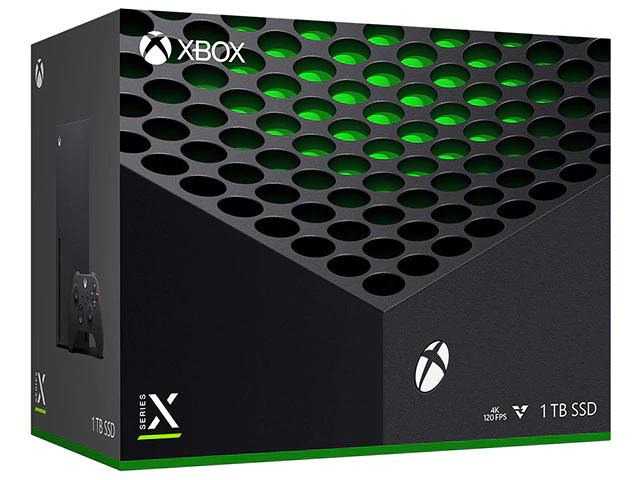