With the 1.0 launch of Risk of Rain 2 comes new content, new bosses, and new areas. But most importantly, you can now unlock another playable survivor: The Captain.

While the steps are quite straightforward on paper, unlocking the Captain will take time and more than a little effort. Doing so will not only net you the character to play as, but the Washed Away achievement as well.

And if you’re trying to see as many of Risk of Rain 2’s recent additions as possible, then you’re in luck – unlocking the Captain takes you to the new moon area and puts you face-to-face with the new boss too.

Although it arrived slightly later than planned, this content drop completes Risk of Rain 2’s early access forecast roadmap that was outlined back in spring 2019.

Risk of Rain 2 – How to unlock The Captain

We’ve seen a lot of reports of people getting stuck on the moon, so try to stock up on reliable movement items before you attempt the boss. 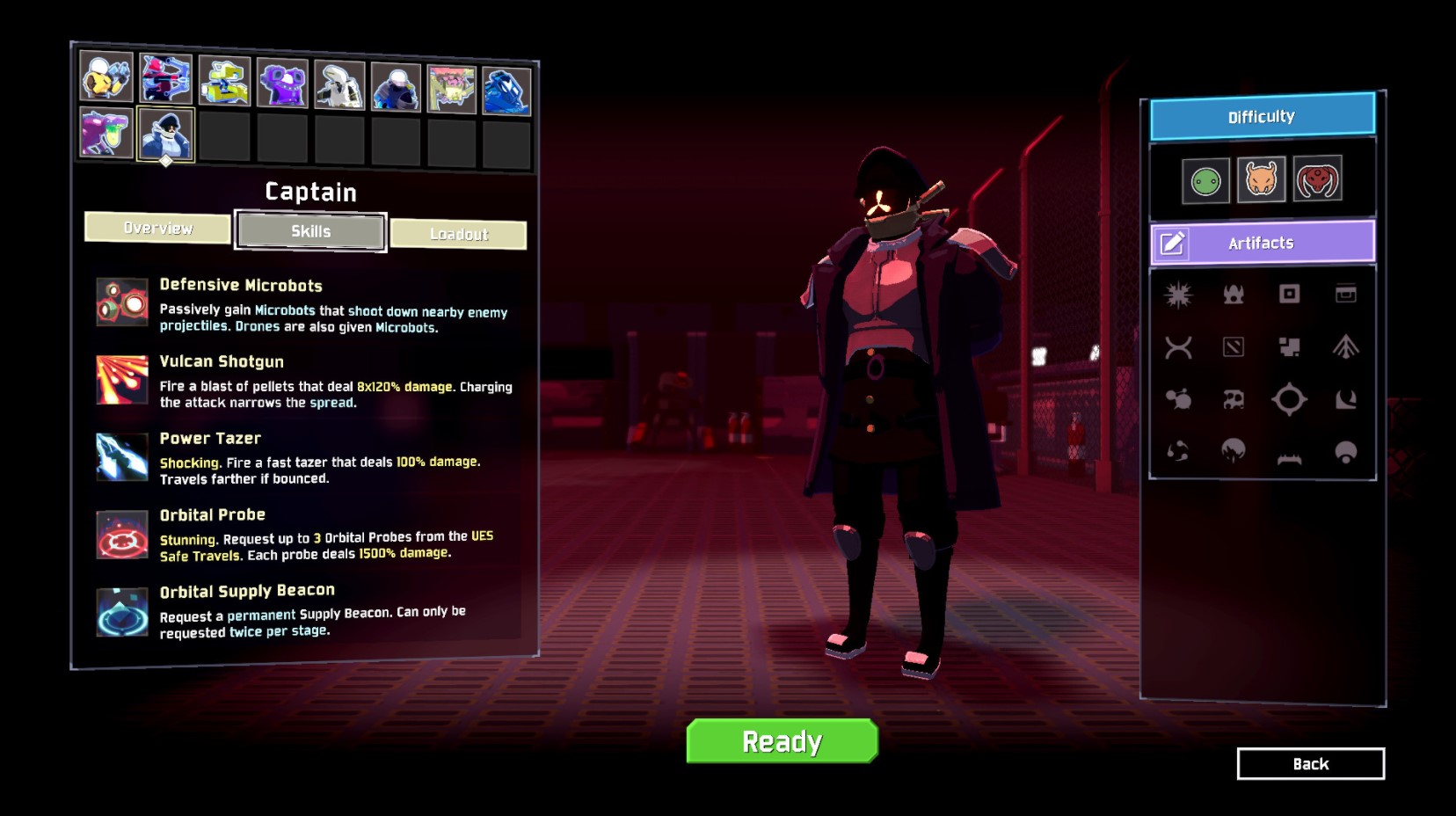 Whether you’re deliberately trying to unlock the Captain, or just saw the ominous message appear on your screen during normal play, to start you’ll need to get to Sky Meadow from Stage 5 onwards during your run.

There are conflicting reports of what to do next circulating, but both seem to yield the same result.

Some people have found success by interacting with the central pedestal (not the outer prongs) of a regular Teleporter in Sky Meadow. Once you’ve interacted with the Teleporter, charge it through the event as normal and enter to get to Commencement.

This is supported by the embedded video by YouTuber Woolie below:

However, you can also find a blue particle Teleporter which when charged will also transport you to Commencement.

This is supported by this second embedded video from YouTuber VanillaPuma:

Risk of Rain 2 Mithrix, King of Nothing

Once you reach the new lunar environment, Commencement, you’ll be placed on the critical path towards Risk of Rain 2’s final boss.

If you’re unsure of the route, the VanillaPuma video above quickly runs through the route from the timestamp 1:42.

At the end of the path, you’ll be able to use one of the four jump pads to reach the boss area.

Here, you’ll square off against Mithrix, King of Nothing. The final boss.

In this four staged boss fight, you will need to be constantly aware of your position in relation to Mithrix, and his attacks.

In the first stage, he’ll primarily focus on melee. This means you need to anticipate and jump backwards to dodge his attacks.

Because he covers ground so quickly, it might be a good idea to practise timing your jumps to spring just before he starts his attack pattern – otherwise you’re relying on a very short cue. This also makes items that slow or block his movement very useful.

When he leaps into the air, get ready to jump over the resulting shockwave.

In the second phase, you’ll have to take on Lunar Chimera Golems and Wisps as multiple enemies flood the arena.

Stay mobile and approach this as you would any difficult encounter with a lot of enemies on-screen.

For the third phase, you have to fight both Mithrix and one of the larger spider golems from the second phase at the same time.

Focus your attention on Mithrix because the other enemy will disappear when he goes down.

You can rinse and repeat your strategy from the first phase, but now he has a couple of new moves. First, he can send out a shockwave without jumping into the air – so be on guard to jump at all times.

Second, he can close distance between you by sprinting forward and shooting fast energy shots. You need to dodge this to the side rather than backwards.

Finally, he can also zone out the arena with a large energy attack. To stay safe, you need to look at the floor and move to a space that’s not covered with blue energy before the attack goes off.

In the fourth and last phase, he’ll kick off the round by stealing your loadout and rely mainly on ranged, energy attacks. You need to hit him to restore some of your items.

To blast through this stage of the fight, it’s as simple as keeping your distance and dodging the projectiles.

Once the four stages are defeated, you’ll need to scramble back to the waiting ship at the start of the area within the time limit to escape.

With just seconds to spare, as you board the ship you’ll roll the final cutscene and pop the Washed Away achievement.