Dungeons and Dragons could be doing away with the term “race” in character creation, and fans are suggesting plenty of better alternatives.


Back in June, Dungeons and Dragons principal rules designer Jeremy Crawford responded to a query about a yet-to-be-announced Dungeons and Dragons product – however, the tweets recently resurfaced on ResetEra, where players are having a lengthy conversation about ways to redesign the game in a fairer and more thoughtful way.

You can check out the original tweet below, which is the first piece of evidence suggesting that Dungeons and Dragons might be removing the word “race” from character generation.

The not-yet-announced product below still hasn't been announced. I'm excited for it! #DnD https://t.co/8GsGRgSI1p

The project Crawford claims he is excited for is quoted in the tweet he is replying to, and reads as follows:

“Later this year, we will release a product (not yet announced) that offers a way for a player to customize their character’s origin, including the option to change the ability score increases that come from being an elf, a dwarf, or one of D&D’s many other playable folk. This option emphasizes that each person in the game is an individual with capabilities all (sic) their own.”

A Dungeons and Dragons fan responded to Crawford’s reply with a tweet of their own, saying, “I notice the word “race” isn’t used. Is WOTC looking to exchange that word with another, perhaps more accurate word? I feel ‘species’ captures what it really is better, but it feels a bit too sciency.”

“Fun fact,” Crawford replied. “The word ‘species’ has been in use since at least the 14th century, which is in a time period D&D often emulates.” 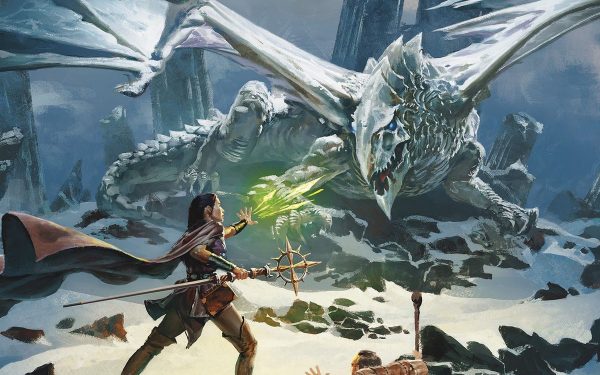 People have taken to the ResetEra thread linked above to offer their own substitutes, with many players expressing that “species” does, in fact, sound a bit too science-oriented.

“Ancestry is the best word to substitute,” wrote one user. “Good on them in any case.” Other suggestions include lineage, kin, folk, and more. The only unanimous consensus appears to be the fact that “race” needs to go, and it looks like it’s going to.

In related news, Wizards of the Coast is planning “seven or eight” new games for the near future.