A Roller Champions closed alpha will be held starting next week and you can sign up for it now.

Those interested in giving Ubisoft’s Roller Champions a try ahead of release can sign up for the game’s closed alpha.

The closed alpha will take place March 11-23 and you can pre-load starting March 9. Start and end times are shown below. You can sign up for your chance to participate here.

In order to participate, you will need a Ubisoft account as the alpha test is limited to Uplay on PC. 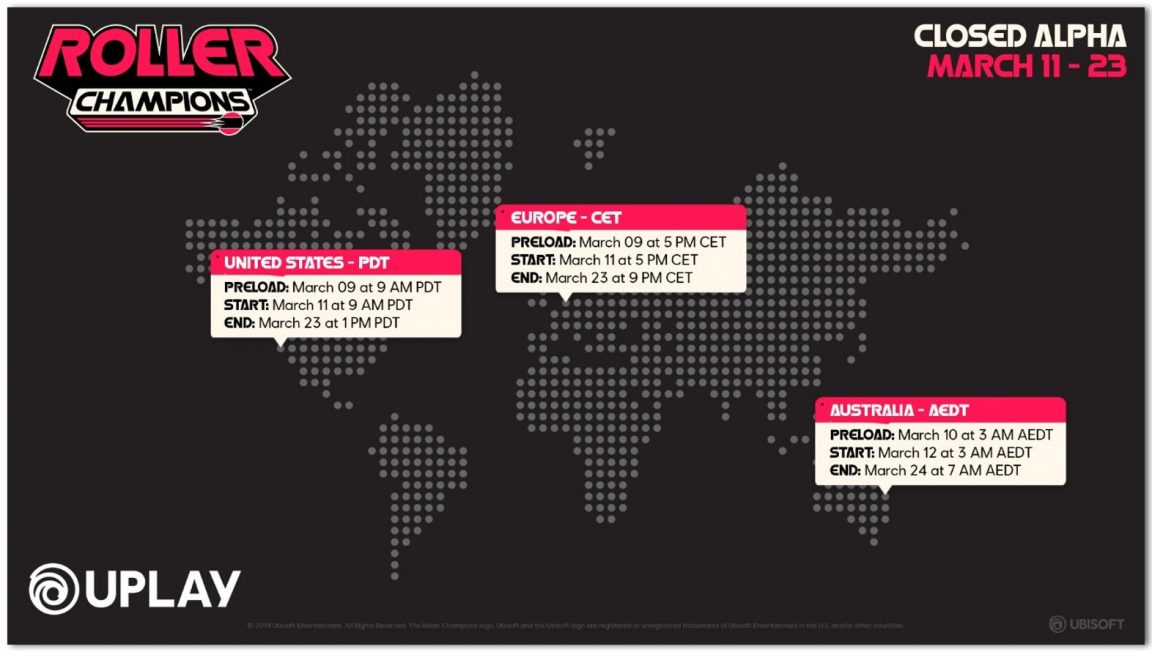 If you are selected for the closed alpha, you will receive an email that will allow you to download the game in your Uplay launcher. If you aren’t chosen for this particular test, you will be placed on the waiting list for a chance at an upcoming closed beta.

Should you be selected, you will be able to invite two friends off your Uplay friends list to try it out. You will be able to create a group with your friends and matchmake as a team of three. Or, you can let the matchmaking system choose both the team and opponents.

Because it is a work-in-progress version of the game, character progress will not be carried over to the final game. Those who participate will be given will the Live Tester outfit which will carry over to be useable upon the game’s release.

The alpha also isn’t under NDA so feel free to stream to your heart’s content if you wish.

During closed alpha you will have access to the following:

The download file is approximately 3.5 GB, and PC requirements for the test are below.

Roller Champions is Ubisoft’s second major foray into the action sports market after Steep. The game was made official at the publisher’s E3 2019 conference. It is essentially a roller derby game taking place inside closed circuits. It’s a free to play, PvP game, where two teams of three players face off in global arenas. A limited-time demo of the game was made available after it was announced.