Remember GAME – that shop we used to buy video games from?

I fondly remember heading into those stores to search through the pre-owned section and uncover rare gems. That’s actually how I ended up playing Demon’s Souls for the first time.

There was a ritualistic quality to it: buying the game, getting on the bus, opening it up and reading the manual on the way back home. Remember manuals? This was all before GAME decided its best business plan was to fill the shop up with tacky Funko Pops and charge a fiver more for pre-owned games than they cost new.

Since it’s 2019, GAME’s new business plan is social media shares and internet outrage via the medium of food in a tin can. The Christmas Tinner is aimed at the “lazy gamer”, which seems a bit daft since a lazy gamer could probably order quite a nice meal from a local takeaway with a few clicks. Still no reason to actually visit GAME, then. 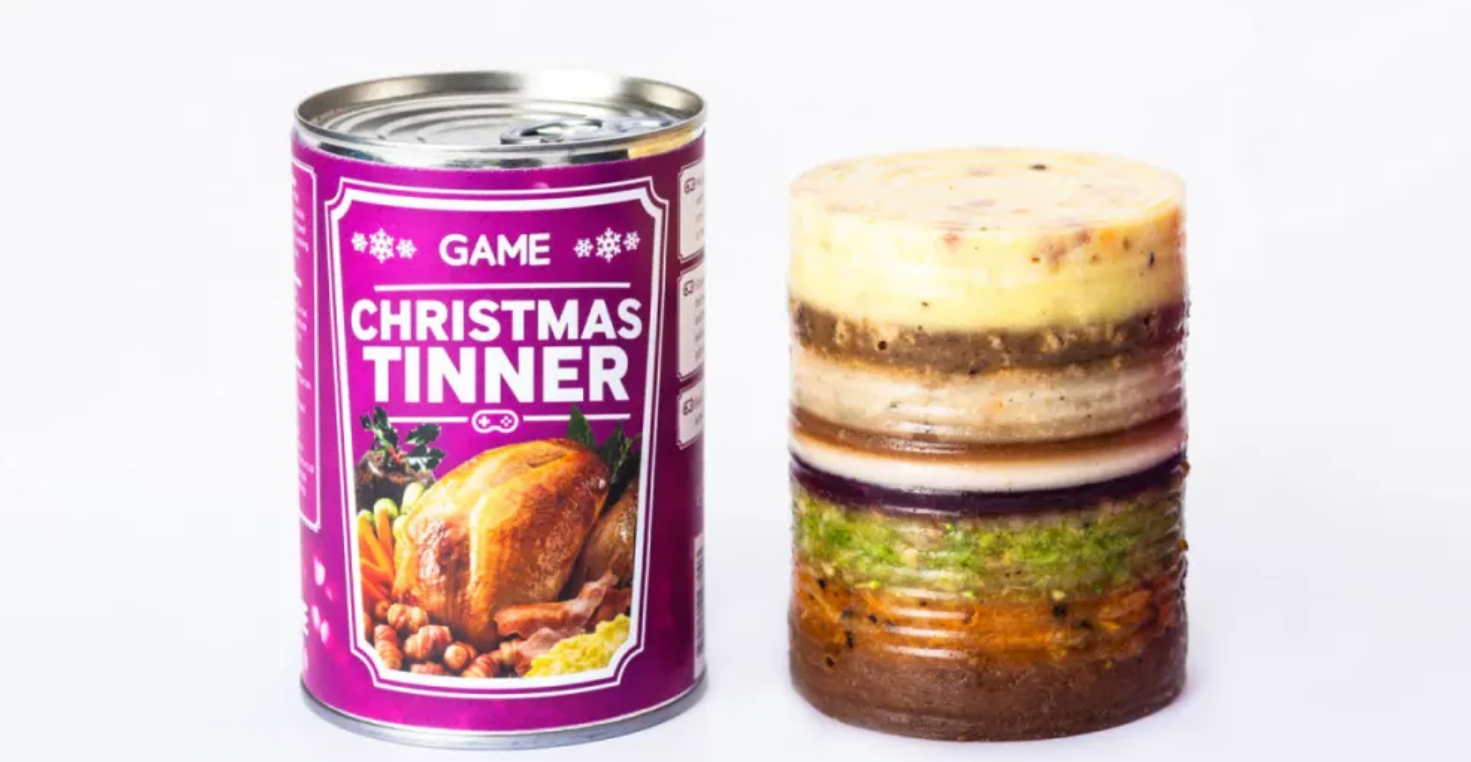 “The ‘Christmas Tinner’ is back – a 3-course meal in a tin for those hardcore gamers that don’t want to leave their gaming chair on Christmas day. All you have to do is start from the top and work down from morning until dessert…

“You can now get your teeth into GAME play all day without having to miss out on a mouthful of your favourite festive food, listen to Uncle Nigel’s bad jokes or get forced into doing the washing-up.”

Shut up, GAME. Shut the hell up.

The “meal” contains a layer of scrambled egg and bacon, two mince pies, turkey and potatoes, bread sauce, cranberry sauce, brussels and stuffing, carrots and parsnips, all stacked on top of a Christmas pudding. It looks like the contents of someone’s gut and I wouldn’t feed it to a dog.

You can even purchase a vegan option now, which is at least probably slightly less disgusting, since it’s not a bunch of offal stuffed into a metal tube.

Update: apparently GAME has been doing this for years, but the vegan option is the news. It’s still fucking disgusting and a flaccid attempt at clawing back some relevancy. In the words of Santa, “No”.