Rockstar Games has revealed Red Dead Online’s latest Legendary Bounty for players to track down and haul in: an arsonist and murderer by the name of Cecil C. Tucker. He’s available in the game now following this week’s update.

“A mere twenty years old,” reads the bounty description, Tucker is wanted for “burning down homes in the slums of St. Denis. Since going on the lam, Tucker has aligned himself with local ne’er-do-wells in the Lemoyne Raiders and has been sighted entering Fort Brennand, north of St. Denis.” 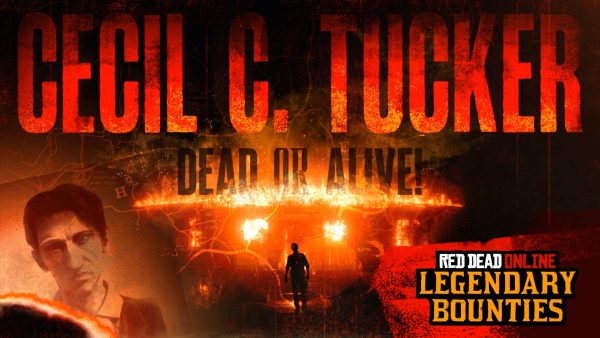 Licensed Bounty Hunters can access the Legendary Bounty mission from a Bounty Board. Once completed, the bounty will be replayable at a higher difficulty.

New rewards have also been introduced this week and can be picked up by Bounty Hunters, Traders, and Collectors, along with new cosmetic items and emotes for Red Dead Online on Xbox One. You can check out the official post for full details on that. Additionally, Sureshot players can put their abilities to the test in the new Free Aim mode “Last Stand,” a free-for-all bloodbath where the aim is to be the last gunslinger standing. Sharpshooters can also try their hand at Free Aim variants of the Shootout, Takeover and Elimination Series through October 21.