There’s a lot of good to say about Borderlands 3’s cel-shaded art style, but picking out details at a distance isn’t one of its strong suits. This can make one of the mid-game puzzles – where you have to set the cabaret stage at the Jakobs Manor – tricky to figure out.

Here’s the solution to the cabaret stage puzzle at the Jakobs Manor during the Lair of the Harpy story quest!

Once you’ve taken out your newly annointed friend Billy in the stalls, it’s time to head up to the balcony to try and open the secret trapdoor to Jakobs senior’s private study.

The trick to working out the puzzle is to look at the torn poster on the floor in front of the stage controls: 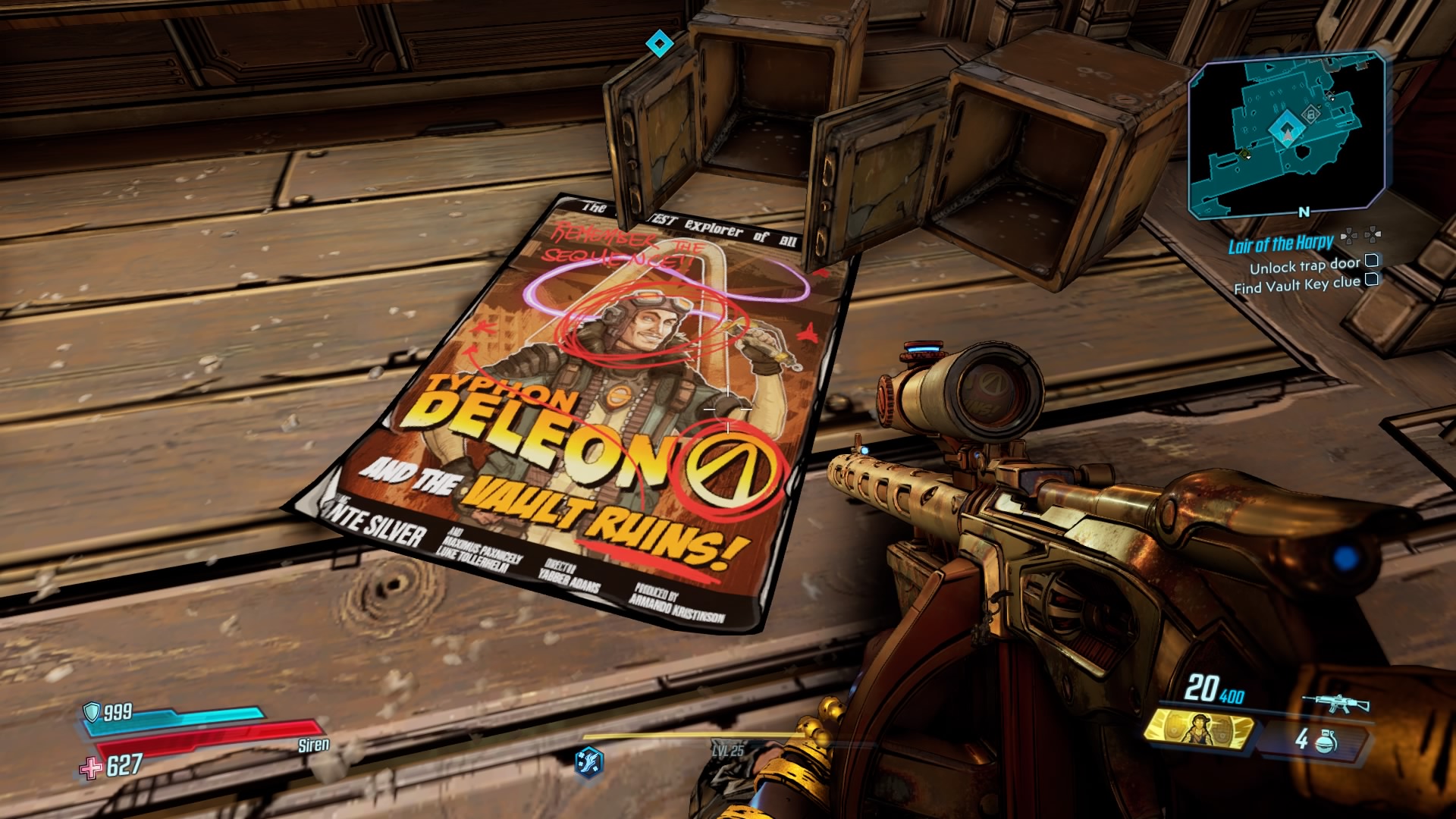 Here you’ll see a smiling Typhon Deleon – yes, the same guy that’s been leaving the Typhon Logs all over the galaxy – alongside the vault logo.

The clues you have to act on are the red lines drawn on the poster: circling Typhon Deleon, the vault logo, and underlining “ruins”.

So that’s what you need to change the stage set to include. Pull the three levers in front of you to enact the changes.

You’ll put Deleon on the left of the stage, the vault logo on the right, then the brown ruins background in the centre. 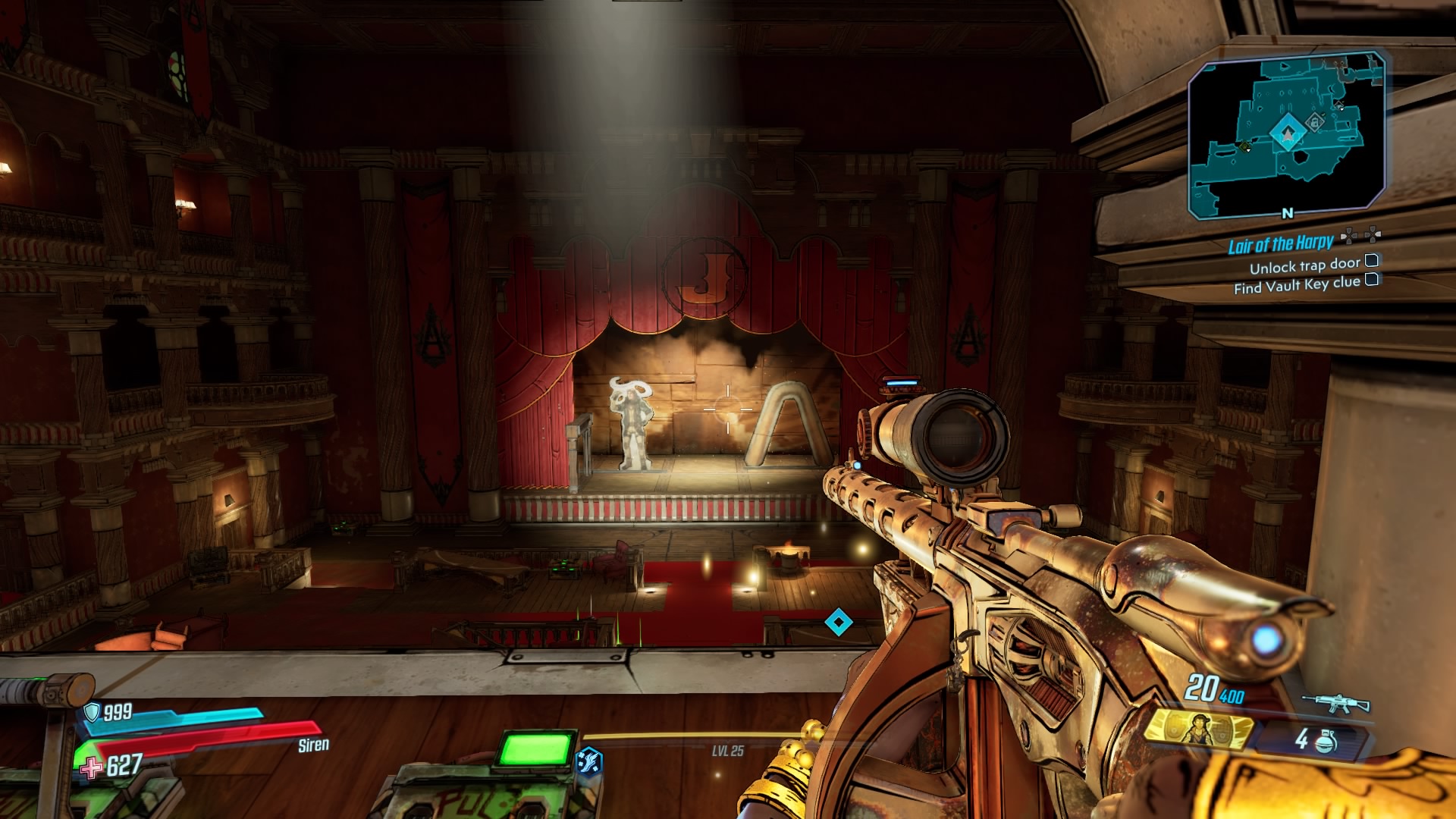 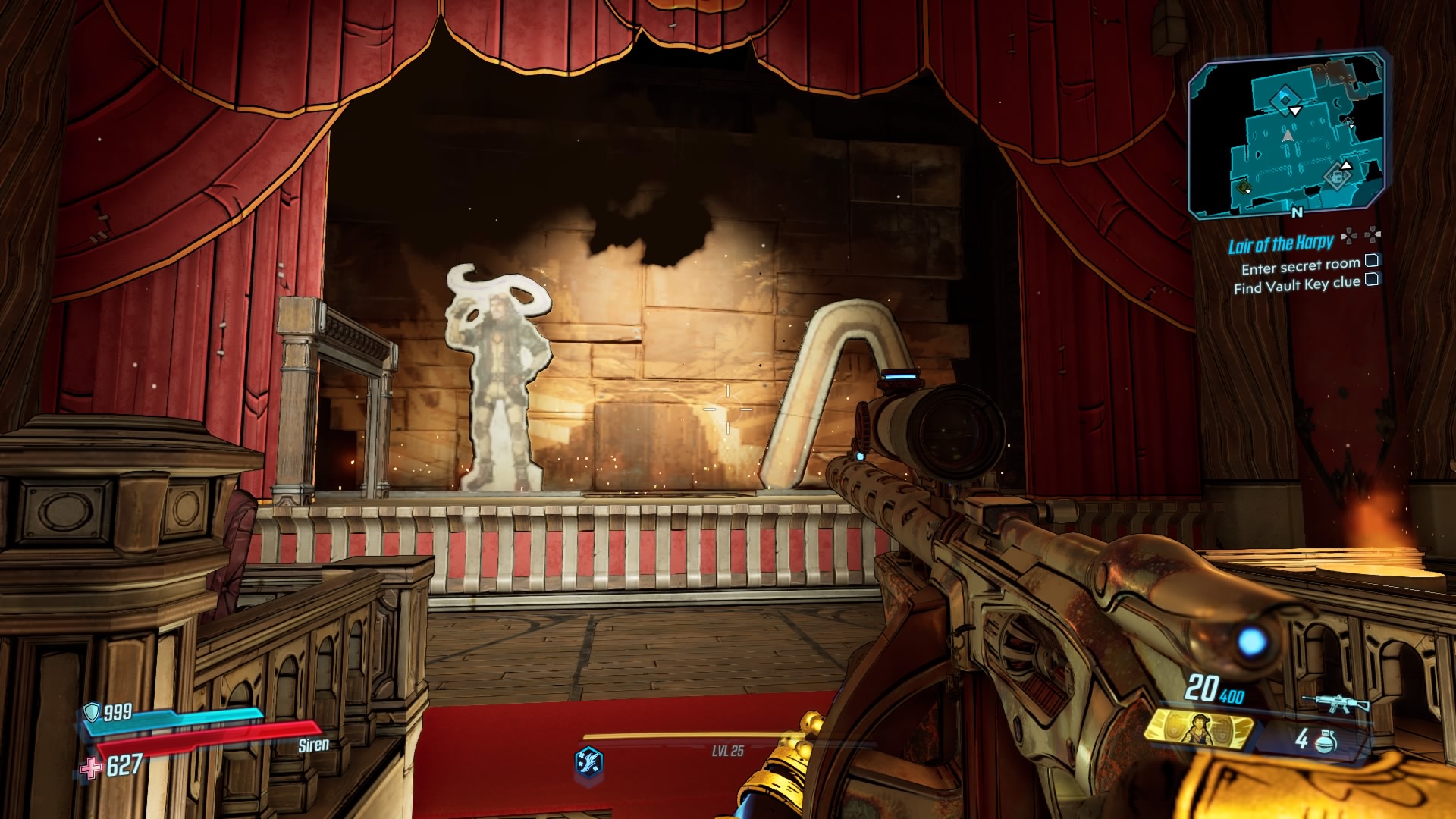 With that done, you’re now free to jump down centre stage and search the lower level of the manor for the clue to the vault key!

For more on Borderlands 3 take a look at our character build guide, here. Or if it’s overpowered weapons you’re after, here’s where to get the Ricky and Morty shotgun, the One Punch Man gun, and the Porcelain Pipe Bomb grenade.