Apex Legends is getting into the retail game with two new boxed editions of its own.

Like Fortnite and many other free-to-play games before it, Apex Legends is also interested in courting some of the games retail audience by offering a bundle of in-game items and currency in boxed form.

EA has announced two new physical editions, available for PS4, Xbox One, and PC – though without a disc in the box for PC. The Lifeline Edition and Bloodhound Edition each include a unique legendary skin for the titular characters, a legendary weapon skin, 1,000 Apex Coins as well as a banner and a badge.

Considering the price of legendary skins in Apex Legends, that’s not a bad deal. It’s worth keeping in mind, too, that the hero skins appear to be exclusive to their respective editions. 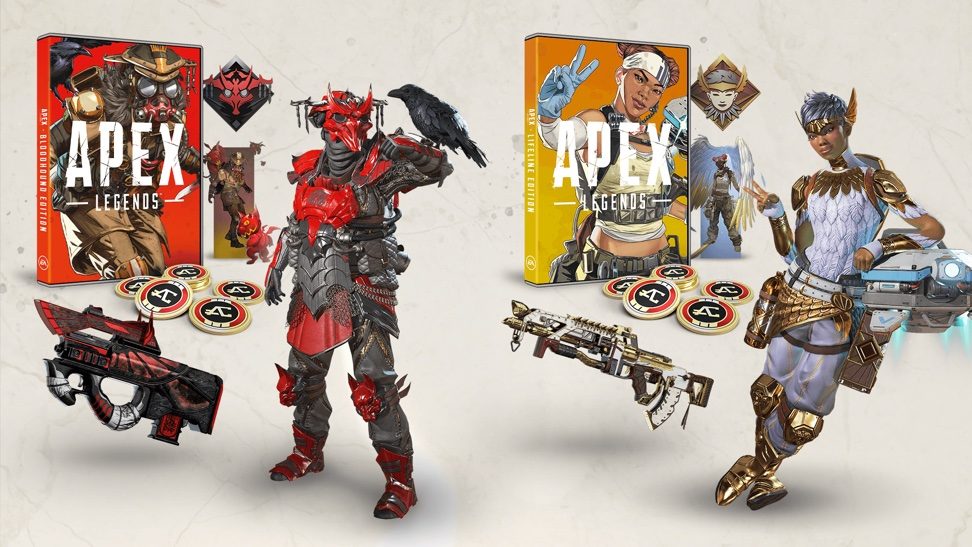 Read on below for the contents of each one: