The Cycle isn’t a battle royale, but it’s hard to talk about it without invoking the term.

In fact, The Cycle feels like it’s aimed at folks who are already starting to tire of the new dominant shooter subgenre, who enjoy the scale and pressure but who also want something a bit different, an experience that doesn’t feel like Fortnite or Apex Legends but which has clearly paid attention to what makes those games successful.

The Cycle is a competitive ‘quest’ shooter, in which you’re dropped onto the alien planet of Fortuna III – either alone, in a duo, or in a squad of four – and tasked with completing as many missions as you can and eventually extracting within 20 minutes. Those missions are, for the most part, very simple. You can mine materials scattered around the planet, which will usually attract aggressive alien lifeforms for you to attack. You can recharge a power station, which will, uh, usually attract aggressive robotic lifeforms for you to attack.

You can gather certain resources that will make you a target of the other players on the map, salvage drones, hunt for powerful beasts, or activate ‘uplinks’ by standing in them for a while. There’s a few different ways to gain points and rise up the leaderboards, most of which involve going to a location, perhaps pressing a few buttons, and shooting a lot of enemies.

Everyone starts with a basic pistol, but with a quick press of G you can summon up a shop overlay and purchase new weapons, with your choices being based on the loadout you’ve unlocked by playing thus far. This is a free-to-play game, so yes, those who spend money will have better access to more guns faster – but you’ll have to kill enough enemies to earn the credits to purchase them once the match starts, though, which is a tall ask. This means that everyone starts on equal footing, and that you’ll need to do an awful lot of killing to afford to buy your most powerful weapon.

Run into one of the 19 other players roaming around the map and one of the game’s smartest systems kicks in. A tap of ‘T’ gives you the option of forming a truce, if both players accept it, letting you work together to complete objectives and deal with anything that tries to kill you. It lowers your shield, but it also turns off friendly fire between you and anyone else in the truce (you can have up to four players working together). As a natural wuss I have accepted every truce offered to me and have often found myself playing cat-and-mouse with aggressive players while repeatedly suggesting that we just be friends and team up (which is yet to work once they’re already shooting at me, sadly). A truce can be broken at any time, but there’s a slight cooldown so that you can’t immediately shoot your newly-betrayed ally in the skull and nick their weapon. Taking down a truce breaker is, naturally, very satisfying, as much as you might prefer their friendship. It’s a great, smart system, one that makes every encounter with another player tense without necessarily being disastrous. 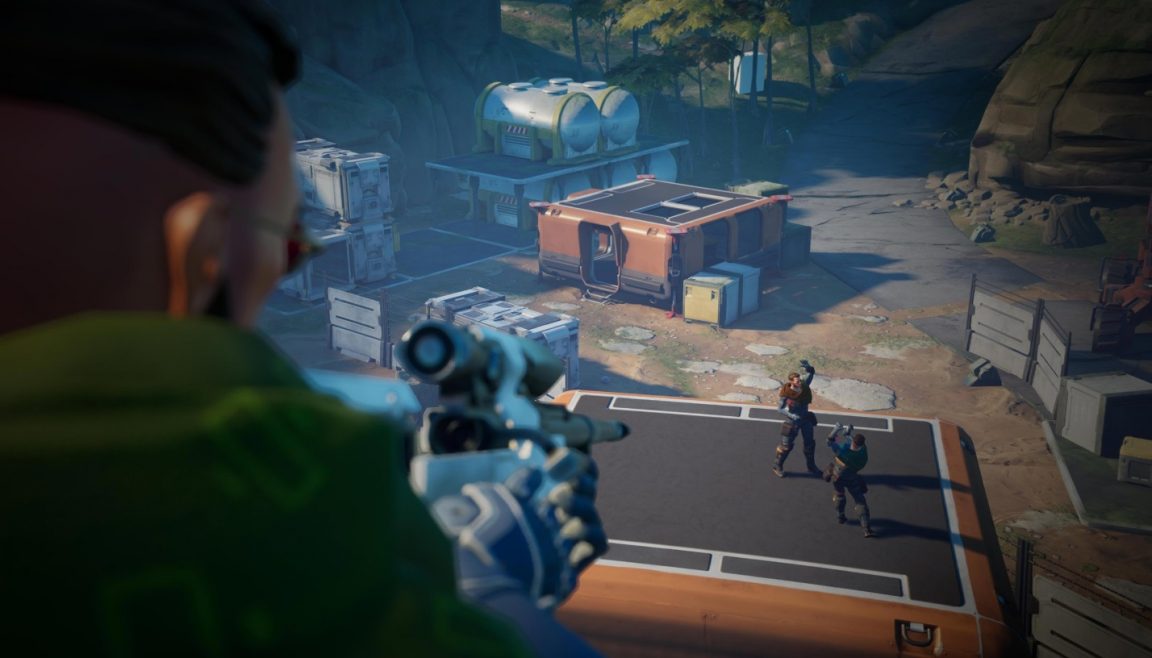 There are other smart little mechanics scattered throughout. When you’re downed, you’ll either get back up if you go long enough without taking additional damage, or once per match you can respawn at the drop pod that brought you to the planet in the first place. If you happen to go down during a minor encounter, or the person or creature that did this to you is distracted, it’s possible to take a risk and wait out the timer – it adds a neat strategic element to being downed. The Cycle also borrows Apex Legends’ ‘ping’ system, as all large-scale multiplayer games undoubtedly will (and should) for the foreseeable future, but it also takes something else from a popular Respawn game – the end-of-match evacuation.

When a few minutes are left, the evac ship will start its descent to a certain point on the map. When this happens, you can either head straight there, desperately try to complete more objectives to climb the ladder, or wait for things to play out a bit and then waltz in to deal with a less chaotic landing point. Before the ship can land, the landing bay first needs to be cleared of critters, and because there’s only one ship it brings every player together into one place. If you’re anything like me, this means you’ll be desperately slamming ‘T’ in the hope that someone will help you rather than open fire. To win, you need to not only complete the most objectives, but also successfully extract – and if you’ve had a bad run, you can score a higher position by simply killing your fellow explorers before they can board the evac ship.

Outside of matches, you can upgrade and craft new weapons and abilities with the resources you’ve gathered in-game, and as you earn XP you can earn blueprints from the different ‘factions’ that exist in the game’s largely backgrounded lore. This is, of course, where the game is going to ask players for money until the game hits full release. You can drop up to $60 in-game right now for a pack containing $50 worth of in-game currency, two emotes and a bunch of customization stuff, which seems a little rich, but to the game’s credit I never felt like I was enjoying it less for not having spent any money. 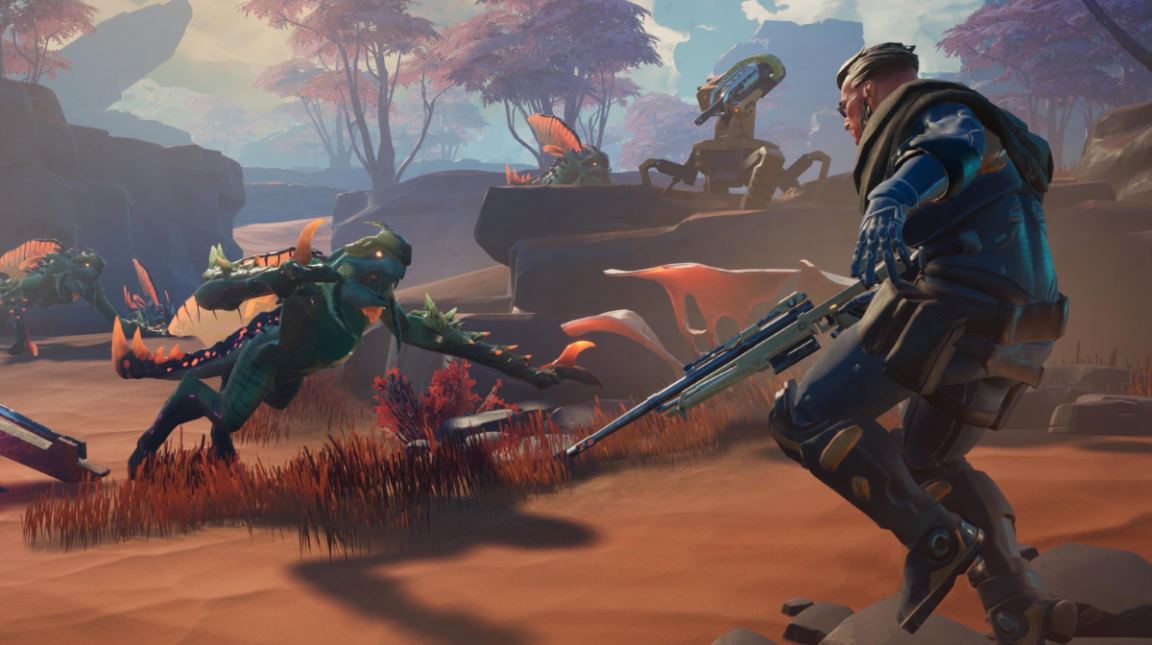 The Cycle is showing plenty of promise, then, but it’s still clearly in early days despite a high degree of visual and mechanical polish. Hopefully the final release will be a bit more varied, or feature more objectives; while The Cycle is plenty of fun it can be repetitive. Across multiple matches, I didn’t feel like I had many standout moments, of evolving personal narratives. I’ve enjoyed The Cycle, but I don’t come away from it with anecdotes, or funny clips, or really anything beyond the mild satisfaction of having played a pretty good work-in-progress game. There’s also, at the moment, not that much incentive to actually make it onto the dropship beyond the sweet feeling of victory – you’ll still get XP and get to keep the resources you gathered even if you get killed. Because of this, I was never really sure why the other players at the evac site were trying to kill me when we could all escape together, but hey, you do you, other players.

In any case, The Cycle feels like the foundations for something compelling, and it shows how the battle royale craze could influence the next generation of shooters, even the ones that don’t fit within that genre. It’s currently available in open Alpha on the Epic Games Store.